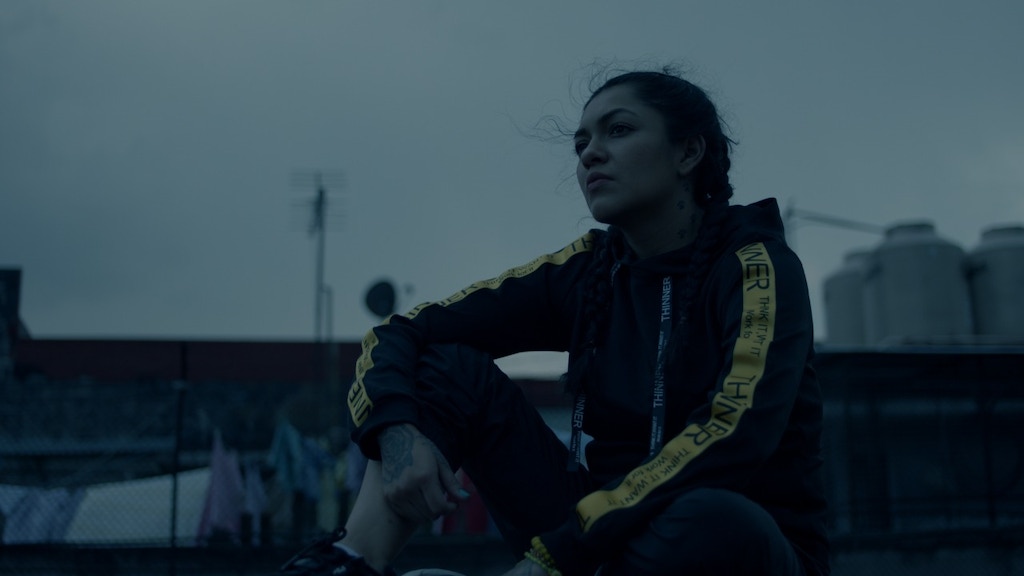 Boxing has had to take new directions and new security measures in times of pandemic. In order to move forward with boxing, new commercial and media strategies are implemented by

A joint work with promoters, managers, council people and fighters who seek to get a place in boxing come out to star in new functions with the new normal and a closed door. History

The big leagues and elite boxers have had to find a way to stay on their feet despite time and difficulties. These athletes continue to prepare every day in the most emblematic gyms in

Mexico for their next fight. This is a world championship or a world title defense.

But what does a fighter do to reach 12 rounds?

The contrast of the daily routine and the work as a boxer, make the fight happen inside and outside the ring to work on a better version of themselves. The essence and the human side of

our characters will tell us the ups and downs they have gone through to be where they are.

Since the WBC is the largest body in this sport, it has had to adjust its regulations to make boxing between women official. Despite the enormous challenge of going against boxing

paradigms. Prejudices and a society that was not prepared to see a fight between women professionally. Now women head top-level billboards and fights that follow the viewer in a war

These are new times and more and more people provide more support to the boxing community, many of them turn to this sport as a social medicine, even to take an exit in difficult

moments that can become a lifestyle.

Issues such as insertion, violence against women, street children, and contemporary social issues add production value to the narrative of this documentary.

The testimonies of world champions, former champions, boxing managers and promoters reinforce the most interesting moments in boxing history inside and outside the ring.

SYNOPSIS:Times are changing and they are part of history.

New roles are established and the rules of the game change.

Throughout history, women have played different roles, as a result of changes in society. Today women actively participate in the

main economic, scientific, cultural and sports activities, spaces that were only open to men.

One of these activities is boxing and today women in boxing top big billboards. Although it is a sport where masculinity gains a lot

of territory, women have begun to conquer practices. Boxing is considered a sport of the most violent, rude and even for many it

should not be considered as such for those reasons.

In addition, many think that such practice is exclusively for men, a fact that is far from being correct and speaks more of the macho

world in which they live than of reality.

We will recount the history of the first women in boxing and how this sport has been consolidated little by little, despite the fact that

there had been fights and exhibitions of women’s boxing, it remained in a very low profile until the fight for the Gender equality

advanced, with London 2012 being when women’s boxing became an Olympic sport. The fight for the recognition of equality

against gender oppression is long and it has only recently been bearing its first fruits, but as in boxing this does not end until the

last round, and apparently the fight has just begun, the title at stake is that of champion and woman outside and inside the ring.

● In boxing there are great stories and they also deserve to stop time to admire them, with narrative shots, plus the mix of a documentary

that follows their characters.

commercial possibilities from the beginning.

This type of series offers you interesting places that deserve to be seen as a modern world but with history, a soft or medium contrast

optics are good, and in color correction saturate colors that are important to us at all times.

Much of each chapter has characters speaking to the camera, so in controlled situations, we will take advantage of the aesthetics of their

personal space so that they can give their points of view.

The aspect ratio would be 2.39.1 in combination with footage, they generate a big change for the viewer from the square to a wide and

The movement and handling of light will always look for what is attached to documentary cinema, without losing sight of what a series of

this type looks for when it is commercialized.

● Regarding the sound proposal, we would like to propose independent artists and traditional music from each place and / or space to

generate for the viewer that closeness to space and time. At the same time, we will mix certain sounds that will give life to each moment