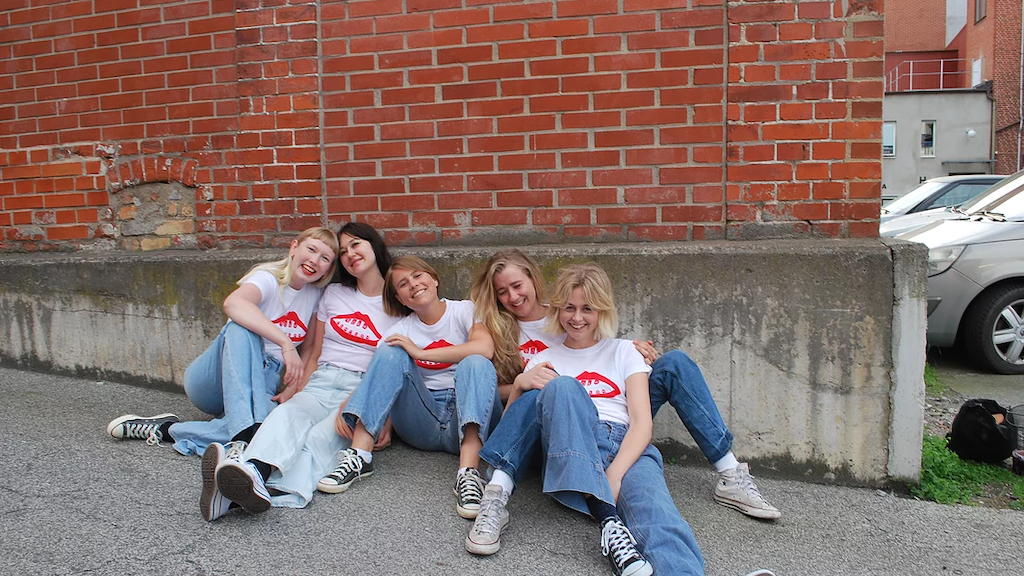 Dorateatern wants to create an emerging play about our time, the years 2010-2020. Are we rehearsing or have we changed anything?

A theater collective that has created its own forum to be able to develop performing arts that are politically challenging, humorous and developing. The vision is to, as a group, create ideas that questions the times we live in and, above all, break the norms in cultural life that exist today.
Dorateatern consists of five members (Agnes Malteson, Johanna Sjölin, Linn Mattson Tillberg, Frida Gällblad and Mikaela Eriksson) who together drive the business forward.

“We want to put on a play that explores what it means to live as a young woman in a capitalist social order where self-realization, appearance and consumption are expected to define who we are. The play aims to highlight the existential challenges of our time (10s): what does it mean to be happy? What does it mean to be successful? And is it possible to combine these two ideals without jeopardizing the future of our planet?”

We have started a collaboration with the playwright and author Hilma Olsson who has started writing a play that deals with these themes. The play takes place during ten different New Year’s dinners (from 2010-2019) where five colleagues at the make-up company God’s Factor gather year after year to celebrate their long-awaited promotion (which never comes). The repetitive form aims to shed light on the absurdity of living on the one hand in a society where free will is idealized, on the other hand fails to free oneself from the ideals of individualism and thus is passivated.

An important part of the work with the show will be to launch the fictional make-up brand God’s factor. We intend to create an environment where the audience is treated as customers rather than as a theater audience when they come to the show. In this way, we want to bring society’s pursuit of profit and beauty ideal into the theater salons and force the audience to confront issues concerning appearance, consumption and identity formation. To achieve this, we want to create a website and logo for God’s Factor and distribute goodie bags to the audience.

Hilma Olsson is a writing teacher, screenwriter and playwright who, among other things, has collaborated with Teater 23 and Teater Jalada in Malmö. She has also participated in the music festival Connect (Malmö) with a monologue performed by an acting student Klara Enervik. Hilma has attended “The Theater’s theory and practice” at the Theater Academy in Malmö and has several writing educations in her luggage and a master’s degree in literary studies. Right now she works as an editor at the publishing house Ekström & Garay

So to summarize what we need your support for:

Since it is difficult to get support and funding within the cultural policy system in Sweden.

What we can promise in return is eternal gratitude for your support and a recording of the play that is sent to those who have given us support (in form of a streaming-link.)