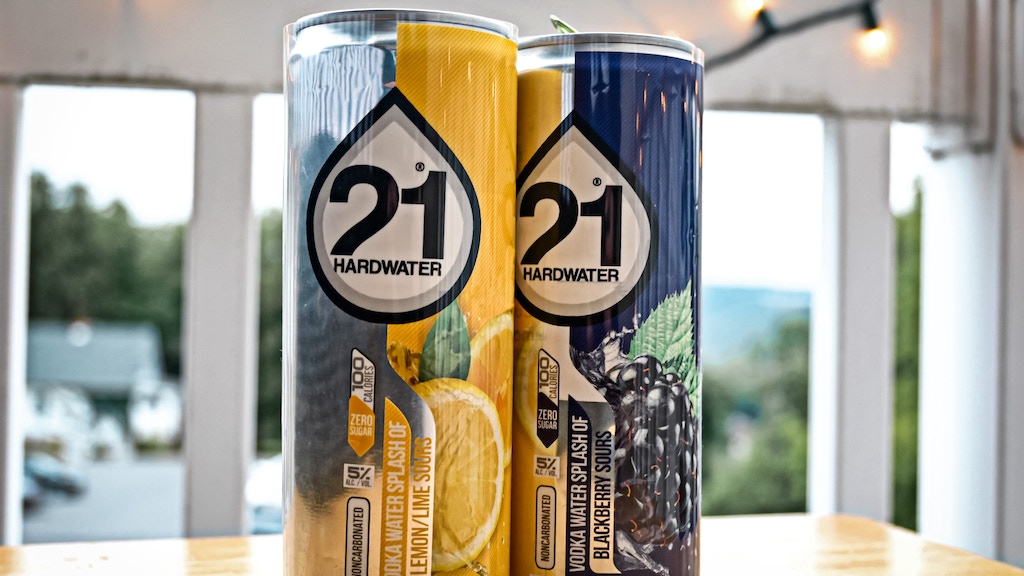 21 Hardwater is the ORIGINAL non-carbonated vodka water with a splash of sours!

The beverage consists of 5% real vodka, water, and a zero sugar flavor concentrate that mimics the taste of sours. The 12 oz Skinny can represent a gender-neutral brand that appeals to both men and women. 21 Hardwater is 100 calories, zero sugar, and noncarbonated.

The NAME- Why 21 Hardwater?

Why do we need your help?

As 21 Hardwater prepares to hit the market in December, we need your help to purchase our first order of inventory. We truly believe in this product and the ability to sell it. We are ready to finally give consumers a new option of a canned cocktail that is zero sugar and low calorie. However, as three young mid-20-year-olds, funding an entire product launch is not easy! With your help, we can embark on an entirely new and unfounded space in the canned cocktail industry. This product will gain consumers from the alcoholic seltzer market and provide a solution to the problem of over carbonation.

Co-founder Sara Finfrock (24) was a senior in college when she noticed a trend in her friends’ drinking habits- on a Friday night before they hit the bars they would crack a cold hard seltzer to start their weekend. Finfrock too would indulge in cold hard seltzers for the same reason her friends did: they were low calorie and low sugar. The problem, however, was that the girls often complained that they felt bloated and full after consuming them. They often mentioned that they would much rather drink a beverage that didn’t have carbonation like a Twisted Tea but everything on the market had loads of sugar or a high-calorie sweetener. As a division 1 track athlete at WVU, Finfrock was not interested in consuming the sugary drinks as she needed to remain health-conscious on her nights out, as did her friends. One night at the bar after deciding she had had enough of carbonation, she wanted to try something new. Finfrock asked the bartender to mix her up something refreshing that would tend to her health-conscious needs but also tasted good while having no carbonation. And just like that, vodka water with a splash of sours became her staple drink. Within the next year, Finfrock had her friends hooked; they said goodbye to carbonated hard seltzers and hello to what they began calling a “lightning bolt”. The popular order quickly became the go-to order for many young men and women around campus.

About a year later, Finfrock began working with Stephen Budkey (26)- who was also a college athlete and played hockey at WVU. The two became friends while working on a class project during their time at WVU. Cofounder, Stephen Budkey was enthralled by the popularity of the beverage amongst Finfrock and her friends. He said, “Why not put this extremely popular order in a can so we can drink it at home?” And just like that, 21 Hardwater was founded in June of 2018. Budkey and Finfrock have since joined forces with current WVU student Kaitlyn Conti (22). The three have worked on perfecting the perfect recipe, package, and overall brand of 21 Hardwater. Conti was also a student-athlete as she played soccer for WVU and currently competes as a competitive cheerleader.

Our brand is made for our target market by our target market. Finfrock, Budkey, and Conti were all college athletes who are extremely passionate about keeping up with their healthy lifestyles. Any young adult knows that maintaining their physique and while also being able to enjoy a cold beverage is a hard line to toe. The three created the drink they wanted to see in the market. They created the beverage that as consumers, they and their friends saw a demand for. Why are we settling for these bland tasting hard seltzer brands that are all the same? Why not indulge in a drink that tastes good but also makes you feel good after drinking it.