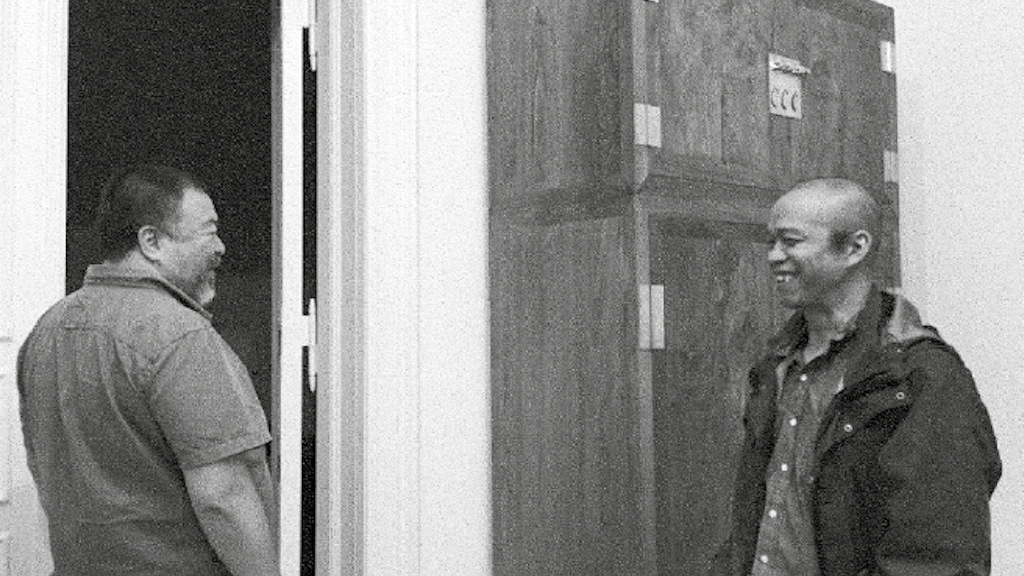 Chief Editor Ai Weiwei: the very important artist in China, a book of He Yunchang printed and delivered to your door.

This book will be the first important document of detailed study of He Yunchang. We hope that we can publish the book by crowdfunding to let people know more about this artist and support his creation. Thanks to the contribution of chief editor Ai Weiwei and responsible editor Cui Cancan, as well as some artists, such as Li Xianting Andrew Brewerton Gao Minglu, Nataline Colonnello, Yu Jian and Jonas Stampe, that we can make it happen. Herewith your support, we can show the artist and his artworks in the paper.

zThis book took 4 years from planning to publishing.
In 2016, He Yunchang held a large-scale academic exhibition “Ah Chang” at Today Art Museum. This exhibition was the artist’s first comprehensive documentary academic exhibition held at a domestic art museum, spanning He Yunchang’s 20-year creative journey. Taking this exhibition as an opportunity, the artist invited Ai Weiwei as the chief editor and He Jianping as the designer to produce this bilingual album in Chinese and English.

He Yunchang began to create performance art in the early 90s, because of the penetrating language and social criticism of his work, he become the most representative performance artist in Asia.