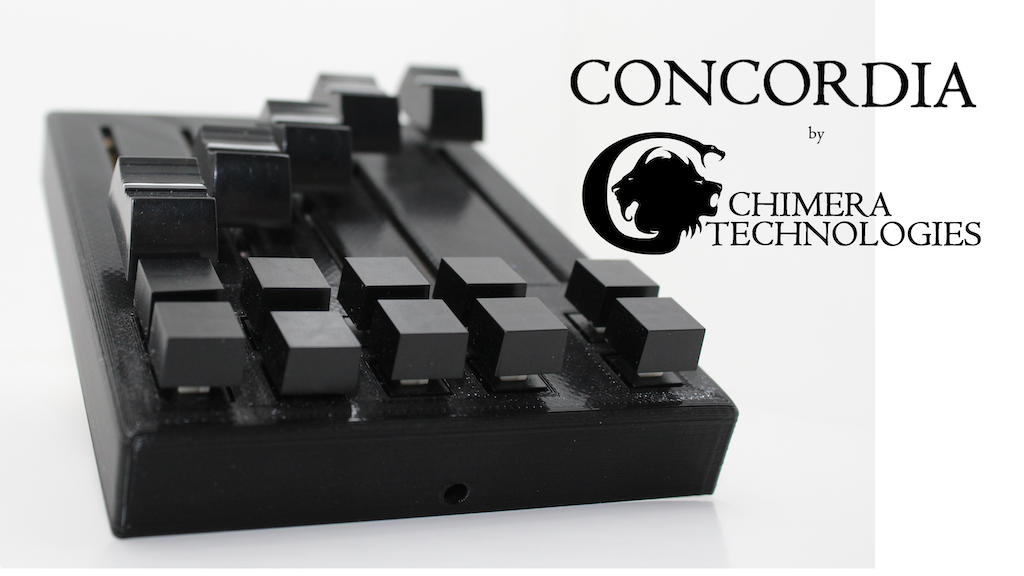 An Audio Mixer for Gamers

They say necessity is the mother of invention, that is definitely the case with Concordia.

Concordia started while I was playing games with some friends, I couldn’t quite hear my friend over the explosion sounds from the game. I had to tab out of the game to adjust my game audio relative to my chat audio. When I tabbed back in, my character had died.

This led me to a search for a solution, a program or peripheral that would allow me to adjust my audio without losing focus in the game.

Concordia started as a prototype, I built one for my own use, soon my friends all wanted one. It was then that I decided to refine my design for production.

Concordia is a mixer for your computer’s audio. Concordia has 4 channels that can be assigned to individual applications on your computer. This allows you to simply reach over and move a slider to adjust that application’s audio. Each channel also has a mute button and a soft mute for those times when you need a quick temporary adjustment. In addition, Concordia also includes a master audio channel.

Using a combination of visual studio and Arduino code, a basic version was built. This code allows you to change your audio levels and to assign applications with each channel.

This video shows the current functionality of Concordia. As shown the user can assign up to 4 applications and apply a mute or soft mute to each or the master.

The early prototype was simple and was used as a working version for over a year. It included volume controls and mute and soft mute functions, for four channels and a master.

Concordia evolved from there into a more stable, and production friendly design. Built with a few PCBs and exhaustive testing, through several versions.

Using a 3D printer to design and test the case. It’s designed to be low profile so as to not clutter your desktop. The final case will come from an injection mold, making the device a smoother fit to your hand. The bottom is also gripped to prevent Concordia from sliding.

This is the current Beta design, and overall it grants you a simple and convenient method to adjust your audio on the fly, and will help keep you competitive.

Once it’s successful, Concordia should be available by late January to most customers. Manufacturers for the case, PCBs, electronic components, and programmers are all established and awaiting your contribution.

Thank you for your support and taking the next step into the future of gaming.