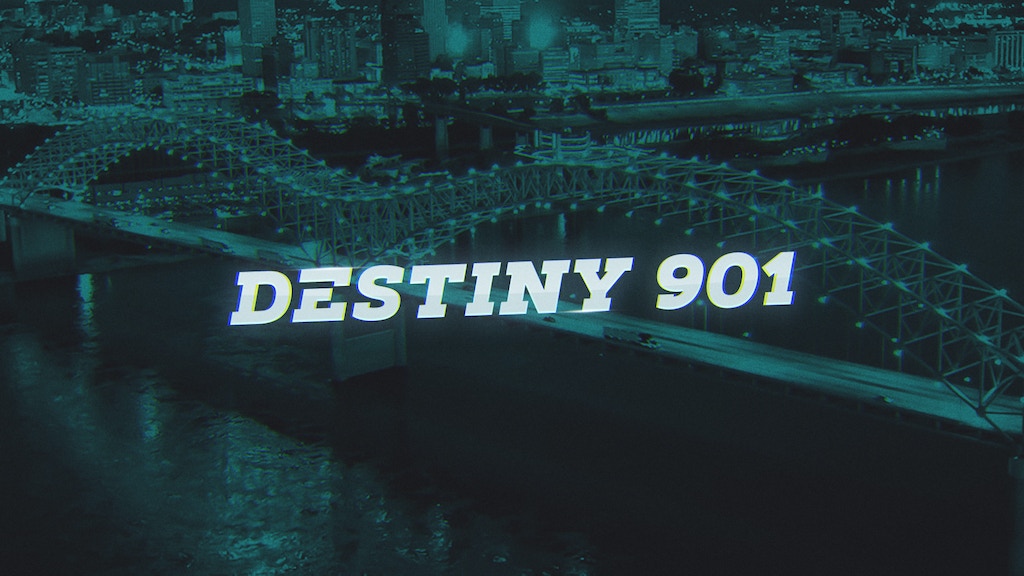 Destiny 901 is a dramedy series about a Hollywood dream that’s too far to chase—1599.96 miles away in the west direction to be exact.

Michael, also known as Mike, has always dreamed of pursuing his acting career in Hollywood. After graduating college in Memphis, Tennessee, a new opportunity knocked on his door that will change his whole life: a scholarship to Los Angeles!

The opportunity immediately turned into a disaster when he realized that his money was 3500 dollars short. Good thing for him, he has a best friend in Antonio, also known as Tony, who would do anything for him even if it means robbing a drug kingpin himself.

Which then leads Tony into more trouble than it is worth as his rival gang hires a private assassin, Taylor Perez, for a clean job. Although completing her task may be in question if she somehow falls in love with her target victim. Even so, if Tony were to turn back time, he would still do it all over again for Mike.

Because of that, Mike now has the key to a door full of opportunities.

On his way to chase his dreams, Mike has the full support of his mother, Evelyn, and his stepfather, Johnathan. Although with his father, Wayne, convincing him to reconsider chasing his Hollywood dream, Mike still up and left for the City of Angels.

Being surrounded by a lot of supportive peers, both from family and friends, Mike had no trouble making more friends along the way. Meeting Steve, who’s a recovering addict, has been one of the good things that has happened to Mike.

Getting robbed by a Caribbean gangster, involved in a fight, and bitten by bed bugs, Mike surely lived his life in a series of unfortunate events. “Easy” has never been a word used to properly describe Mike’s life in LA. Being continuously followed by one disaster after the other, he started to question his own dream, thinking that maybe his father was right all along.

All’s well ends well, because one day, as if angels had come down from heaven to bless him, Mike accidentally saw Ashley who was his long lost childhood lover that mysteriously left him ten years ago.

They’ve had their ups and downs so extreme that it even came to a point that Ashley had to consult her best friend, Tyler Watson who is a proud member of the LGBTQ+, about their relationship. With an ultimatum, Ashley had to make a decision and Mike has to act fast.

Now that they’ve reunited, they face their LA struggles together as they fulfill a promise they have made for each other in the past. Will Hollywood be finally kind with them working as one, or will the unlucky cycle of chasing their dreams continue?

This Kickstarter has been launched to help fund a show that is inspired by a true story of a young man with a Hollywood dream to chase, a life-changing decision to make, and a life to live.

Michael Jamal Jones, aka “Mike” or “Mikey”, has just become the first college graduate of his neighborhood and has made his parents extremely proud. Anxious to start his new journey, Mike rushes home after a day of basketball to check the mail for a scholarship letter at a top notch school based in Los Angeles.

After reviewing his scholarship letter he figures out that the school is outrageously expensive and that he will need a miracle to pay off the rest of his tuition in just two short weeks. Desperate to come up with the remaining funds and no one else to turn to, Mike turns to his loyal but troublesome best friend, Tony, who vows to get Mike the money he needs by any means necessary.

Tony then rounds up his boys along with his uncle, Frank, to commit a robbery on the neighborhood dope boy. After having a rejuvenating boost of money from Tony, Mike makes a decision to risk it all at the casino to retrieve the remaining 2,800 dollars he needs to attend school.

With God on his side, Mike strikes gold and wins the money needed to attend school. However, his happiness was cut short after finding out his deadline to pay for school was the week prior. Feeling down but refusing to give up, Mike makes a power move to fly to Los Angeles and spread his wings in search of his childhood dream.

Shortly after his arrival in L.A., he runs into a whirlwind of trouble that leads to him getting robbed, being pepper-sprayed, getting into fights, and sleeping with bed bugs. Fed up with his current living situation, Mike finds a new place to live where he is reunited with the love of his life.

The official trailer of Destiny 901 has been released last December of the year 2019. Promising nothing less, it shows a sneak peek of the action and thrill that you may feel throughout watching the series. It also includes mystery characters and their interesting character development along the way.

Showing the true meaning of friendship, and having and keeping that kind of connection, Destiny 901 is a feel-good show with a couple of real-life struggles and romance thrown in between. Not only will it be realistic–it will also be relatable.

From fists to guns, the show seems to be a never-ending rollercoaster of gut-wrenching and nail-biting events. Life in Hollywood didn’t look so shiny anymore as these characters go through the twists and turns, trying to survive for their lives.

“Hollywood is a place where they’ll pay you a thousand dollars for a kiss and fifty cents for your soul.” ― Marilyn Monroe

The post-production of the show has started in 2019.

The making of the film is currently halfway through, and the clips will be needing thorough revisions and edits to perfectly fit as one show. In order to continue filming while keeping the best quality all throughout, the team is considering all existing financial concerns.

The writing process of the show has been productive, and the casts and crews all have the same goal and objective: finish the masterpiece that we have started.

This film is Destiny 901, and its destiny lies not only in our hands but also in our backers’.

Our Dream Team consists of three Executive Producers: Jamie Miles, Niesha Paul, and Jean-Yves Joseph. Working alongside one another with our Director, Dillon Wilson, we aim for Destiny901 to be created as a TV series which showcases the ups and downs of chasing one’s Hollywood dream.

Jamie Miles, the writer, creator, and one of the executive producers of Destiny 901, has experienced firsthand the struggles of living in Los Angeles with nothing but his Hollywood dream in his pocket. Having his own cycle of unfortunate events (from surviving a car accident, to losing his only job, and even going homeless altogether) has inspired him to put everything on the line for the project that has been in his mind for far too long.

For Niesha Paul, who is one of the actresses and co-producers of the show, she strongly believes that the sky’s the limit for the team. Her determination has always helped her in accomplishing a lot of her goals–may it be either short or long term–and she isn’t planning on stopping any time soon. Proving herself to be a jack-of-all-trades, she’s more than excited to see their project grow into fruition.

Jean-Yves Joseph, who is also one of the actors included in the series, is one of the co-producers of Destiny 901. Believing in the full potential of everyone in their team, he has dedicated his heart, blood, and sweat all throughout the show, even until post-production. Being multi-skilled, there’s nothing he wouldn’t give for their success.

Dillon Wilson is the official director and stunt coordinator of the show. With a clear vision of turning their dream into a reality, making Destiny 901 an utter masterpiece will be a piece of cake. Using his skills, he can successfully showcase the true meaning and purpose of the show which will then give them an obvious edge among other shows.

How was the story created?