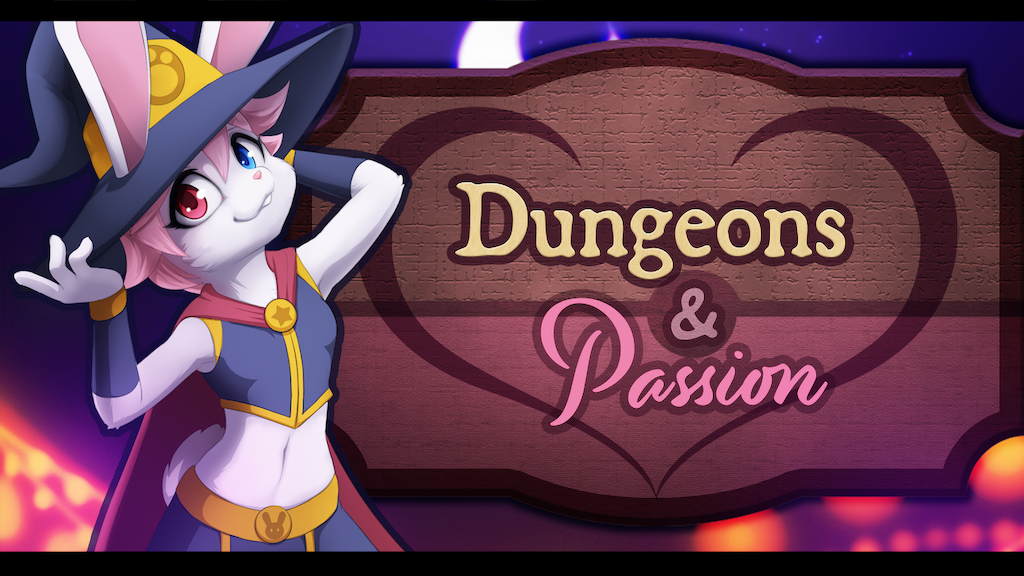 The game is a chill and easy going with some twists and turns!

I myself am a NSFW artist in the furry fandom. Just like many other artists I enjoy the adult aspect of art and so I came with the idea of making a game with that theme too.

I began the development of this game some time ago, however, due to the amount of work this project demands, I was only able to fund a playable Demo on my own (look below). To be able to complete this project I came to the decision of making a Kickstarter page in order to make it a reality!

You as the player, begin the story in an Amusement Park for adults. In this park there is a variety of attractions, themes and games. One of these games is Dungeons & Passion.

In this attraction you take on the role of an adventurer who joins a Guild. Here, with the guidance of Master Yuki, you’ll fulfill Quests, meet characters and develop Affection with them along your way, which will unlock a variety of Art and Animations for you to see and enjoy.

As the story progresses, some twits and mysteries will begin to appear that will make the Park’s attraction more than just a game.

In comparison to other RPGs, here you only control one character who can learn a range of different skills to battle against monsters during your Quests. Such skills have a variety of effects and rules that will make the battle more strategic rather than relying on brute force.

You can develop affection with characters you meet on your Quests. Such affection will build up depending on how you behave with them, what kind of actions you do, and the items you gift to them.

The reward for building up affection is unlocking Art and Animations, all of these being NSFW for adults only.

Target length of the finished game:

This game is meant to be around 6-10 hours long depending on the completion rate desired by the player.

I have planned some features and improvements to be implemented in the future, I’m not sure if all of them will be able to be done but I’ll try my best to make it happen.

Some of the planned features for the future are:

Backer Town: A town filled with Backers NPC, some may be shops or have other interactions.

Monster Backyard: A place where all the collectible monsters will appear. Some of these monsters may give passive bonuses!

More starting Classes: Right now there is only Quetzalli as a Balanced Class. I plan on adding more!

More starting Characters: This one is the most difficult and is the most uncertain to happen, but it’s possible and will give it a try if there is enough support!

Most of the income will go to support myself to be able to focus properly on the game. The rest will go to pay legal fees, taxes and any other unforeseen fees.

I managed to complete an Early build of a Demo, this game is made in RPG Maker MV.

You can download this game at the well known-web site for indie games, Itch.io

Be aware this game is meant for adults only who enjoys Furry content:

Thank you if you decide to Support this project!!