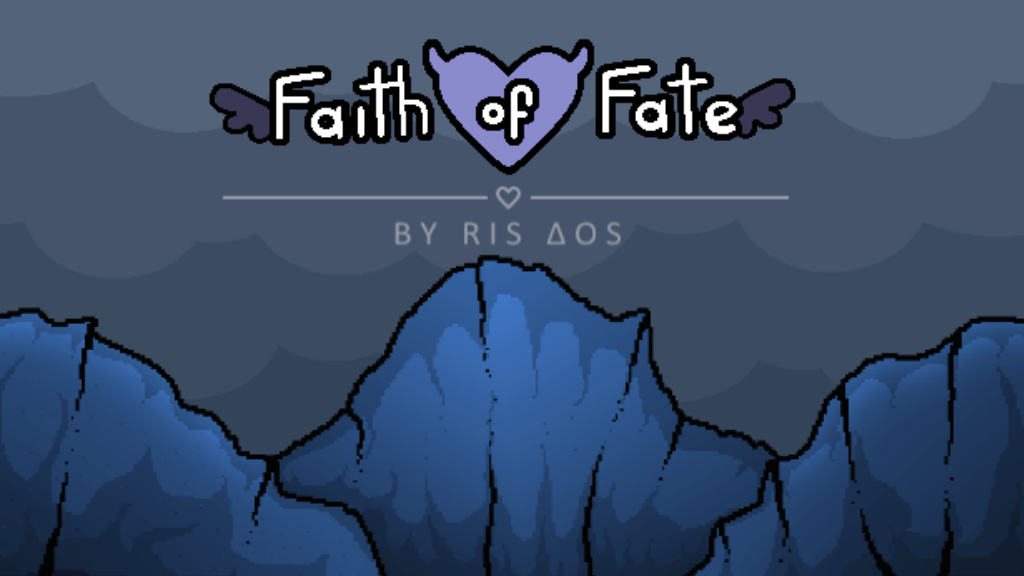 After Finishing The Game this project will have Support to patch any kind of  bug, fixing dialogs, adding  more Items and Synergies and even some extra Updates to improve the Quality of the game providing the Bestest posible Experience.

Get 3 New Lore Themed Bosses hidden in The Fate each one Harder Than The Last, all of them will have their own Mechanics and their own Secret way to Fight them. Once you beat them for the First Time they will be Permanently Unlocked for other runs.

Get even more Updates and Expansions in a new DLC full of many Alternative Endings, random New Events and cool New Spinoff stories in company  all our friends and Many New Ones, living compleatly New Adventures in the world of The Fate.

A brand New Mode to challenge the Strongest Fighters of The Fate and Beat Them in a Boss Rush! Fight again familiar faces and many exclusive New Bosses on the Arena and claim your place as the Bestest Warrior.

Faith of Fate Is A Rogue Like RPG Game Inspired By The Binding of Isaac And Undertale, With A Brand New Story About Two Lovers Living In A Faithless World Ruled By Cupid

In the world of The Fate you will fight many Lovely Characters in your road, Choosing Their Fate, making choices with Your Friends, becoming stronger and writing Your Own Story with your own Faith. You have the Fate on your hands, what will you do? Heaven or Hell?

You can choose the Fate of the characters using LOVE or HATE, both have their own Stats and Interactions, but be careful, your Items and Decisions can make you Lose Control of which you use

Since I was a Child I only had one Dream, and it was Making Games, I didn’t even know what a Game Developer was, but I wanted so bad to be one of them, to show my dreams to The World and see how the people have a good time with what I Made, but the truth is…   That…   Making A Game Is Not That Easy…

I made a Demo, a Beta and an Early Access of Faith of Fate with No Experience, by Self Learning and only with the help of My Friends, also the project is almost Invisible in the huge world of the Internet, I Sill Studying and I don’t have an actual job, but I Won’t Let My Dream Die! And It’s for only One Reason…

Faith of Fate is A Story About Love for a simple reason, I made this game for my Girlfriend, I made the game on Highschool and I promise her that I will Continue the project to save money to Live With Her, so I decide to finally Finish Faith of Fate with a New Beginning…

Now thanks to Kickstarter we can help make this dream Come True, I want to decadicate my life to My games, My Wife And Of Course YOU, My Community, the money will be used to Put Faith of Fate In The Map and to help me to Make A New Life With My Girlfriend and keep making Amazing New Games for all of you 🖤