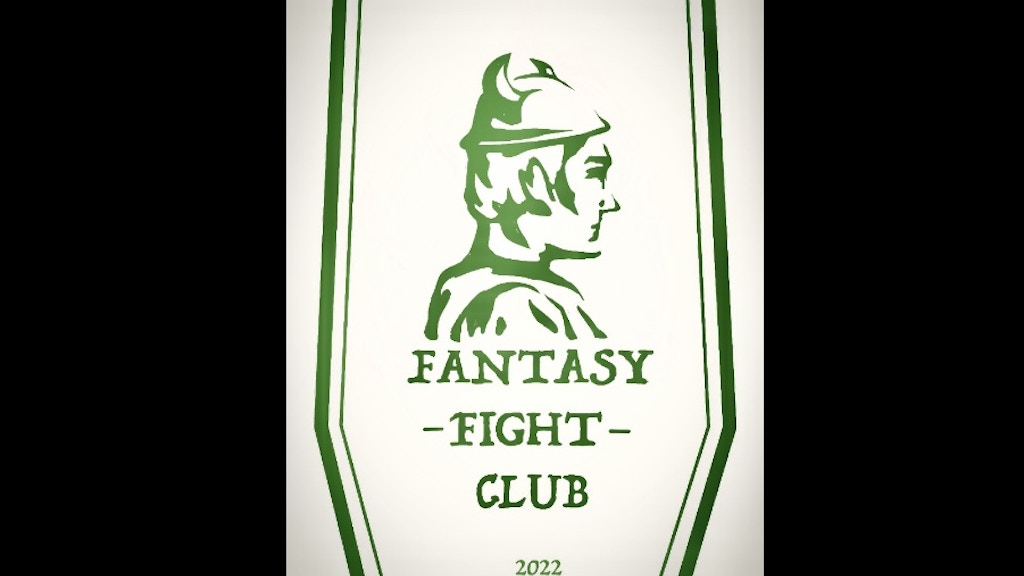 They are the Gods unwanted children…

Following the misadventures of a high school film club.

Have you and your friends ever gotten a digital camera, dressed up in costumes, and made a stupid video?

Fantasy Fight Club is a coming of the ages tale, centered around a group of black sheep who— through their shared traumas and interests— flock together to form an after school film club which consists of making low budget fantasy films, injected with lowbrow humor and martial arts choreography that would make Bruce Lee proud. All with the dream of one day making it out of their hometown and taking on the world. But naivete is strong with these ones, and little do they know, their school peers aren’t their only audience watching… Entities much greater and more powerful than they could possibly imagine are at play behind the scenes, pulling the strings.

As their senior year comes to an end, and the cold, dead hand of reality punches them in their bright eyed faces – they must learn to roll with the punches and punch reality right back – To not only save their friendships, their movie, but everyone they love (as well as the entire world and the world of Fantasy as they know it...)

On the surface, Fantasy Fight Club is a modern love letter to the Fantasy Genre & practical effects— drawing inspiration from innovative filmmakers throughout its time from the likes of Ray Harryhausen to Jim Henson — as well as a tribute to the great action/fight choreography over decades in film.

At it’s center is a coming of age comedy hoping to re-encapsulate a similar spirit of films such as The Breakfast Club, The Goonies, Stand By Me, and Dead Poets Society— While carefully threading together the same irreverent, satirical humor found in Monty Python, Mel Brooks films, as well as sketch comedy groups like The Whitest Kids U’ Know and Good Neighbor Stuff.

“I have been making videos since I was a kid. Some of my favorite memories are creating stories with my friends using digital cameras and posting them to the internet. I learned to edit, and direct at a young age. Somewhere out there is a treasure trove of lost videos of a couple of 10 -11 year olds running around in the backyard, enjoying the carefree magic of childhood. And this story is somewhat of a tribute — a salute, if you will, to that time in my life — With a little fantasy and fiction tied in.”

In the summer of 2015, after just having shot a few sketch comedy videos for YouTube— and just coming out of high school— we completed filming to the original Fantasy Fight Club short:

We shot it over the course of a couple blazing hot summer days, on a total budget of around $500 and a crew of 5-6 people – using just what we had in our basements.

What started with little preparation, and a loose outline, became a 10 minute long battle royale video.

Read some of the reviews:

The video did not gain millions of views, but it did become somewhat of a whisper around campus. A local, underground hit of sorts… And there was always a promise of revisiting it one day, but it was unclear when that day would come. With all of us going our own separate ways for a couple years, the idea was canned. But in that time, the story has been able to grow wings, and manifest itself in ways that wouldn’t have been possible 4 or 5 years ago. And now, with the world having come out of a dark place, it feels only right to come back with a story for the ages to match.

If the original 10 minute long video gives you an idea of what we can do on a micro budget and limited resources – imagine what we can create with an actual budget, with time and resources at our disposal.

We need a crew—

While I plan to work with the same cast, and bring in the same people involved in the original video — Currently, as it stands— I do not have a crew lined up. I know it is commonplace for most Kickstarter campaigns to show off their already well established team, but I am working with limited resources. So I figured I could use this platform to kill two birds with one stone — and have this not just be a crowdfunding campaign, but a warhorn – calling upon any ready and able filmmakers who are interested in working on this project to join. If you are an experienced filmmaker, or even a fresh faced, optimistic newbie — consider reaching out.

Why make this movie:

It’s no secret that big budget blockbuster movies rule the box office. And thats not always a bad thing. They are often grand, epic stories that deserve to be told and studios are taking more risks on their choices of filmmakers. However, it does feel from the outside looking in that it’s an impossible feat to break into this industry. If you look back on some old films, they often don’t look very professionally made by todays standards. Modern Technology and the digital age has made competition harder and more vast, but it has also allowed for indie filmmakers with the right work ethic to make quality movies on low budgets that can look like they’re made by studios. But there is still a divide. I think it’s important to be reminded of where movies came from — where we came from— and where we can go from here. While I don’t think this movie will save the world, I hope it can at least go down in the books as one of the great “fun movies about making movies.”

I have wanted to make my own movies since I was 13. Now being 25, and at a crossroads in my life – I have been forced to put a lot of thought into what I want to do as a career. I have not gone to film school, I have never directed a feature film, and I don’t have lots of money – but I have been blessed with many experiences to work on movie sets and observe and learn through experience making my own short films over the years. I have looked up to many modern action / comedy directors and I have long debated following in their footsteps and have just been waiting for the right idea to come to me. It wasn’t until about a year ago that it became obvious to try my hand at making an indie fantasy comedy.

To make a fun, epic fantasy adventure movie placed in the middle of a highschool buddy comedy setting. I believe that we are capable of working with this budget of $69,420 (or more) to allocate funds in all the right areas of production from costumes/creature design, practical effects, extravagant set pieces/locations, lighting/cameras, sound/studio equipment, paying our cast and crew, music licensing / composers, etc. to make something outstanding and packed full of heart.

And because the heart of this movie is about a high school film club, the goal will be to make props/costumes/makeup feel like they were put together by a high school film club. However, at the end of the day, we are still making a movie and want the scope of the film to look as professional, sleek and polished as possible, as well as having just as many spectacular, nail-biting, edge of your seat moments as some of those movies that you see on Imax screens.

So this is why we’ve come to Kickstarter to raise funds from real people. Because it’s what the characters in our movie would do.

I would rather be indebted to fans, friends and new supporters on the internet to make something special for you all to enjoy, and hopefully, maybe, this will grow into something bigger and we can fly high like Icarus (Except his wings catch on fire and he dies – that is not what we intend to do).