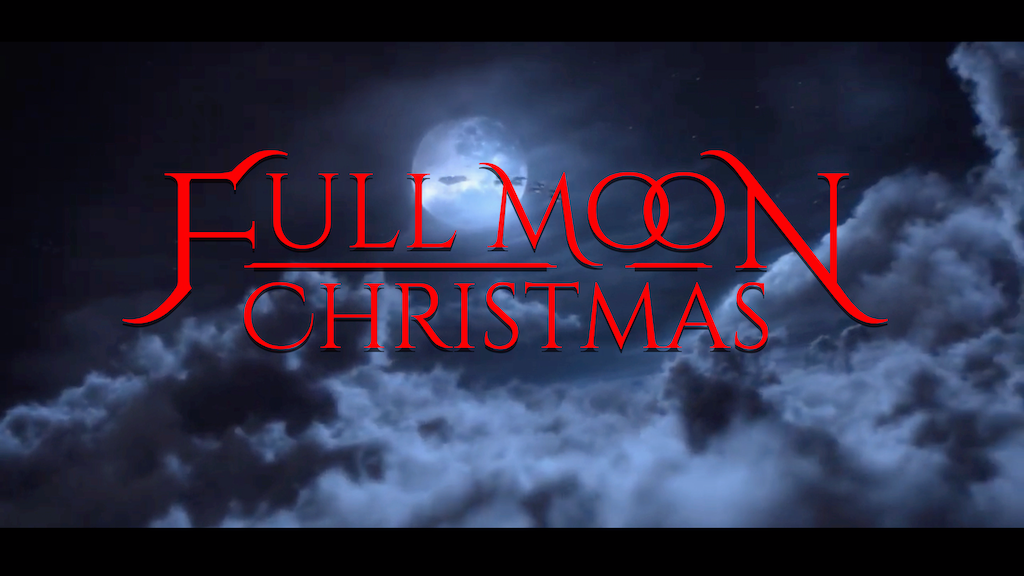 An epic holiday film for the ages

A young Elf must find his courage to save a small town, Santa and Christmas from a ravaging werewolf.

Full Moon Christmas is about a young elf that stows-away on Santas proverbial Christmas trip. Quickly it spirals into a disaster, when a crash landing leaves the reign deer in a trail of carnage and a small town at the mercy of a raging beast. What happens next is a rising set of action and conflict between the town, a small boy and two ancient magical alphas that clash in an explosive and epic climax for the ages.

We are producing a full length feature film, Full Moon Christmas. An action packed, suspense thriller but fits into the horror genre as we’re dealing with a werewolf.

Full Moon Christmas is a culmination of ideas and conversations between film makers Edward Amaral and Anthony Aranda that spans years. They were driven by an internal desire to create a unique movie the likes of which the world has never seen.

We believe good cinema is dying. Hollywood is hemorrhaging. If you’re not in a Marvel film you’re not working. Independent films are suffering. Digital distribution has left film makers scratching their heads, wondering where and how to sell their films. So we have invested our own money as we believe Full Moon Christmas will help keep it alive.

“Films have lost their quality and I’m obsessed with proving it, by making something better.” – Edward Amaral

a) Packaging: During this stage, the Company will “package” the pilot (i.e., attach actors, directors, key production person-nel and other talent)

b) Pre-Production: During this period (twelve weeks prior to production), the Company will hire crew; a locations scout to secure the locations; secure rentals i.e camera and lighting packages; prepare shooting schedules; etc. At this time, all actors will be cast and finalized for the pilot.

c) Production: The principle photography will be shot. After production, all scenes will be completed or “in the can”.

d) Post-Production: During this period (3-4 months), the director and editor will select the best “takes” of the various scenes and edit/assembly the entire pilot. Music will be acquired or composed, recorded and added to the pilot. A CGI and sound team will apply the finishing touches for color, sound mixing and ”titles” sequences.

“Clear vision is the key to great film, and we’re gonna prove it.” – Edward Amaral

Edward Amaral – ( Executive Producer / Director / Writer) Founder of Amaral Creative Pictures and Spike Pillow, (an independent  production company), is a writer, director and producer of film. A visual story teller and designer, his studies in film, photography, literature, art and the humanities, combined with 19 years as a designer, has lead to a highly developed sensibility and aesthetic in film. Edward wrote directed and produced his first short film “Feeder” and shot it in a single take. He was hooked. Bitten by the film bug, Edward collaborated with talented artists, creative directors and art directors to write direct and produce his second short film, “Parent Over Shoulder” and later, a hand drawn animated film, “Destroyer”, which he also wrote directed and produced. This ensnared his imagination and passion for film. In 2010 Edward completed his first full length feature script “The one eyed sailor who loved a whore” and in 2013 wrote his second, “Nokturnal Bliss”. Edwards most recent projects written for the screen; “Full Moon Christmas”, an epic holiday horror film for the ages, co-written with Anthony Aranda; “Ghost Fall”, a dark urban tale about youth gangs that exploit the super natural and most recent, “Darth Preyer” a Star Wars fan film which he wrote, directed and produced. Edward Amaral has a back ground in marketing communication, advertising and design. Edward believes film is the ultimate art form that combines all art forms. See Ed on IMDb. imdb.me/amaralcreative

Richard A Fisher –  ( Co – Executive Producer / Actor ): A Co-Founding Partner of Amaral Creative Pictures, an expert in business development and sales, Richard is no stranger to film. An actor model and all around film enthusiast, Richard has held multiple roles in both television and film. He spent his early years landing roles as a model for reputable brands like “Pacific Sun”, “Wrangler Western Wear” and “Stockman Western Wear”. Richard played the role of the great native American chief “Cochise” in the long time popular TV series “Dr. Quinn Medicine Woman. He scored the role of “The Columbian Drug Runner” in “The Runner” as well as “The Long Haired Cowboy” in “The Clementines”. His passion for film transcends far past his abilities and experiences on the set. Richard brings over twenty years of high level business negotiations within the social and economic con-struct. This enables his ability to navigate the multiple complexities of the marketing and business relations landscapes as it pertains to film development and producing. Richard can be found on IMDb

Anthony Aranda – ( Writer / Associate Producer): is a film maker, a teacher, a philosopher and an inept visual thinker with a bachelors degree in business administrations. Anthony grew up creating short movies with a camcorder and a group of friends. He then continued his film studies in school, where cultivating a concept and creating a movie from start to finish was the task of the week but for Anthony, it was the seed that would eventually spark the desire to entertain the masses. Anthony is a writer and associate producer on the full length feature film “Full Moon Christmas”.

Where does the money go?

Backers will have the unique experience of being involved in the production of a major motion picture. Backers will receive a range of benefits that will make their investment most unique and memorable.

Lock in rental(s) and insurance agreements

Setting up the production office

Location scouting and nail down locations

Finalize any other item needed to prepare for the production

Making any necessary adjustments to complete the production

Anything the distributor will need will be prepared, finalized and delivered to press releases, advertising and other marketing avenues will continue