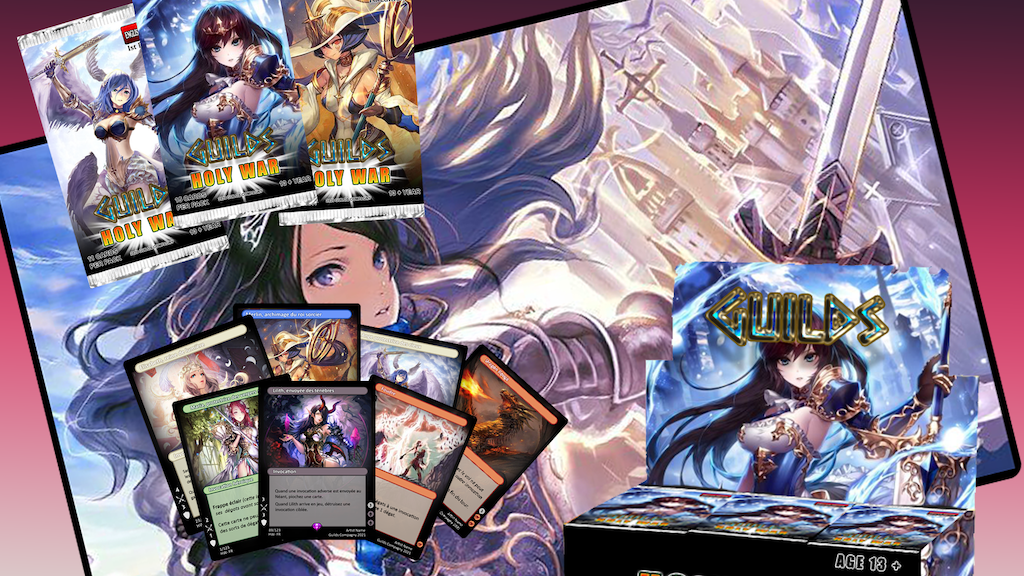 A interactive Trading Card Game like Magic the gathering but with Anime / Manga illustration.

As an former magic the gathering player, i remember all the fun and the friend i made playing this kind of card game. It was for me, a shy boy an easy way to become more chummy. i would like new generation of child /teenager/even adults  to get all that fun and precious moment.

This project is important for me because  since i  got injured i loosed the possibility to get a normal job anymore, and i been questionning myself a lot .

I finaly  conclude that i would love to bring happiness to people by games, and for me it’s also creating a form of legacy.

this game will be pretty much like magic the gathering but with anime / manga illustrations. With a few particularity of course. (like a hero card called a guild master)

Regular extention should pop every 4 month if first edition is a success.

The universe of the game will be medieval / antiquity mix with all the lore and creature that can bring.

Various event in local Game Store and also competitive event organised directly by the brand. In those they will be main event / side event / various reward / shop stands/ and a system of joker exchange system who will allow player that win side events to trade joker for any card  of curently printed extentions at the official brand stand.

I want to develop the competitive side of the game a lot ! With a pro player status and kind of a league with a youtube/twitch channel including commented pro match after a few years.

Game will be release in english, even if im french, all card will be in english, other language like german, italian, spanish ,french will come later if the game keep going beceause it will need another 100 000 booster print in each language so count 55k euros for each language …. will need found from first edition sells to do it !

Detail of the cost of the first edition creation :

i was surprised to learn that illustration copyright/creation is the most expensive part of this kind of project.

Starter Deck are minimum quantity 30 000 unit at 2.5 euro each wich represent a total 75 000 euros  but unfortunatly is a must have in card game so i can’t skip this cost at game lunch.

Will create them with my own money for first edition because i am asking a lot already….(unless there is a lot more found than i expect)