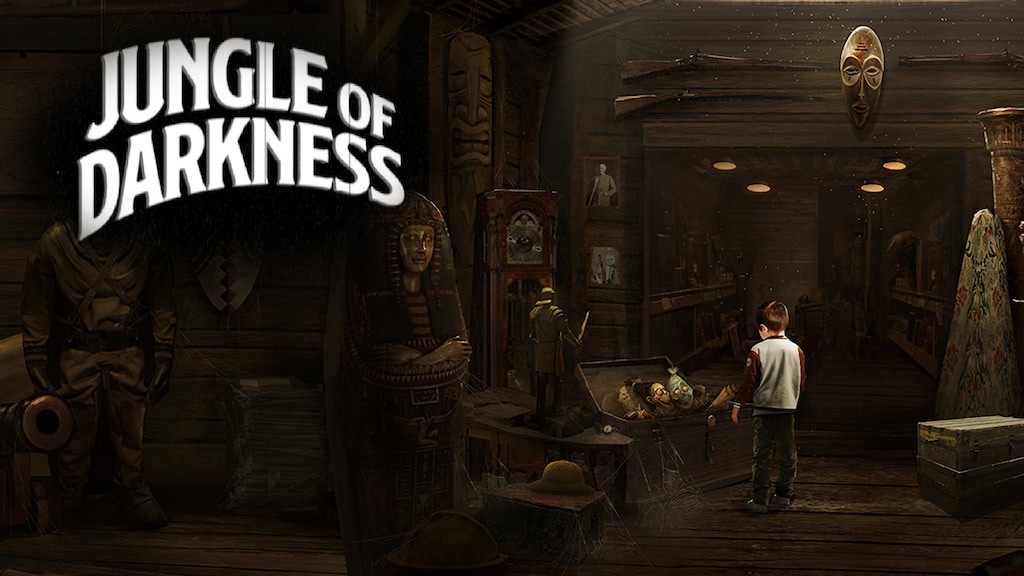 In the Jungle of Darkness film, I will explore a classic cautionary tale of greed in the past and the present. You will experience the story of a young girl on the run who unexpectedly unravels another tale of an adventurer stuck in a dire situation with little hope for escape. As she travels down unfamiliar roads she will embark on a trail of learning and growth. Will she be strong enough to learn from past mistakes or is she doomed to repeat them?

As a practical effects artist in the film industry for most of my life, I’ve spent years developing my skills and honing my craft. My first short film, Pugloo from Planet P, gave me the opportunity to explore the world of filmmaking. As I progress in my career, I want to establish myself as not only a character designer but as a story teller and filmmaker as well. In this short film, I intend to bring to life a fantasy world in a jungle adventure setting. I plan to use practical effects like puppets, miniatures, forced perspective, water tanks, shadow puppetry, and stop motion, among other techniques! With your help, I will create a period piece using limited funds and constructing all sets, props, and parts by hand in my home state of Colorado.

After spending the last fifteen years working for other FX shops and learning the tricks of the trade I decided to open my own special FX shop, KreatureKid. I launched my business in the summer of 2021 and immediately got to work on my first special FX film contract, Onyx the Fortuitous, a Kickstarter-funded feature film premiering later this year. Throughout the way I’ve met some amazing, talented local artists with a shared vision and love of filmmaking who will be assisting me on the Jungle of Darkness film.

Inspired by Jim Henson, Georges Méliès, Karel Zeman, and Sam Raimi, we plan to use the KreatureKid shop as a full start to finish studio. We will construct multiple sets in house, which will also be utilized as our primary filming location and as a working space for my incredible team to craft our Kickstarter rewards.

The funds that I raise through Kickstarter will not only be used for creating and filming Jungle of Darkness but to also document the entirety of the filmmaking process. I want to share this process for other filmmakers who want to learn how to use their full creativity and imagination for storytelling and world crafting. I am excited to bring you on this journey with me as I bring my vision to life for my first film.

I’ve been fortunate enough to work with some incredibly talented people in the entertainment industry who have graciously agreed to help me with this project.

Ryan Wilkes and Cory Moosman are working together to bring to life the shrunken heads through comedic performance. These characters will be in the vain of Laurel & Hardy and Abbott & Costello.

Meet the amazing team at KreatureKid! From welders and carpenters to mechanics and everything in between, my team of Colorado based creators has worked hard to bring to life all kinds of creatures. This ideal team is who will be working to bring Jungle of Darkness into reality.

Check out all these rewards!

Discovered deep in the Jungle this ancient pie graph depicts how the budget will be spent. Each stone color signifies a percentage.

As you can see with extensive research, the museum has found the percentages represented in each stone.