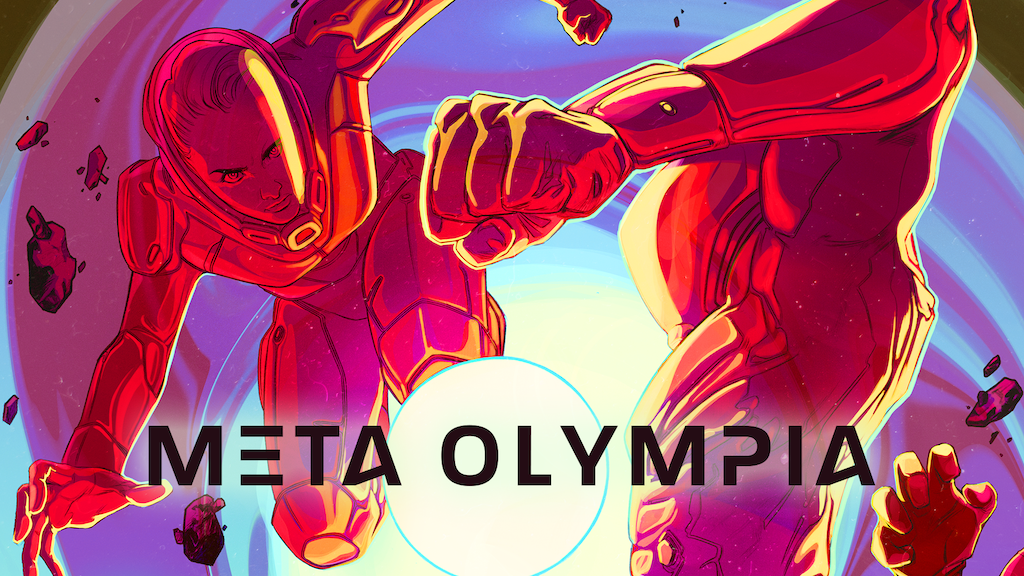 A Sci-Fi/Sport table-top game that brings you into a world where colonists rediscover the thrill of physical competition on Mars.

Meta Olympia is a fast-paced deck-building, dice-based table-top game where you play a Martian colony ‘football’ club in the not-too-distant future (playing rules that resemble soccer on Earth). The objective of the game is to be the most bad-ass team on the planet by building your roster, training them, and gathering resources in a pre-season to go head-to-head against your fellow players in a tournament.  You decide on your strategy and how to play matches tactically to earn prestige. There’s more than one way to win as you battle for Martian sport superiority!

This Kickstarter funds a limited-production first edition of the full board game.  This is the only place to get it!

When Mars is colonized, it won’t be by typical folks looking for a change of pace.  It will be populated by hand-selected scientists, engineers and technical specialists.

After decades of independent colonies stabilizing conditions on the inhospitable world, colonies will thrive and new social needs will emerge.  Survival-based exercise regimes will evolve into a passion for competitive sport. Football will become the first organized, cross-colony game.

It will be played outdoors, in the thin atmosphere of Mars, with full life-support and custom tech gear.  They will dub their game Martian Aero Football, in reference to the gravitational differences that enable aerial maneuvers and gameplay that are impossible in any of its earth-bound predecessors.

Let your imagination go wild.  Fund the game.  Get the game.  Get a taste of the glory or bitter defeat as you strive to build your team and become the champion of another world.

Meta Olympia is played over 4 stages, each divided into 2 phases—the pre-season and the tournaments.

Players can improve their team during the pre-season by moving along the stage to draft athletes and collect resources. Each player can take as many actions as they wish to advance forward during the pre-season with the only rule being that the player in the last position gets to make the next move.

Each of the stage tiles corresponds with a specific action that can be taken. Players can either: collect a new athlete card by Recruiting, collect currency by Fundraising, collect a tactics card by Strategizing, or play a Scrimmaging match where you can earn credits or popularity.

When all players have completed the pre-season, a tournament is held; the teams (that each player has diligently built during the pre-season) are pitted against each other.

Meta Olympia doesn’t simulate a play-by-play of an entire match, rather, the results are determined by a series of Defining Moments—the highlights of the game.

The series is made up of 3 rounds. Players select and play their respective athlete card followed by a dice roll to simulate the probabilities of each round.  If players have tactics cards, they can play them, even stack them, to further influence the outcome.

Meta Olympia is all about the way players manage and utilize the cards that they are dealt.

Each athlete card has unique abilities that contribute to influencing probabilities, while tactics cards provide ways for players to mitigate the chance of the roll.

Sponsor cards augment the gameplay and provide goals as players race to complete the requirements from the sponsors to collect bonus prestige.

Players earn credits and popularity to continuously improve their team and win matches in order to gain the most prestige and become the champions of the Martian League.

Read the rule book here. (Note: rules may still be subject to change before production).

We think that a science fiction & sports mash-up make for perfect ingredients to ignite the imagination.

Where stories are crafted by a storyteller, sports aren’t about pre-determined plot lines,  with protagonists or antagonists.  We’ve been exploring this blended genre with Meta Olympia, bringing together a fantastic near-future vision to one of Earth’s most popular international sports!

This board game could be our first physical manifestation (in a playable format) of this exciting property.  We are using the Kickstarter platform to decide its fate.

If you’d like to discover more about this project, metaolympia.com includes a blog and the full collection of world-building fictional news reports that document the triumphs and struggles in the emerging world of sports on Mars.

The visual design and artwork of our board game will amaze you!

Meta Olympia features the creativity of an unbelievable lineup of designers, game enthusiasts, writers and artists.  The original back story was created with the help of a custom, non-deterministic,  ‘football’ simulator, with the ideas then brought to life by incredible artists from across the globe — many having contributed to iconic tv, film, video game, comic and design projects!

Below are just a few of the featured artists.  You can see the full list of contributors on metaolympia.com!

This Kickstarter campaign will give us a platform to gather support for Meta Olympia, as a property.  Should the campaign be successful, the funds will go directly into manufacturing and shipping/fulfillment costs for the exclusive V1 of the board game.

Why No Stretch Goals/Backer Bonuses

Instead of breaking up the game into stretch goals, we’ve put everything we think a complete game needs into this Kickstarter.

An exclusive book, The Art of the Making of Meta Olympia, will only be available for our top pledge tier—the Super Tier. It will feature a bounty of artwork, including previously unreleased pieces and behind-the-scenes email exchanges, briefs, story drafts and commentary from the creators and contributors.

Please note that shipping is not included in the price of the tiers, and will be borne by the backer. In the event the campaign achieves its target, we will be collecting shipping and any applicable duty through our pledge manager, BackerKit.

The chart below provides estimates on shipping costs by region to help set expectations.  Estimates are in U.S. Dollars.

Backers for Basic and Super tiers from Canada or Europe may be subject to the addition of sales taxes.