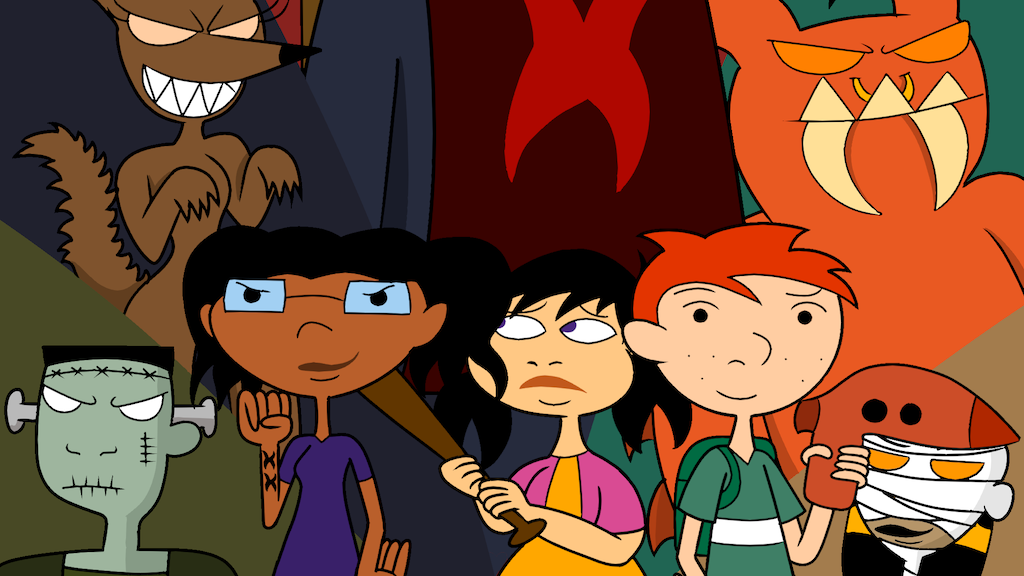 Three kids get sent to another dimension where a bunch of monsters and magical creatures live and have to find a way back home.

The 20 episode miniseries that focuses on a three kids (Charlene, Kaori and Bronson) getting sent to another dimension where a bunch of monsters and magical creatures (centaurs, sprites, elves, goblins, harpies, giants etc). The kids have to work together and find a way to get home whilst getting into shenanigans  on the way.

The main characters in Kiki’s House include;

The aim of the Kickstarter is to gear up a group of animators and artists and create an 8-10 minute animated pilot that will be put up on Youtube hoping for a studio to pick up the show. If nothing happens, I’ll use connections in that I have a cousin who works in the comics/animation industry in the other side of the world.

NOTE: For those of you who may be worried, don’t fear I have the whole show planned out and I’ve seen enough shows to know that this miniseries won’t fall into the pratfalls that a number of serialized shows do (weak pacing, underdeveloped/annoying relationship love triangles, being ”deep” for the sake of being ”deep” without any weight to it all, rushed/deux-ex machina ending, redeeming someone who is practically irredeemable.