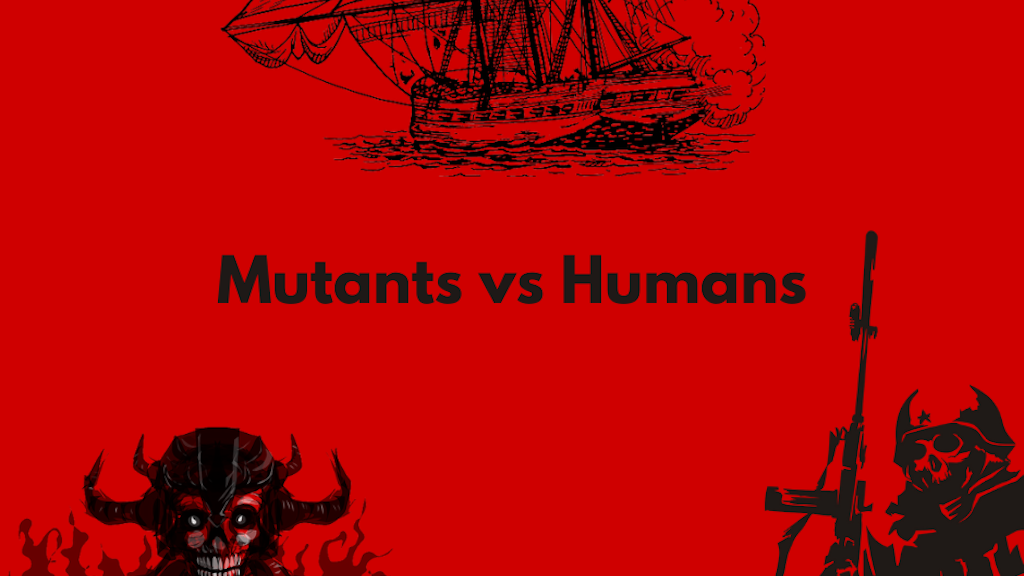 It’s a game between rescued humans and mutants after the Nuclear War.

“Mutants vs Humans” is the newest game which I started developing. It’s a game between rescued humans and mutants after the Nuclear War. People who still live on earth are facing huge problems with resources due to high levels of radioactivity. Most of the earth’s parts are unlivable. Europe, North America and Asia are destroyed. North Pole and some parts in South America, Africa and Australia are still livable and with people.

I created 30 Mutant Characters and 30 Human Characters, who are going to fight in order to keep territories. Humans who are alive are threatened by Mutants. People have just limited weapons and resources who were not affected by Nuclear War. They are facing huge problems to prevail under these circumstances and for that reason it’s interesting how they will manage to fight against mutants to keep their territories.

Using old tools from the Industrial Revolution, like steam locomotives and other primitive tools, it’s a must for them to deal with the crisis of electricity and other problems related to lack of technology, caused by the last war between nations. It’s important to mention that most of them are already engaged in farming, mining and other activities to produce food, coal and improve their weapons.

There are planned to be 90 different levels for 3 maps: Australia, Africa and South America, in different campaigns. Every level within each campaign has different areas to explore to achieve the end of the map. In Australia and South America are indigenous people part of the maps also, among other nationalities who were rescued from the Nuclear War.

10. Eden Guard, and 20 more characters which you will have a chance to see and read about during the game. All of them have different spells and techniques to fight, developed due to their mutations. It’s interesting to know that in some levels of every map some of them are fighting on the same team and it’s much more difficult to fight against them.

10. Hugo, and 20 other more 20 human characters. Compared to mutants to increase their stamina, attack and health every player needs to train them and buy necessary equipment. It’s important to develop a whole team since the others should be engaged in other actions to gather food, metal and water. But it’s also very important for the leader of the team to be strong enough to deal with mutant rivals.

In every level Mutants develop stronger spells and abilities, while Humans can improve their uniform, weapons and use electricity or boats. It’s interesting to keep developing the group since for every improvement each human needs more food, minerals and water. In the end of this game players could discover the lost civilization of Atlantis, which is planned for the 2nd part of the game to be developed with many more characters and technologies.