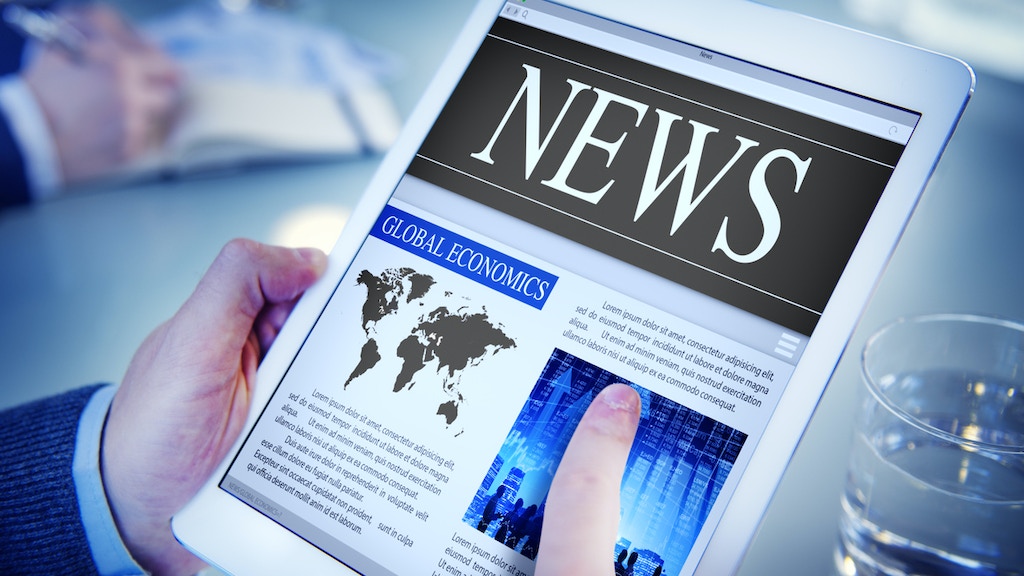 Nunti.app – one subscription to all news sources

How often do You follow link to interesting news and hit paywall? I bet quite often.

I do very often. Everyday it happens probably like dozens of times, when I do check Google News or Twitter or any of my favorite newsletters (like Quartz or Morning Brew – BTW I highly recommend both). I read headline, then few first words, got interested, follow the link and yes – directed to news source web page with short info – pay and You can read more. I like beginning of each month, when on some pages there is limit of few articles You can get for free. Happy me!

The other thing is – yes, You get to site, but it is so heavy in ads, it barely runs and sometimes it is difficult to find text You are interested in. I got it – it is the price to get it for free, but once again – I really want to pay small amount to read what I’m interested in.

And (from the same source):

In the last year a number of publishers have added paywalls and membership schemes while others have reported significant increases in digital subscription, but our data suggest this has not yet had a substantial impact.  We see a slight increase in online payment in some countries and a stable picture in the US (after a big jump in 2017) but in general we have seen little change in the last six years. The proportion paying for news (subscriptions, memberships, donations, and other one-off payments) has remained stable at 11% in nine countries (averaged) that we have been following since 2013.

Publishers are looking for different ways to monetize on content they deliver:

Still most of them require payments to each online news source separately full monthly fee.

So what next? What could be the solution?

What if we could get access to articles we are interested to read, paying just one fee per month?

So far nobody has created model which would be close to what Spotify started for music industry. I think this is great opportunity.

Here comes idea – to create app, which collect fixed monthly payment, allowing its’ users to login to different news sources website and get access to paid content. And – for each article they read – publisher will get small fee.

And this will be:

Benefit for the user: access to all news sources at the price of one subscription fee.

Benefit for the publisher: wider paid user base, not only regular ones, but also “passing by”.

I assume one paid tier level should be enough, but I can imagine few different tiers, like local (national), global or even global without ads. Last one would be beautiful experience – to be able to really focus on what’s most important.

Of course everybody using Apple News can say – we have already similar solution – one fee, access to many news sources. And complete newspaper at the same time!! But, really, how many publication You do read from first to last page. On daily basis, I think we are more into reading different ones, around topics we are interested in. I think also publishers are not that happy – they share complete magazine! And still get small portion of what Apple collects from users. In Nunti – they would be paid only for content somebody read and still can keep regular users, giving maybe access to special content? I think we can figure out good model.

One more thing – Apple News is available only on Apple devices in very few countries. What about rest of the world? And Android users?

OK – Android users (I focus on mobile platforms as most of the news is consumed on the phones) – we have Google News. But this is only news aggregator, leading to publishers pages. And then – guess what – You have to pay. So as long as You want to know more than only headline – You still need to pay.

Of course – it would be easy for Google to start the same service as my idea. I guess it won’t happen – if You are interested why – please check book by Scott Galloway, “The Four: The Hidden DNA…”. Scott makes good point that publishers will never give more to Google. Already Google gets its share from ads.

I would like to create a way (app) for users to pay one fee and share it with publishers in small portions, paying for content they consume.

Would You help me to achieve it and be one of the first user?

Market has huge potential – top newspapers in the world (from Wikipedia):