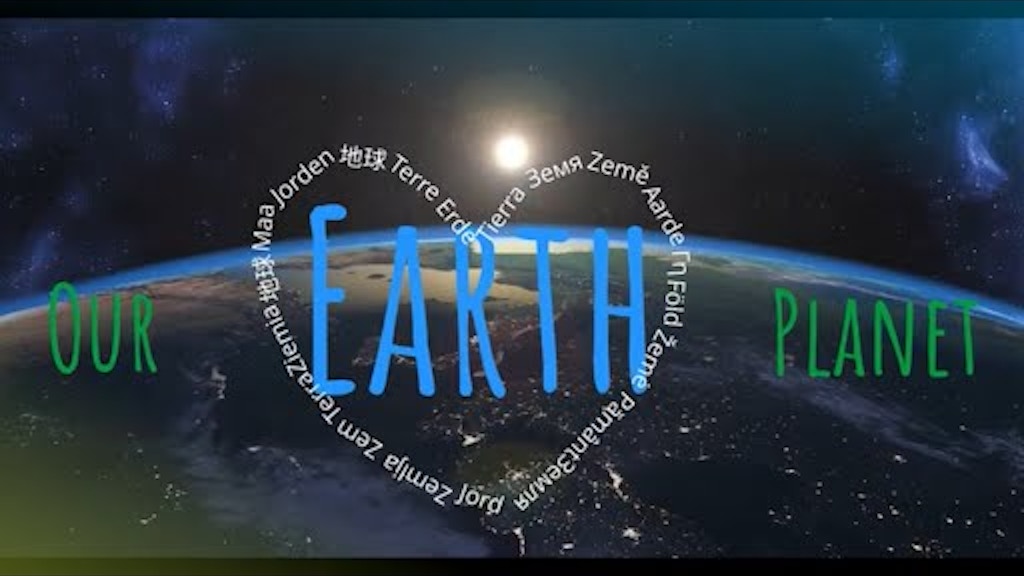 My name is Analyse Huges, and this is the first app I have ever attempted to make. However, I have worked very hard on the outline and the app’s primary purpose, so the development will start as soon as possible when it comes time. This idea seemed from a school project as a written proposal, but I believed that it would genuinely make a change if it were to be developed. So far have created an animated pitch for the app, and I have been consulting web and app developers to work out the pricing for making the Our World dream a reality!

For years substantial amounts of research have gone into finding ways to develop and teach more sustainable and environmentally friendly recourses.   The development of a method that enables the international engagement of citizens is crucial to prevent irreversible damages brought about by climate change and pollution.  With humans being the cause of 50-65% of greenhouse gas emissions and the 2.01 billion tonnes (metric tons) of solid waste produced annually, there is predicted to be between 11-20 years before the damage to our environment is permanent.

The U.S. has implemented at least ten major federal laws and many other federal acts, rules, and administrative environmental regulations to safeguard the environment and the health and safety of U.S. citizens. Despite these enactments, air pollution and solid waste pollution increases by billions of tons annually. We can no longer ignore the danger of the pollution crisis we face today as the limited years we have to prevent irreversible damage dwindle. With this in mind, I strived to create a new approach that engages all people and communities in the efforts to preserve our environment and health.

This project aims to encourage people to take action and limit their carbon footprints and waste production while simultaneously teaching and building an international community.    I believe this is achievable by developing a mobile app that will work towards the following objectives:

You can actively watch Your World change in the app as you make changes.  Your skies will be more clear, and the pollution will slowly disappear!  You will have the opportunity to plant trees and buy animals with your O2 points! However, their health will be determined by the condition of your WorldWorldWorldWorld, correctly, so make sure it is safe enough to live in before making those additions. Some of the accessories in the app, such as animals, plants, ponds, clothes, backgrounds, etc., will cost money. However, any in-app purchases you make will automatically be sent to an environmental organization! So if you are looking to be a part of something bigger than yourself, give back on an exponential level. Join Our World.