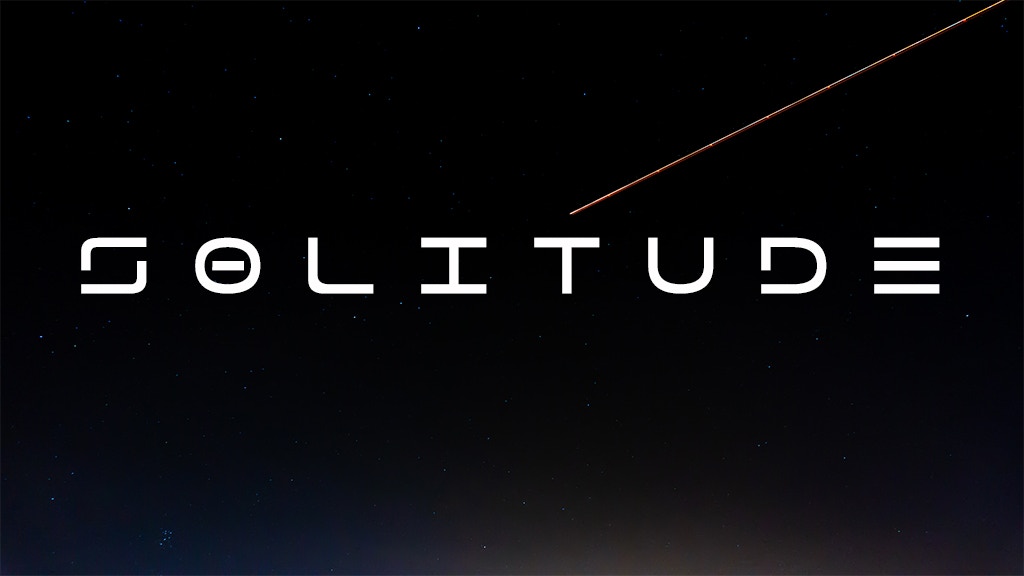 Solitude is a 2D space survival game, focused in exploration, storytelling, and loss.

In Solitude, you will jump into the boots of Morgan, a bounty hunter, mercenary and resilient woman who escaped from an attack of the Xenos, an alien race who used an apocalyptic weapon on the home worlds of the humans, previous to faking a peace treaty preceeded by a cold war. However, Morgan has found herself awakening 125 years after this attack, setting the roots of an adventure in a galaxy technologically disrupted, deep into a dark age of space exploration. Find out who won (if any side can call a victory) the conflict, discover new technologies, explore ancient ruins, and fight for the humanity!

Oh, and you left a little girl before you disappeared. What happened to her?

So, what’s the plan?

Well, I’ve been working with Unity and other, less complex engines such as RPG Maker. A few years ago I decided to try a campaign to create one of my older stories into a videogame, you can check it in my profile. However, I cancelled it not because of the lack of knowledge or direction as you may probably think, but the behind the scenes stuff.

How do I build a game? Am I really prepared for that? Do I have the time?

For the first two questions, it was a no. I needed to understand more aspects of developing a game, such as storytelling, the limits of what can (or should) be achieved in a project, and how to make it work. Regarding time, I really didn’t. So I left my stuff, regarding on commercial and publishing focus, untouched. I kept toying around with what I could do and how I wanted to do it.

The experience over this last 5 years, almost 3 from my first attempt, plus the games I’ve played, the ideas I wanted to create, and hours and hours of watching videos explaining and analyzing a lot of aspects inside of videogames and movies within their systems, how were they made, and dozens of other details, I finally decided to take a step and start working in a project. I feel confident on what I’ve learned both technically and in storytelling to work a year and a half in something I feel like it’s missing in the catalogue.

Of course, I am not alone. I will be working closely with people to design credible, good looking assets and storylines, as well as the code needed for all sort of mechanics, from creating a specific command to polishing the most basic ones.

There are people that has managed to make games alone, like Stardew Valley, and it’s a wonderful, amazing game. But researching you will know that such task takes years, and a lot of sleep depravation to make it a reality. Being another solo dev would be a good title, but having only a year and a half to develop Solitude I prefer to have all the collaboration needed to deliver a game made with the resources and assets it needs to have, in the way they need to be made for the word quality to be fit in.

With this scenario, that may change from a bit to drastically over the next 12 months, I plan to set a minimal timeframe of 18 months of work, being 14 months of development, and 4 of polishing and testing it to make sure I deliver a playable and enjoyable game at the start.

The first six months will be focused to create the skeleton of the game: Core mechanics, functional systems, ships mechanics, items, and play grounds (the solar systems and the galaxy). Since this is the core of the game, I need to make it work in order to proceed with what the user sees, which is the visual stuff. It’s definitely better to work using a triangle as ship than taking time to create the ship how I need it to look like, just for the mechanics involved on it to not work as they should, or missing key elements for interaction with the enviroment.

The last six months will be focused in the stuff: Graphics. Considering that creating a single, specific sprite may take at least 3 days, from the concept art to importing it to the game, I believe that the main visual items the player will be interacting with deserve a decent time frame to make them work, look good, and accomplish what they need to show.

An important note here is that, while I plan to use what Unity can offer, I will not waste time adding unnecessary details to the game, like shiny and last generation light mechanics, shading, and the like. It may make the game look cool and new but in reality, it’s going to consume a considerable amount of dev time, it may be a feature the game doesn’t really need, and most importantly, it can affect the user experience in a negative way if not implemented properly (framerate drops as the most common result of this). Graphics are an important part of the game, so I will use the assets and features I consider necessary. After release there’s no deadline to implement new features, so the really shiny stuff will be checked there.

Finally, the four or less months left for testing will be focused on… well, you know. With the help of our backers we’re going to check every mechanic, storyline checkpoint, item interaction, and we will be blowing a lot of stuff in space. It’s impossible to catch every bug in a game, so taking a proper amount of time to check in detail every aspect of the game will help us deliver a base version as free of bugs and playable as possible. Through discord, post-release, we will take a look at things that made it below the radar and need hotfixes or weekly changes, to improve the user experience.

If I, with the help of the beta testers feel like we have a game good enough to be launched, then the four month window may be smaller, but for now, 4 months are a fair amount of time both for you and me, to sort everything out. I don’t discard any extra windows of time to keep working, so I consider to talk about that when needed.

On this timeframe we will also be starting to look licensing, trademarking, and the process to add the game to Steam or Epic Games (or both), as well as a website for the game if the user is interested in getting a independent copy.

After a successful release, we can think about new languages, and new content, having languages as the main priority, being Spanish, Portuguese, French and German as the localizations to add over time, with order relative to the number of speakers of said languages interested in the game. Highly demanded features such as multiplayer can only be taken in mind once the game is out there.

Finally, I want to say thank you. This is a project I’ve know will represent an uphill battle, but the results are going to be great, be the day of its release, and two years later, with the game always evolving.

We have a Discord still being set up, but you can come and meet me, as well as reading the lore previous to the game’s events you’re going to be part of. As a sign of gratitude, but as well of responsability, updates and news will be delivered there on a constant basis to everyone, depending on the role. I may need a hand on something or even ideas, and including the community that has decided to help out on this project on the roots of it is a good boost to its development. Join now!: https://discord.gg/4H77XWw

We also have a Facebook Page. Drop us a like to have quick info on the progress of the campaign and the game if we reach the goal!

Also, I’m working on a small demo to show the basic mechanics of the game, so stay tuned if you want to check it!

That’s it for now regarding stuff to adress. If more has to be said, it will be updated. Make sure to check the risks and challenges, the info about me, as well as the enviromental compromises to find out about our plans with you as a customer, and with our planet.