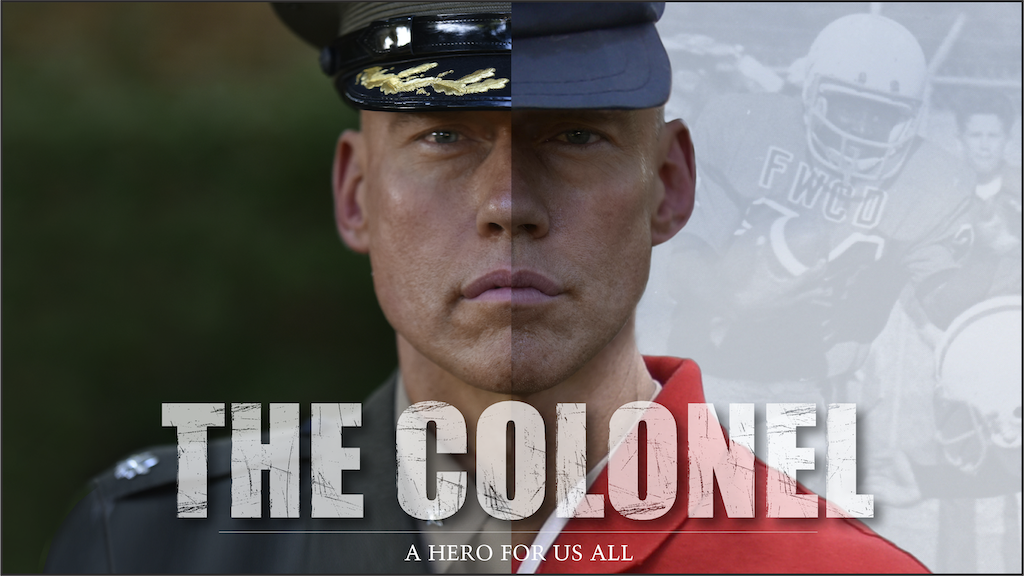 A Hero For Us All

THE COLONEL – A Hero For Us All

In our current age of cynicism and scandal, it’s hard to remember what exemplary leadership used to look like. Having witnessed such a figure, I committed myself in 2009 to write my experiences down, first, in a feature screenplay, then in a documentary, THE COLONEL’S PLAYBOOK, and now in a feature-length movie, THE COLONEL.

Why? To reveal how great teachers can unlock miracles in the most unlikely students. As one of those students, I experienced Colonel’s magic in bringing out the best in me. Colonel may have been coaching sports, but underneath he was arming his students with the courage to persevere through any obstacle. Colonel’s influence changed my life then. Today, when a real-life hero is desperately needed, I believe The Colonel has the potential to inspire hope and change in us all. But we need your support to tell THE COLONEL’S heroic story!

In 1969, I enrolled as a third grader at a startup private school called Fort Worth Country Day. Unfortunately for the school, the late sixties was a time to rebel, drop out and thumb one’s nose at old school attitudes. Struggling to fill its classrooms, Country Day’s leaders decided they needed help. I was ill-prepared when Lt. Col. R.C. “Rocky” Rosacker, a war-scarred WWII Marine, was recruited as athletic director and middle school football coach. Imagine John Wayne as a coach and that’d be half the Colonel.

As the Marines had instilled in him, Colonel led by example. He believed everyone should make a contribution and, with courage, all obstacles would be overcome. He took pushback as a sign for more encouragement.  With his mix of discipline and love, there were no students he didn’t help transform into more hopeful, courageous, and contributing members of the school.

Without my realizing it, the Colonel lit a fire in me to tell his story and pass along his spirit of resilience and joy for life.

Our goal for this film is to showcase how a leader like the Colonel took the rebels, outcasts, superstars, underachievers and through his demanding teaching, developed resilient, self-actualized individuals out of them. At a time when parents rarely attended kids’ activities, the Colonel became the stabilizing force in his students’ lives. Both individual and cooperative achievements soared. He was our Merlin, but instead of giving only the chosen one a magical weapon, he showed all of us how to find Excalibur in ourselves.

Because of bullying, social cliques, and high operating costs, the school was struggling to keep its students and its doors open. That’s when the Colonel arrived. What he did that first year to turn the school around was legendary, and I believe would make a movie as distinct as the man himself.

As we did in the short film, we will shoot in wide-screen, 2.35:1, to capture the expansive vistas of the school and the possibilities of the students. With your support, our goal is to cast the most talented actors, as well as expert crew, to create an independent film on par with any moderately-priced studio film.

In 1969, at the height of the Vietnam War, a struggling prep school hoping to alter its misfortunes hires a charismatic Marine to unite its rebellious students.

Kevin Durand (The Strain, Lost, Fruitvale Station) starred in the short. Your contributions will help us make him an offer to star in the feature.

Our seasoned crew has produced successful motion pictures, television, and commercials both domestically and internationally.

Besides having thirty years experience as a writer, director and producer in the film and television business, Tim Williams’ had the up close and personal vantage of observing Colonel transform lumps of clay like himself into competent, self-assured people. Having experienced Colonel’s ability to cultivate excellence in others, Williams has the opportunity to bring an unmatched perspective to telling the story of THE COLONEL.

Your contributions are critical to making this movie. We hope these rewards show our appreciation for your support!

(Please Note: Shipping Not Included in the pledge price. Estimated shipping charges are at the bottom of the page.)

For $250, you’ll get the official The Colonel t-shirt and the inside story on the real Colonel and the life-changing transformations he helped so many to achieve with the feature-length documentary, The Colonel’s Playbook. (Shipping not included)

The fun doesn’t end there! After the premiere, you’ll receive your very own digital copy of THE COLONEL following its official release.

Shipping for The Colonel rewards:

(All prices in $USD)

The Colonel Hoodie and T-shirt