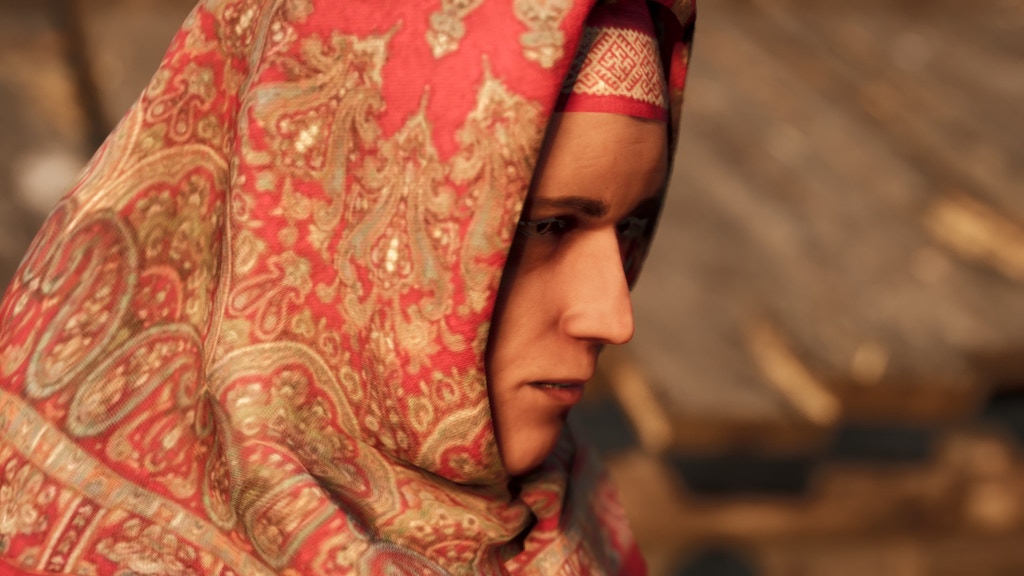 Don’t feel like reading a wall of text? Play the free alpha teaser of the first chapter on Steam right now, and see the game for yourself!

Don’t feel like downloading the demo? Here’s a full video walkthrough of the first chapter!

The Emperor’s Own is a story-driven adventure game with RPG elements. It features deep, multi-dimensional characters, difficult moral dilemmas, and a mature, branching narrative where your decisions truly matter.

The story takes place in an alternate universe, inspired by the Russian Empire at the dawn of the 19th century. You play as a young officer in Imperial Secret Intelligence.

The empire is exhausted by foreign wars and mounting internal protest. The division between the haves and the have-nots has never been as stark. A peasant uprising is threatening to turn into a bloody class-based civil war. How far will you go to do your sworn duty? Will you restore order by any means necessary? Or will you instead throw kindling into the fire, and watch it burn all around you? In The Emperor’s Own, the choice is always yours.

The world awaiting you is one of contrasts and extremes, from the dizzying wealth of the imperial palace and the capital, to the poverty and destitution of backwater villages. You’ll be fully immersed in a time and place unlike quite any before seen in a computer game. We don’t sugarcoat anything, and don’t pull any punches. You’ll experience that world and its atmosphere with all the glory and all the horror it has to offer, without any fairy-tales, magic, or monsters. Only real people attempting to find their way through trying times, showcasing the best and the worst that human beings are capable of.

You’ll take on the role of Cornet Alexander Obolenskii, a young officer recently recruited into Secret Intelligence because of outstanding accomplishments in the Imperial Academy, and an even more outstanding last name. The unit answers to no one but the Emperor himself. You’re entrusted with life and death authority over all other residents of the Empire, from the lowest peasant to the highest aristocrat. Will you use that power to carry out your orders? To advance your personal interests? To fight for an idealistic cause? That is, of course, up to you.

Along your adventure you’ll meet a memorable cast of characters. Each has his own thoughts, motivations, and hidden agendas. The world is not black and white, and there are no heroes or villains. You’ll encounter daring officers, noble ladies, corrupt officials, firebrand rebels, sadistic psychopaths, and God knows whoever else. The game is fully voiced, and all the characters are brought to life by top-tier professional voice actors.

In addition to grand political intrigue, there are personal moments to experience, including friendship, family, and romance.

And should you wish to indulge your baser desires, there will be an opportunity to do that as well.

The story is not linear, and your decisions truly matter. They have far-reaching consequences that don’t reveal themselves until later on. Once you make a choice, you’ll have to live with it, no matter the outcome. There are no right and wrong answers, and no one is ever safe. Any character, no matter how important, can die at any moment, perhaps even by your hand.

The year is 1803. The Slavomir Empire is recovering after a vicious conflict with its southern neighbor. Word is spreading that the uneasy peace is about to give way to another war, even more bloody and devastating than the last. Emperor Alexei III has raised taxes and increased the term of military service, further inflaming the already exhausted peasantry.

Dissatisfaction in the provinces is increasing daily, and serfs are at the limits of their patience. Few people are aware of the true situation in the Empire, however. Most of high society are still attending balls and receptions in the capital without a care in the world, although there’s discontent among some of the nobility as well. Secret societies and plots of all manner abound. The line between enemy and friend, truth and lies is getting ever more blurred. The Empire is atop a powder keg; all that’s missing is a spark.

And in the midst of it all, rumors of mysterious and supernatural events in the borderlands have reached the capital. Peasants are whispering that the Emperor has lost God’s favor, and that a change is needed at the very top…

I suppose this is the part where we should write about how great and amazing we are as developers, but we’d rather let the work speak for itself. You have the demo to play and judge for yourself, so we’ll just stick to the basics. We’re a small indie studio based in Russia, made up of 20 people with varying levels of experience. Some of us have worked in game development all our lives, others are brand new to this, following our dreams for the first time. The one thing we all have in common is that we’re passionate gamers who sincerely love games and want to make something awesome that we can be truly proud of.

What makes us different? There are a number of companies out there that claim to put story first, but we truly mean it. The company owner and founder is also the lead writer for the project, so for us the narrative really is everything. Every decision that we make, everything that the entire company does has one single goal in mind, which is to tell the most interesting and engrossing story possible. Everything else is subordinate to that. In fact, we may be the first gaming company in history where the project director answers to the lead writer, as opposed to the other way around.

A further consequence of the company’s being fully owned by the lead writer is that there are no investors or shareholders that we’re accountable to. Every single cent of your hard-earned money will go to making the game and the story as good as they can be. And of course we get to follow our artistic vision without some idiot from finance who has never read anything except self-help books telling us what to do.

Speaking of investors and publishers, we have some offers on the table to finance the game, but they come with, shall we say, strings attached. Aside from the obvious: loot boxes, DLC, and oppressive DRM, here are some of the more “interesting” comments:

“Story is good, but too much of it. Needs more action. Players don’t want to listen to so much dialogue.”

“Story is too complicated, need to simplify it to broaden appeal.”

“Setting is too unfamiliar. People will be more likely to buy if you change it to standard middle ages fantasy.”

“Project would benefit if the playable character was a spunky female in revealing clothing. Preferably an elf.” (Seriously.)

“Have you considered mobile?”

Needless to say, we happen to be of a different opinion. We want our game to be art, not a soulless commercial product, and need your help to make sure it stays that way. If this campaign is successful, we’ll have the freedom to make the game we want to make (and hopefully you want to play), not something that greedy corporate execs think will make the most money.

Once again, there’s a free alpha teaser of the first chapter on Steam right now! Check it out for yourself!