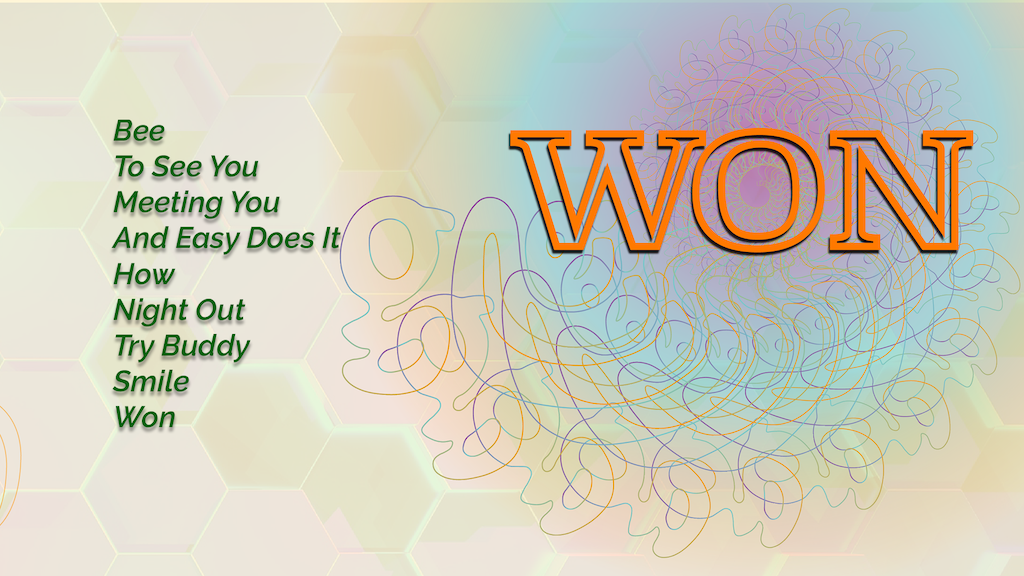 A vibration of connection and creation

The Won Challenge: To create a harmony of sympathetic vibration that will spread into a correspondence of compassion.

Can a $1 pledge for the demo can generate enough green to hire the instrumentation for the musicians needed as well as cover the cost for development and production of the Gneiss Won album?

Unearthed in the early part of 2020, 9 songs were gathered from Gneiss. Chiseling the total roster of songs formulated over the last decade beyond 50. The music of the past years resonated, in identity, live for listeners organically among the green mountains of the north…But the 9 new songs of Gneiss 2020 were conjured in a cauldron of a changed creative energy. 2020 progressed and was transformative for many lives and lifestyles. Musicians were among many that had avenues of revenue stunted. Gneiss, being intimately designed by vibration, envisaged a potential for these 9 songs to create opportunity for musicians to be paid for their craft. All it needs for success is for you to support and share the potential of Won.  To achieve interest and success Gneiss, being so ancient and timeless, compared to our conception of passing duration, possesses another great legacy as a grandparent to our civilization.  The skill of the storyteller – and this is the greatest story ever old…

Before the humans became the architects of monuments, temples, cathedrals, and castles the colossal beings of the era were the architects of time. Rhythm, chant, and melodic resonances could take the mind of the golden age creature away from its being by transmuting their sensory awareness into the transcendence of altered states of perceptions. Music was the catalyst that quickened the consciousness of humankind propelling and developing maximums in potential. It exploded into a mind harvest, a swell of discoveries, and a series of megalithic accomplishments that push the logic of understanding today. Among these discoveries were new methods that made the musician’s purpose, in guiding and transforming a mind into deeper states of cognizant abilities, obsolete and the practice slowly was disassociated. Those with the understanding guarded the knowledge because keeping its secret bestowed a power over the minds that lacked gnosis. The more complex the walls of magnificent physical stone were erected, the more the metaphysical walls in the minds of the masses also became framed. Until finally culture became blind, fully ignorant, and totally bricked off from their inner potentials. Wisdom is a prize, and the perfected ways to amplify the mind’s mental states became a well guarded, and powerful understanding only shared among the chosen. Wanting it to themselves they designed a systems of cognitive dissonance to help interfere with a common minds ability to tune into other mental harmonics.  It was the early musicians who discovered how to use the ratios between the orbits of the planets as the key that elevated the primitive mind. Those planetary frequencies and time signatures have the relationships which can unlock higher states of mind. One of the greatest veils that prevented the masses from understanding the influence of planetary vibrations was an assimilation towards a ritualistic adoration for only the Sun. It’s under the sun that the humanity can accomplish the work in the fields and with the light the multitudes can remain mesmerized, entranced, and subdued. The social calendar construct was created, materialism prevailed, and the grind of the Great Work was engendered.

It was music that had brought into this design, and it’s music that will re-diagram the love for listening to the stars vibrate above.

All things carved in rock have an entanglement and Gneiss consequently has an interconnected relationship to a world within walls that have been built with rock. As we leave 2020 behind 20/20 clarity will follow forward. As this project moves forward Gneiss will continue to reveal its concepts and give explanation to the meaning of this creative drive.  Give a Won and stay updated on the story behind the music.

All in All – All is Won – Everyone has the Won in all of you.