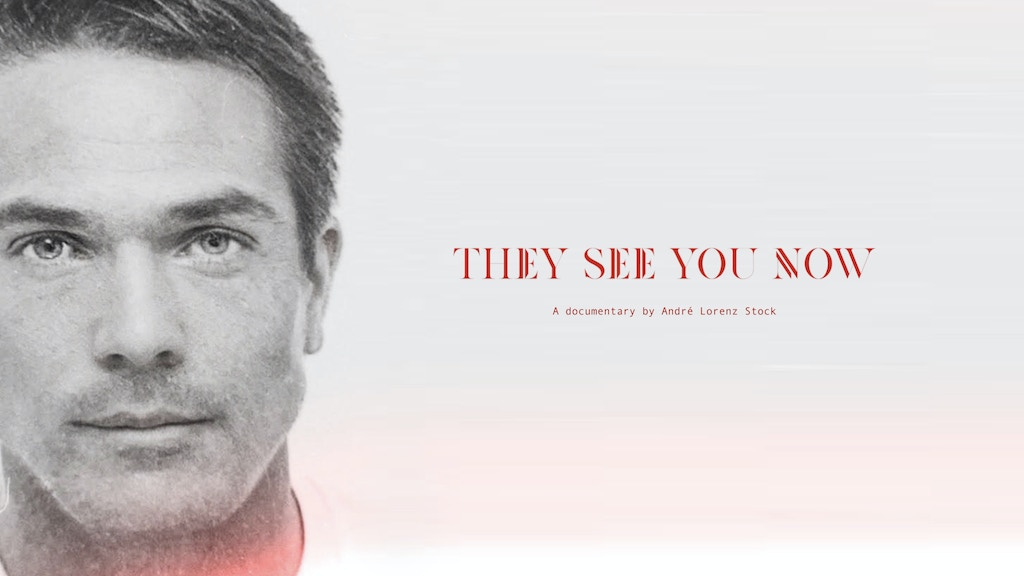 André idolizes his big brother Sebastian. When Sebastian gets mentally ill he decides to get his superhero back to fight shape.

This is my story. I grew up in Sweden, idolizing my brother who lived across the Atlantic ocean in L.A chasing his dreams to become an actor. And as a kid, I promised him to help him out with that dream as soon as I get big. But when I got big, he became mentally ill. So I made it my mission to fix him and get my hero back to fighting shape. Now, I want to tell the world my story and hopefully, I will help those that are struggling with a family member, a partner or a friend that is mentally ill. Hopefully, my story and this documentary can help to see the mentally ill people as just that – people that are sick, rather than strictly see the symptoms and say “that’s a bad person”. Below is my description.

“André is a bullied boy from Sweden that begin to violently act
out in school so his mother decides to send him away to spend
the summer in Los Angeles with his big brother Sebastian. André is in heaven and Sebastian becomes his superman. So 10 years later, when Sebastian gets mentally ill, André becomes obsessed with getting his superhero back into fighting shape. A mission that turns out to be more difficult than he could
ever imagine.”

Here is full presentation of documentary: Please see the full PDF for the documentary here: https://drive.google.com/file/d/1wOcKwGWpe_xmnfqzkKVjJqOHfwnkEDXH/view?usp=sharing

André is the youngest of 5 children and grows up in a gritty factory town that plagued with racism. His dark look stands out from the blonde scalps of the other children. Persecuted and beaten he begins to isolate himself. His siblings are all much older than him and by the time André is 5 years of age, his oldest brother Sebastian has already moved out of the house and moved to Los Angeles to pursue his acting dreams. With the years begin to skip school and try to be as far away as possible from anybody who might hurt him.

André, now 11, begins to violently act out, and shortly, he is expelled for fighting. It escalates to police matters, and the social services quickly get involved. Worried, Andrés mother Ingrid decide to send him to his brother Sebastian in Los Angeles over the summer.

He barely knows Sebastian but he thinks he looks cool. To André, he looks like a movie star. As he drives through the L. A traffic André is watching his brother with awe. He stirs the wheel with one hand, smoking a cigarette with the other and blasting music so loud that the car is like a boom box with four wheels going way past the speed limit on Sunset Boulevard. André is in heaven. Far away from school, bullies, and social services.

When André flies back to Sweden, André has a new idol. The actor, the bodyguard, the model. A mythical figure that is forever captured in André’s mind.

Ten years go by and André grows up and begins his journey to his dreams as an entrepreneur. Sebastian, who had been harder and harder to reach lately, finally decided to move back to Sweden.

Sebastian moves into Luis, the father, in a small town in Sweden. André, now 21, takes the train to go visit him. Who he meets now is someone different from the capsuled, glorified version of Sebastian he knew from L.A. Low of energy, overweight, wearing old clothes, Sebastian looks like a shell of himself. Like life had won and he was out of hope for a rematch.

Soon thereafter Sebastian had psychosis and was hospitalized at the psychiatry ward. While at the hospital the doctor gave him the diagnosis of Bipolar type 1 and narcissist. Their solution? A ”reboot of the brain” with medications. André’s world as he knew it is turned upside down. Superheroes do get beaten. Not only that, but they get mentally sick too.

André becomes obsessed to get Sebastian back to his former self. But it turns out to be harder than he could ever imagine. For years, André is left with frustration and sorrow as he fails to reach Sebastian, in a cloud of the sedative drugs that causes Sebastian to stay in the small town with their father and acting out with drugs, violent crimes, and destructive relationships with unstable women. During those years, André – finds his way to alcohol addiction after years of, in vain, attempts to get the other family members to see Sebastian as sick but they only see his symptoms – the wild behavior and not him.

After many years André finally gets Sebastian to feel better with less medication and they start a Reality-TV Project. With Sebastian’s sparkling personality that André managed to capture on a trailer, a prominent production company decides to produce it. And the brothers are on top of the world as they wait for a call back for a network to pick it up as well only to come back after a couple of months and tell the brothers that they weren’t able to sell it. Sebastian is heartbroken and André’s efforts of calming his brother are fruitless.Sebastian returns his drug addiction to self medicate.

As André sinks further and further into his vicious alcohol addiction, he loses grip on his mission to save Sebastian. Eventually, he manages to get sober but struggles to reach out his arm to Sebastian and his spiraling addiction.

October 24th, 2019, Sebastian passes away. André couldn’t believe it. For 6 months André barely left his bed and isolated himself. Just like he did as a child before he visited Sebastian in L.A. Guilt-ridden, he felt he failed his brother. And instead, just like the rest of the world, only saw the symptoms of a mentally ill person. However, as André is trying to understand the struggle that followed him his entire adult life, he discovered that he is not alone. To say the least. There is a global pandemic, much scarier than Covid-19 and it’s in our heads, literary. According to the latest studies, more people die of suicide than each year than people who die from war, starvation, and viruses – together. The statistics speak a clear message, human’s biggest challenge now and in the future is our mental health.

In this documentary, after taking part in André’s story, we get an insight and overview of the current state of the biggest threat to humans currently. And get’s proposed a new way of seeing mental illness. Seeing people that are sick and their symptoms, not bad people acting out, only deserving of exclusion. To remove the shame and inform how we can improve the life quality for them and the people around them.

Sebastian is the oldest of the three boys in the Fagundez family. Strikingly handsome, muscular, and with an attitude of a world conquerer, he sets the tone for his younger brothers Paulo and André for how a man should be, look like and carry himself. Sebastian decided to move from the small town in Sweden at only 18 years old to quickly become an imposing figure in the Stockholm nightlife where he began working as a bouncer and a bodyguard for one of the most well-known artists in the country. And began dating the lead dancer. This was until Stockholm was doomed too small and he took sight of Los Angeles to become an action hero. He had the looks, the drive, and the muscles! But Sebastian is a wild man, who got married in Las Vegas with three different strippers, always driving his car a bit too fast with only one hand and a cigarette in his mouth. Demanding attention just by his presence, everywhere he went. But all is not what it seems with Sebastian. He suffers from severe depressions making it difficult for him to keep his life together.

André is the youngest of the Fagundez children. After a troubled childhood, he decided to become an entrepreneur to prove everybody wrong – we were going to win at life and nothing could stop that. A chip on his shoulder that constantly wore on him. The trip he did to visit his brother when he was a child had shaped his views on how to be a man, what a man is, and the kind of raw drive it would take to make it. And most importantly, it had shaped and cemented his view of his brother as his idol. Something that would later make him obsessed to fix Sebastian when Sebastian came crashing when André turned 20 years old. And seeing as André believed in the impossible, he seemed like the perfect candidate to do so. However, André eventually loses his grip too, falling into a vicious alcohol addiction leaving him near rock bottom.

Please see the full PDF for the documentary here: https://drive.google.com/file/d/1wOcKwGWpe_xmnfqzkKVjJqOHfwnkEDXH/view?usp=sharing