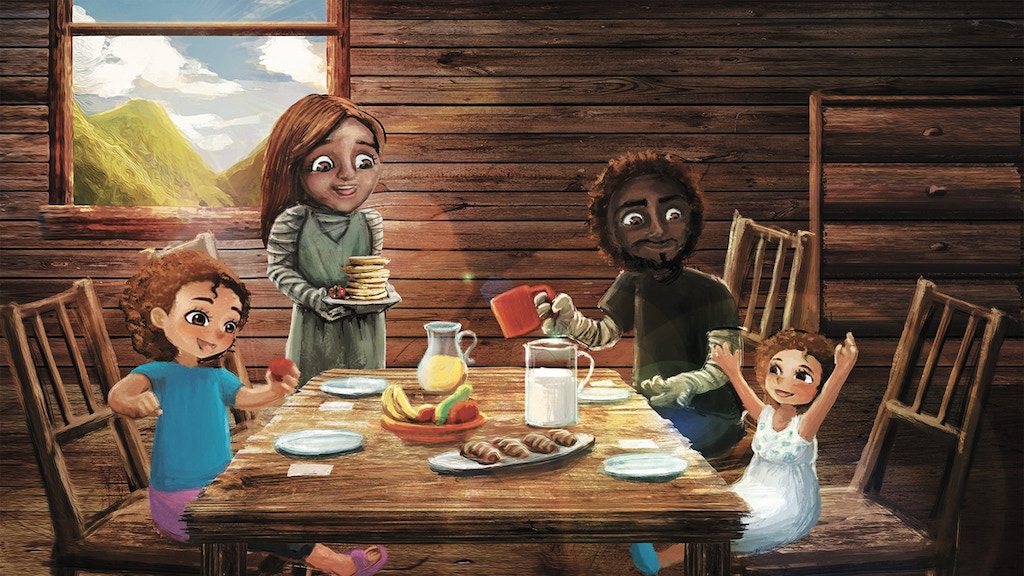 I am making a small children’s book to give as a gift.

I am a Little Creator Junior Mejias, who lives in a corner of the planet called Earth, coming from a poor family, but who throughout my life developed as a graphic and literary designer, after several years writing, I took the initiative to make my first children’s book.

As Shakespeare once said in The Tempest, “What’s past is prologue,” which has never been truer that it is now. Far from an examination of no-longer relevant events, the study of history is the elucidation of everything that has made every one of us who and what we are, and only by understanding what has been have we any hope of managing what’s to come. Because the future doesn’t just come; it’s crafted.

As a species, we have gone through countless famines, plagues, and wars. It’s amazing we are still kicking at all, if we’re being honest. Beyond that, it’s even more amazing that we were able to develop literature and democracy, cross vast oceans, and go through periods like the Renaissance and the Enlightenment. Oh, and we walked on the moon, too.

History is messy stuff, but much of it is, in fact, not ugly and not all that hard to process. The more you know about it, the more the messes make sense, both in a historical and modern context. Here are 10 great history books that drop brilliant knowledge. Our top picks stretch across time and the globe, but you can see many of our favorites are about Western civilization, recent history, and Canada.

Tiana and Aaliyah, they are charismatics and carries a lot of energy, they love to play and always be on the grass and bath themselves in the rivers that runs through the valleys of the hills near the enchanted forest.

Beautiful and radiant because of her long reddish hair that stands out among the shadows of the bushes of the enchanted forest, she lives alone and hidden, vigilant so that everything is in order.

Observing and pausing everything that happens in the forest, it is said that he has only said two words in his life.

Wise for being the greatest of the fruits of the enchanted forest, his intelligence led him to discover antidotes to unleash evils from the forest in a matter of just spreading spores.

Together with Mr. Tomatton, she is one of the oldest and wisest in the forest, she tends to prowl the forest always with her bag equipped with scents and antidotes in her bag.

Shy and simple, it is said that before she was an orange, she was a very beautiful girl who walked through the enchanted forest and one day she magically woke up being an orange.

She is usually very friendly, hopeful to get the rest of her family, tends to be cared for by Sir Tomatton.

Always smiling, funny and eloquent, she loves to dance and listen to the songs and hums that are heard in the forest.

Playful and always together, the cherry brothers have never been separated from each other.

Observer, cautious and caretaker of all the vegetables of the enchanted forest, he has the power to represent the broccoli by his magical knowledge to care for them.

Mysterious, does not usually speak to much, mostly he is moody and distant from the rest, he tends to disappear at times of greatest risk and danger in the forest.

He is perhaps the most eloquent and extroverted member of the forest; he usually does crazy things and his companions in moments of greater tension.

The Fate of Human Societies isn’t the history of one particular place, people, or period, it is an examination of what happened to a range of peoples in a host of places and times based on agriculture, disease, and other factors, like luck. History happened the way it happened not because one group of people was innately better than any other, but simply because some folks first developed better weapons or learned how to grow more food than the next culture over. But for slight changes, it all could have been different. (Not necessarily better, mind you, just different.)

we live and breathe the belief that we can help people transform their work lives, and so do our contributors. Our experts come from a variety of backgrounds but have one thing in common: they are authorities on the job market. From journalists with years of experience covering workforce topics, to academics who study the theory behind employment and staffing, to certified resume writers whose expertise in the creation of application documents.

therefore, throughout my years, I became aware and began to write books, poems and musical lyrics as a saxophonist that I am.

Thanks to each person for their motivation to promote small entrepreneurs in the world, thank you from the heart, because a small house is better than nothing! att: JM.