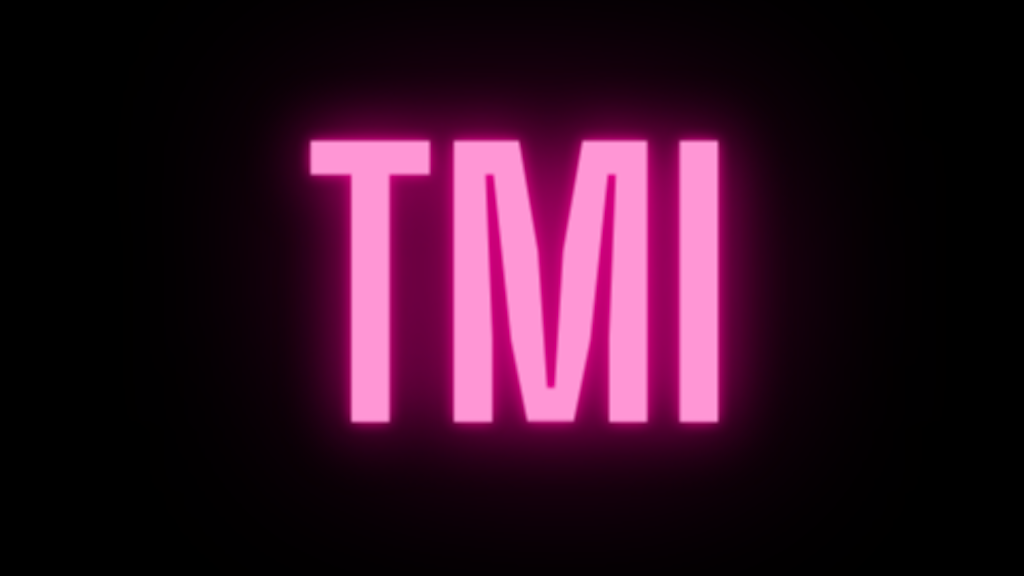 Today’s dating world is dominated by apps that match users based predominantly on physical attraction. Often individuals will go on countless dates only to realize on the third—or fifth, or twelfth—date, something that had they known before, they would have never wasted time on that person. In a nutshell, finding your soulmate is about much, much more than physical attraction, and that is what “TMI” sets out to accomplish: forcing users to answer intimate questions in order to discover important facts or “deal breakers” about prospective matches before ever going out in the first place.

The general premise of the app is this: users will initially match with one another based on generic profiles that match individuals based on mundane categories mainstream apps use: i.e., photographs, age, gender, geography, and initial dealbreakers like religion or political affiliation. After this stage, users will be challenged to determine if they are compatible with this same individual based on other factors beyond mere physical attraction. Each person will pick certain questions or prompts for their match to answer that they feel are most important for them to know (“What is your relationship like with your mother?” “Describe your political beliefs.” “Are pets a dealbreaker to you?”). The idea is that, by the time intimate and even sometimes hard or controversial questions are answered, you are ready to proceed to the next level in your relationship—before ever meeting.

In summary, TMI is not for the faint of heart, but imagined especially for individuals who feel that mainstream apps have failed them, and are looking to find “their person,” and an application that will facilitate deeper connection and intimacy in their love life. I am a single woman in her twenties who feels this way, and wish there were other applications on the market designed for real relationship in a busy, hectic world. I have never started a business before, and have no capital with which to do so. However, I believe in this idea, and would so appreciate help funding it!