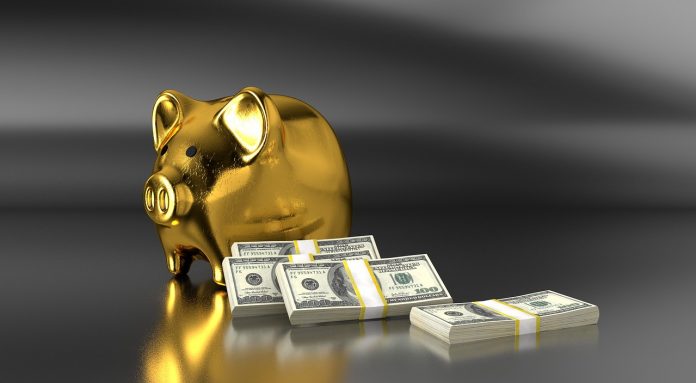 Crowdfunding is an amazing concept! It gives anyone with an idea and a business strategy a platform to develop their dream project from the ground up by connecting with like-minded individuals. The same is true for the project backers, as it can be quite rewarding to participate in a project you believe in and help it grow into a complete product.

Although the idea of crowdfunding has now become common, it wasn’t always so. The concept of crowdfunding as we know it is a relatively new concept that began to take shape in the mid-2000s, and that has received a lot of mainstream attention in the past decade.

Today, we want to take a broad look at the crowdfunding industry since its creation up until now. Its origins, what has changed for the better, for the worse, and some of the highlights in crowdfunding history.

Crowdfunding: How It Started

The first known instances of crowdfunding on the internet first appeared during the late ’90s in the music industry, having been used to fund tours and studio albums. Later in 2001, the first crowdfunding platform was created and known as ArtistShare. The platform applied the crowdfunding model to the music industry, allowing artists to connect with their fans directly to fund their music projects in exchange for exclusive access and benefits.

Since then, the base model hasn’t changed much, but it has been brought over to a wider audience that extends far beyond the music niche. Websites like IndieGoGo in 2008, Kickstarter in 2009, and GoFundMe in 2010 have shed light on the concept and made it famous throughout the world. So much so that, according to Fundly, around $34 billion have been raised in crowdfunding campaigns around the world.

While crowdfunding has been mostly used to fund products directly through a pre-sale model that gives backers exclusive access to the item, rewards, and gifts, other types of crowdfunding also exist. Kiva, born in 2005, is a well-known peer-to-peer lending platform that popularized the concept of crowdfunded loans or P2P Lending, allowing entrepreneurs to get a small business loan to develop their product or stock for their businesses.

The Good, The Bad and The Ugly

The success of the crowdfunding scene is, in part, due to some of its most famous products. These well-known campaigns have shown the power of crowdfunding and have proved that it is possible to create a quality product without having to raise millions in private equity rounds.

The biggest crowdfunding project in history is the Pebble Time smartwatch, launched in early 2015. Pebble Time managed to raise over US$20 million from around 78,000 backers with the first million coming in under 50 minutes. Now known as Fitbit, the company has done quite well, and it’s hard to go outside without spotting one of their infamous Fitbits on some jogger’s wrist.

Although Pebble Time is the biggest, Oculus Rift is perhaps the most well-known project to ever come out of Kickstarter. Raising around $2 million UD, Oculus Rift was later acquired by Facebook for $2.3 billion. Now imagine how many millionaires would have been made if the campaign was equity-based!

Not everything is a bed of roses, and just as there have been notable success cases, there have also been significant failures. From companies that have vanished to others that simply could not keep their promises, the Crowdfunding world has no shortage of dead projects.

Some of the most known examples include Kobe Red, a campaign that promised to deliver delicious Kobe beef jerky made from massaged Japanese cows. The fraudulent project raised over $120,000 before it was exposed as a scam due to fake press releases, testimonies, and taste contests. Luckily, Kickstarter was able to stop the scam in time after several customer complaints. Another example is the Eye3 drone, which was using photographs from other products to promote the campaign.

How is Crowdfunding Changing?

As the industry continues to evolve, with projections estimating it to grow to over $300 billion by 2025, it’s important to keep up with the times in order to make intelligent choices.

In 2015, an article entitled “Why Kickstarter is Corrupted” was posted in the Huffington Post, explaining how paid advertisement allows certain campaigns to drive traffic to their projects, taking the value of the proposition away from the “self-made” nature of Crowdfunding campaigns.

This issue has been a constant theme for Crowdfunding platforms, and while the solution is hard to grasp, one thing is certain: Success attracts fraudsters, and the number of low-quality campaigns and scams found in Crowdfunding platforms has increased steadily throughout the years. It’s worth noting that these platforms usually don’t perform extensive due diligence on the projects and only review them lightly to ensure they comply with the platform guidelines. This responsibility falls heavily on the shoulders of the investor.

While Crowdfunding may seem like a lawless land at times, 2019 has seen a substantial improvement in the efforts made to crack down on schemes. In May, the FCT issued a warning regarding Crowdfunding scams, following a US$800,000 lawsuit against iBackPack, an Indiegogo campaign that went silent after funding and was later found to be using backers’ funds for personal use.

With these issues in mind, platforms like Indiegogo and Kickstarter have started to take steps to ensure the distribution of their highly-funded campaigns. Both platforms now offer access to third-party tools that can help campaign creators manufacture their products. The platforms have also begun to take due diligence more seriously, verifying founders’ identity ahead of launch and working with law enforcement in any scam or fraud case.

On a lighter note, Kickstarter has now even started instructing project creators not to use exaggerated terms like “the world’s best” something, and while it may seem like a small step, it may be enough to dissuade some of the most gullible investors.

Where Do We Go From Here?

As the world of Crowdfunding continues to evolve, we can expect more safeguards to be put in place both by the platforms and by regulators like the FCT. Results like the $800,000 lawsuit against IBackPack are also sure to dissuade many potential scammers on these platforms. However, it is also important to take security into your own hands!

Make sure you do your own due diligence before backing any project and that you verify any claims made by the creators. It is also important to research the creators themselves extensively, not only to verify their legitimacy but also their competences and experience as successful entrepreneurs.