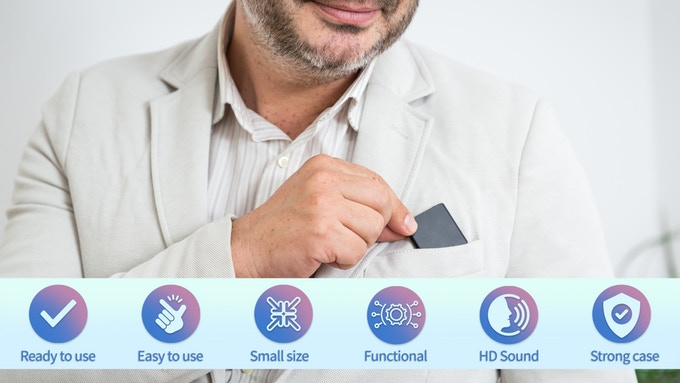 A tiny recorder that is a fraction of the size of a standard voice recorder has raised almost 1,200% of its fundraising goal on Kickstarter.

The TileRec, which the company claims is the “world’s slimmest voice-activated recorder” has raised over $116,000 of its $10,000 goal. Over 2,000 backers have pledged an average of $40 for the miniature recorder.

Measuring just 2.48 square inches and 0.2 inches in depth, the TileRec is an on-the-go recorder that easily slips into a pocket.

It weighs about the same as a penny, roughly half an ounce. The tile has surround recording up to 15 feet away, making it ideal for large lecture halls or meetings.

Its case is made from 100% recycled aluminum, making it impact resistant and safe from falls. It’s designed to last all day, as the battery lasts 24 hours on just one charge.

It uses an MP3 format of 128Kbps for decent sound quality (about the same quality you hear on the radio). There is a time-stamp as well that is voice-activated so you can easily mark points you want to listen to later.

You can record in continuous mode or voice-activated mode, which will only record when it hears sound within the designated 15-foot range, saving memory space and extended pauses of silence.

Pledges start at $40 for the device, which will retail for $75 when the campaign ends. 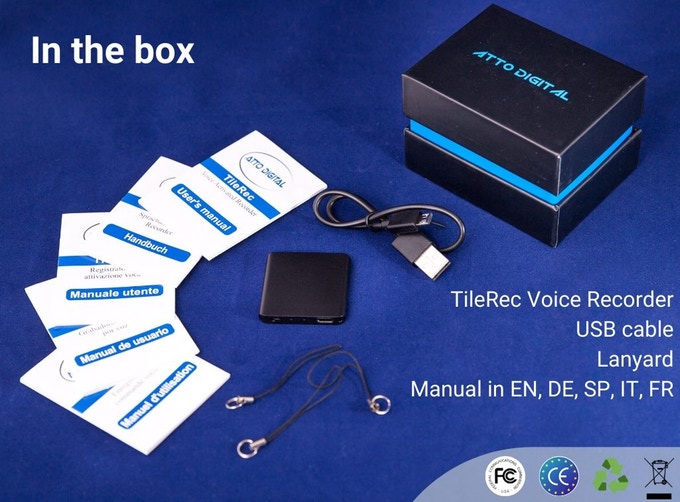 The Team Behind The TileRec

The TileRec was designed by aTTo Digital, an Atlanta-based voice recorder company. The company has successfully funded another product on Kickstarter and has sold over 100,000 voice recorders. They sell another miniature voice recorder, so it’s not the company’s first time going small.

Should You Back The TileRec?

One downside is that there is no playback option on the device itself, so you will need to connect it to a computer to listen to or transfer the files. It’s plug-and-play compatible though, so you can easily open the files on Windows, Mac, or Android.

There are other small recording options out there. Sota Surveillance sells a few models, including a voice-activated recorder, the size of a USB drive, while Hfeuar sells a key-chain recorder with similar specifications as the TileRec.

If you’re looking for high-quality sound, you will need a bigger recorder, like the Tascam.

If you’re an auditory learner and want an easy way to record lectures or ideas, then the TileRec is a good option. But if you’re looking for something with high-quality sound for video or need a playback option, then look elsewhere.