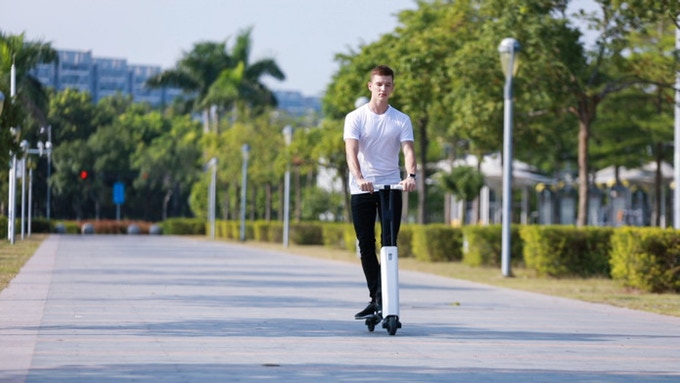 Smaller than a bike and more efficient than a car, e-scooters are becoming a popular way for city dwellers to get around. FlowDot’s Mantour X promises to be one of the lightest e-scooters on the market, weighing only 16 lbs.

Specs Of The E-Scooter

FlowDot has already produced its first batch of the Mantour X, the founders said on their Kickstarter page. The scooter is made from carbon fiber and aluminum, which makes it 35% lighter than standard e-scooter frames, the company claims. It measures only 80 cm by 18 cm when folded, making it easy to carry around when not in use. Its compact design and lightweight make it highly portable. The company claims the scooter can be folded in less than five seconds due to a hinge system.

Its best feature is a self-balancing mode that adjusts automatically so you can easily carry it with one hand. It boasts a 240W motor and can reach a speed of up to 20 km/h (12.4 mph) with a range of about 20 km (12.4 miles). It has a dual brake system, with an LED headlight and display.

Its battery is fully charged after just four hours and has two modes- sport and follow. It has both an electric brake to bring the scooter slowly to a stop and a physical brake to stop when needed. It is also IP54 waterproof, so you can still ride it in the rain. 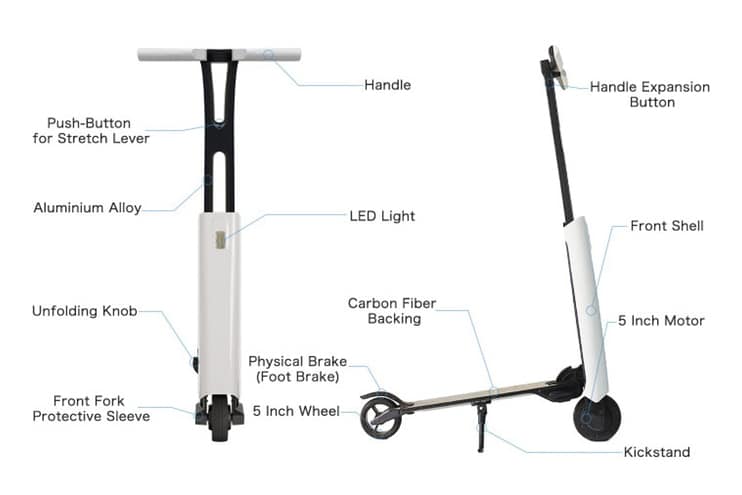 The Team Behind The Mantour X

Hong Kong-based company FlowDot was founded in 2015 and currently focuses on innovative transportation products. The startup had an unsuccessful Indiegogo campaign that was closed in December for a magnesium alloy e-bike.

Should You Back The Mantour X?

If you live in a major city, chances are you already have access to e-scooters. Motorized scooters like Lime and Skip have the advantage of being easily located on an app, and you don’t have to worry about losing your $360 machine. On the downside, renting scooters on a regular basis can get costly. A Lime scooter costs $0.15 per minute, plus a $1 fee, although total costs can vary by city.

There are many of e-scooters already out there, some even lighter than the Mantour X, such as the Kickstarter funded Zar from 2016 that weighed only 13 pounds. And for only $299, you can get the folding Swagger e-scooter with a 250W motor, although it weighs almost double than the Mantour X.

If you want an e-scooter that you can easily take with you to work and the grocery store, then Mantour X is definitely worth considering. But if you only use e-scooters occasionally or don’t live in a city, then an e-scooter might not be your best choice.