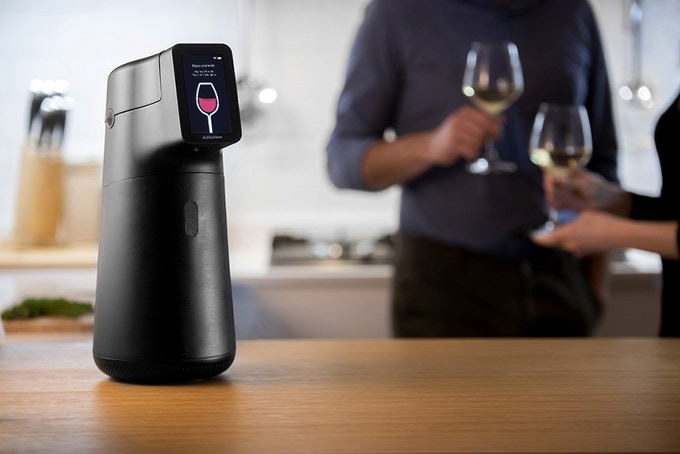 An Italian company using technology to create the perfect glass of wine has become one of the top campaigns on Kickstarter just one day after launching.

How does the Albi work?

The Albi is a wine dispenser and storage device that keeps the temperature at the perfect serving temperature of between 4 C to 20 C (39.2 F to 68 F).

The built-screen on the dispenser allows you to keep track of if your wine is going bad or running out. Its NFC technology allows the device to automatically detect the type of wine, providing you details such as where it’s from and its characteristics. You can even order wines through the app, although it is limited to only the 200 selected wineries that work with Albicchiere. The wine will be shipped directly in smart bags, creating less waste and carbon footprint than conventional glass bottles.

The device can be used with a bottle of wine bottle or its smart wine bags. The multilayered smart wine bags keep out UV rays and oxygen, protecting your wine from spoiling. The bag is also flexible, keeping out as much air as possible. The one-way tap also helps keep out oxygen when pouring wine in and out. The company claims the bags are reusable, 100% recyclable and include an NFC tag you can scan with the Albi app to know if the wine inside is still good.

The dispenser itself weighs just 4 kg (8.8 lb) and connects to wifi. It also works with smart devices like Alexa and Siri so you can pour yourself a glass of wine with just a single command. It also has a battery pack, allowing you to take your wine with you on picnics and other outings. 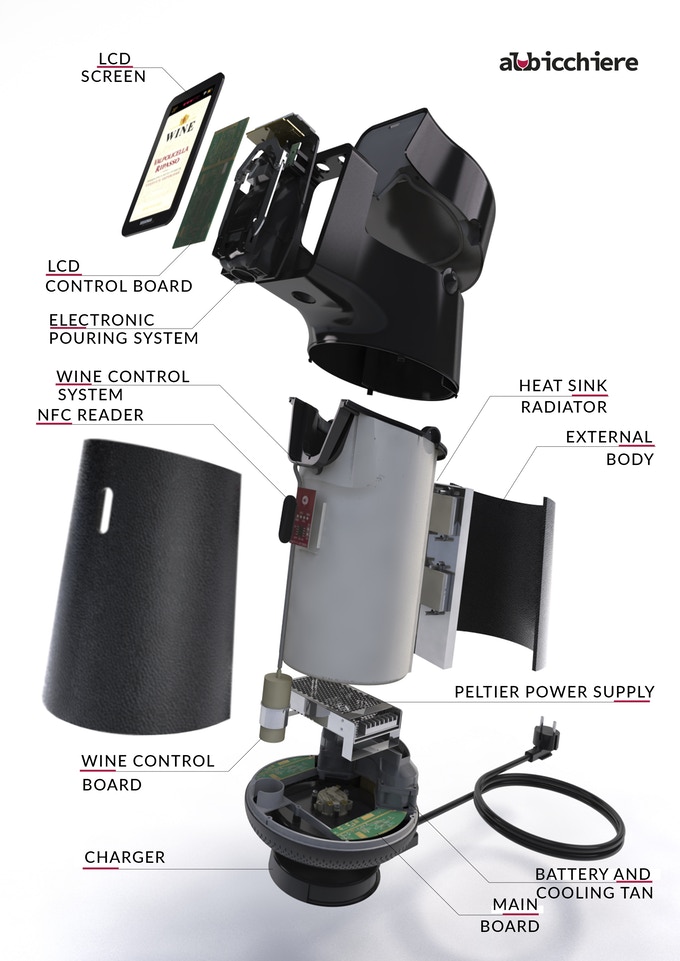 The team behind the Albi

Founders Massimo Mearini and Diego Pepini created the Albicchiere company in 2017 and have been working on the Kickstarter campaign for over three years, they say on their campaign page. The device itself was designed by award-winning Italian designer Emanuelle Pangrazi.

The product has already won numerous awards, although it has not yet been produced. The Albi received an honorary mention at the 2020 CES Innovation Awards in Las Vegas, as well as the Best of Startups award at the FoodTech 500.

There are already a number of wine preservation systems on the market.

The D‘Vine is a wine dispenser that uses RFID technology to read the wine and pour it at its ideal drinking temperature. It’s a bit pricey, with a starting retail price of €1,490 ($1,700) and is aimed at professionals. It also lacks the Alibi’s digital display and app connection.

Meanwhile the Coravin model uses a needle to remove wine from a bottle without removing the cork. It retails at $299, so slightly more than the Alibi and does not include smart bag storage. You can put it in a drawer when it’s not in use, unlike the Albi which is a standalone unit.

The Albi seems most similar to the MyWah’s Edgar, which debuted at the CES in 2019. However, French-made Edgar is not for consumers and is only sold to businesses and restaurants.

Should you back the Albi?

The company claims that its smart bags preserve wine up to six months, but as the product has not yet been manufactured, it’s impossible to test and know for sure.

While wine connoisseurs will certainly understand the importance of preserving wine and drinking it at the best temperature, most consumers will probably find $279 a bit pricey for a pouring system. Unless you collect wine and only enjoy drinking the occasional glass, it’s probably best to spend that extra $279 on actual wine.