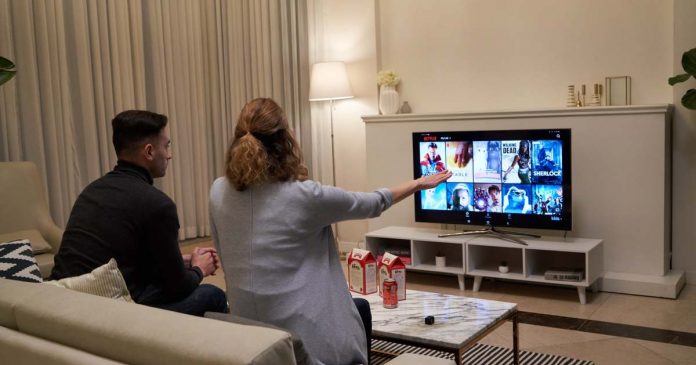 The future of interactive computers is almost here. Glamos is a virtual sensor that aims to turn any touch-less screen into an interactive device.

The 1.5 inch device sense a range of motion up to three feet, making it one of the farthest reaching interactive devices on the market.

The pocket-sized device works by using a rotating mirror module to scan its surroundings, the same technology used in self-driving cars. The LiDAR sensor measures the distance of an action, converts the data and transfers it via Bluetooth to display movement on the screen.

Glamos is compatible with multiple devices, including smartphones, smart TVs, laptops, desktops and kiosks. It has a detection speed of 40 Hz and weighs only 0.04 pounds. It also uses minimal energy, at 3.43 waits, making it energy efficient and long-lasting. It’s also smaller than many devices on the market, at just 1.5 inches by 1.3 inches.

The device can be used for multiple things including presentations, watching movies from bed without needing a remote, and playing video games with just a wave of your hand.

Backers can choose between two devices- Glamos Basic which connects via a USB cord and Glamos Pro which works with Bluetooth. The company expects to produce the product in May and ship out devices in June.

CoreDAR was founded in South Korea in 2017 by Hanjin Park, a former engineer at Samsung.

Park says on the Kickstarter campaign page that he saw the potential of LiDAR while working at Samsung’s Electronics C-Lab.

“I wanted to create a LiDAR device that’s smaller and more affordable—a device anyone could use anywhere,” he said.

His team has made hundreds of tests on the device and they are working on creating a sleeker hardware design.

While not the first of its kind, the Glamos is on the cheaper side for a touchscreen projector, at just $129 for the early bird Pro version ($109 for the basic).

The Glamos is also smaller compared to other devices, such as the TouchJet. The TouchJet Pond retails at $599 and projects onto an 80-inch space, using an infrared sensor. Unlike the Glamos, which uses hand motion, the TouchJet uses a digital pen to convert motions to the connected device.

The Glamos has a larger field of view of 180 degrees, unlike the smaller fields of view of  the Kinect and Leap motion.

Glamos is also compatible with multiple devices and is easy to use with just a plug and play function.

The device is still in development, so it’s uncertain if the device will work as expected.

It’s also just one device, so those wishing to have multiple touchscreens in their home will need to shell out more money for a second device or deal with having to change out the device every time they want to use it.

And with a lot of devices already using touchscreen technology, some people might not want to pay another $100 for the convenience of not using the remote. The device itself can’t project an image onto a wall, which could be a disadvantage for people who use projectors instead of smartTVs.