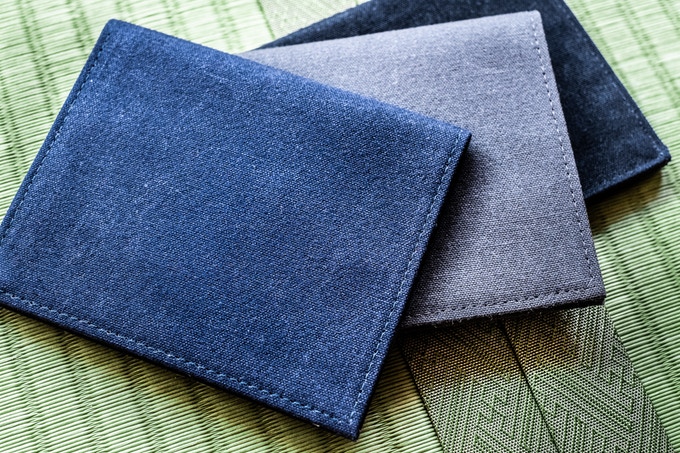 Say good-bye to chunky wallets. Tokyo-based company Solahanpu has launched a Kickstarter campaign for a paper-thin wallet made from canvas and goat skin.

The design company has already surpassed its funding goal for the Tenuis3, raising 490% of its $2,751 target. Its 148 backers have pledged an average of $82 and it’s already raised about $440,000 in a crowdfunding campaign in Japan.

What is the Tenuis3?

The wallet is Solanhanpu’s second, but boasts a thinner exterior at only a quarter of an inch. The company claims that unlike other thin wallets which don’t last very long, theirs is durable. The outside of the wallet is made of paraffin waxed canvas and the inside is lined with goat leather.

Goat skin is known for its durability and is lighter than cowhide, while canvas is often used for sailcloth.

The wallet remains flat when used due to its card sleeves placed horizontally instead of on-top of each other. Its coin pocket includes a divider to keep coins spread evenly and prevent the wallet from bulking up. And it includes two inner pockets, one for a card and the other one for a key.

It measures 3.54 inches by 4.33 inches and just 0.25 inches when it is empty. It can hold up to eight cards, although six cards is the recommended amount. Backers can choose from three colors – black, grey and blue. 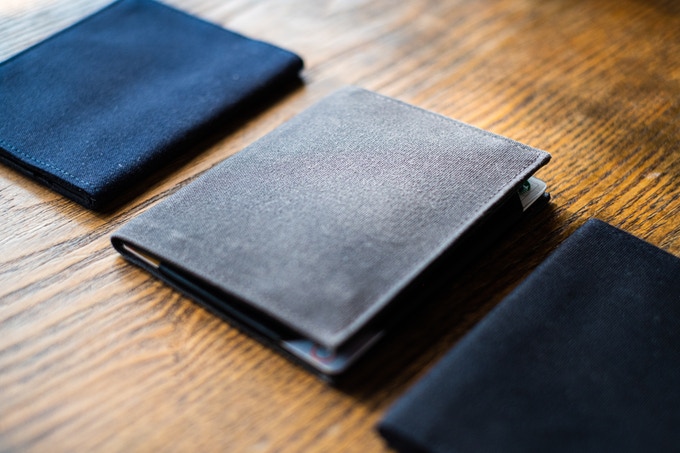 The team behind the Tenuis3

The Tenuis3 was designed by Solahanpu, a Japanese company that specializes in minimally designed wallets and bags. Its first thin wallet called the Tenuis was first released in February 2016, which was followed by the Tenuis2 in November of the same year. The wallet earned about 700% of its funding goal through crowdfunding. The company has successfully funded two other projects on Kickstarter, a canvas backpack and sling body bag.

The wallet is among the thinnest wallets out there. It’s prior designs received good reviews and support. While the final design may differ slightly, it’s likely to be well-crafted and hold up to wear and tear. Although goat leather is not a popular option for wallets, it is considered to be among the most durable leather by craftsmen.

Backers also get a range of color choices, although there is a few dollars price difference between each color, which is a bit odd.

The wallet is not ideal for vegans and animal lovers due to its use of goat leather. The sustainability of the wallet is also in question, as paraffin wax is made from petroleum and not environmentally friendly.

It’s also on the expense side, although leather wallets tend to be expensive. And it doesn’t have RFID blocking, which is essential for a wallet these days to protect from thieves.

There are plenty of other ultra-thin, minimalist options out there. You can even get a multi-tool wallet that is not only minimal, but has 14 different functions. The Ridge wallet is made from aluminium and weighs only two ounces. It can hold up to 12 cards and RFID blocking and retails for $75. For those wanting a leather option, the Finstock wallet retails for $30 and is crafted from Horween Dublin leather.