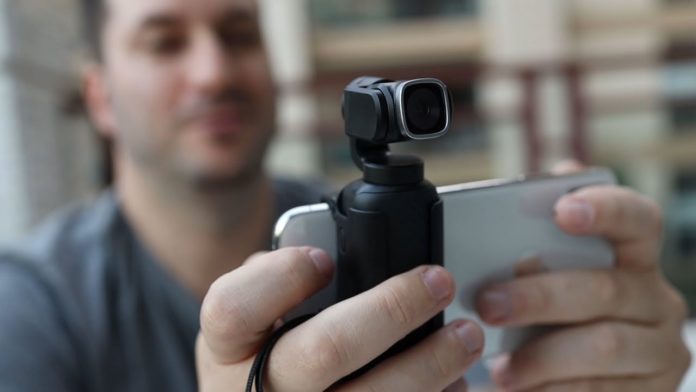 Vmate—A compact handheld 4k steady camera is making a killing on Indiegogo, having secured over 1300% of its funding goal with plenty of campaign time left on the clock.

Launched by Shenzhen-based photography tech firm, Snoppa Technology, the Vmate has already raised $673,000 of a $50,000 goal. So far, the project has managed to garner around 3180 backers, each pledging an average of $211 each.

This Snoopa’s isn’t first Indiegogo rodeo. The tech firm has been responsible for several fundraising campaigns—all of which have been successfully funded and delivered.

The Vmate is a high-performance 4K camera, set upon a micro 3-axis stabilizing system, allowing for steady cam footage in a neat and tidy package. The stabilizing system eliminates the typical shakes and wobbles associated with traditional handheld camera use.

One major ace the Vmate stores in its back pocket is its versatility. In order to attain steady cam footage with a conventional handled camera, the use of a separate gimbal is often needed. The main disadvantage of this is the necessity to carry around multiple pieces of kit. In contrast, the entire Vmate only weighs 118 grams—something which the campaign page points out is as light as a lemon.

Moreover, rather than excess kit bags and accessory holders, the Vmate can be slipped into the user’s pocket, perfect for spur of the moment shots in times of creative spontaneity.

Fortunately—even with its compact size—the Vmate’s performance is still pretty strong. The specifications boast a 1/2.3 inch image sensor, a field of view of 81˚ and an aperture of F2.0. Further, Its A53 core CPU allows video up to 4k@60 fps, 8X slow-motion video (1080@240fps) as well as high-quality 12-megapixel stills.

The gimbal’s horizontal axis has a rotation range of 400 degrees, and the actual camera lens is capable of rotating 90 degrees—allowing for landscape or portrait photography and filming.

The Vmate’s specs aren’t confined to the technicals either. Its case also boasts versatility, allowing the user to attach the device to a mobile phone for dual recording, providing a more ergonomic grip. Moreover, thanks to inbuilt Wifi connectivity, compatible smartphones can be paired with the Vmate, permitting a wireless preview of the shot, and smooth data transfer.

The gimbal cam also comes inbuilt with a 1.22″ sharp touchscreen display with a brightness of up to 850 nits.

Built-in dual microphones facilitate stereo sound recording. To this end, the Vmate possesses Bluetooth connectivity, meaning the user can pair any external Bluetooth capable mics to boost production. This also means that Bluetooth headphones can be paired with the device as well.

While the compact design isn’t conducive to multiple on-device shooting settings and modes, the Vmate makes up for it via its dedicated app. The app covers a modest range of gimbal control settings and shooting methods, including slow motion, hyper timelapse, auto-tracking, panorama, and night shooting.

The camera also comes with a range of external modifications, such as the Vmate adapter, which adds a bite mount, and a 1/4 threaded hole for compatibility with a Go-Pro mount or a selfie stick.

Another addition is the ND Filter Kits, which allows the user to adapt to different light levels.

Of course, the Vmate isn’t without its drawbacks. For starters, this is no replacement for the real thing. Professionals may prefer to invest in something a little more substantial to achieve real quality.

Secondly, the Vmate is by no means unique. The popular DJI Osmo Pocket is a direct rival.

However, in fairness, this isn’t necessarily the biggest pitfall. The Vmate not only boasts a competitive price point at a campaign discount of $199 but also cites many advantages over the DJI. For one The Vmate’s rotation of 400 degrees more than beats the DJI’s fairly restrictive 280 rotation, and the innovative addition of wifi puts the Vmate slightly over the line in terms of comparability.