The shower head backed by Apple CEO Tim Cook has launched its third campaign on Kickstarter.

Called the Nebia, it’s a shower head that uses less water than conventional showers but provides even more coverage.

What is the Nebia by Moen? 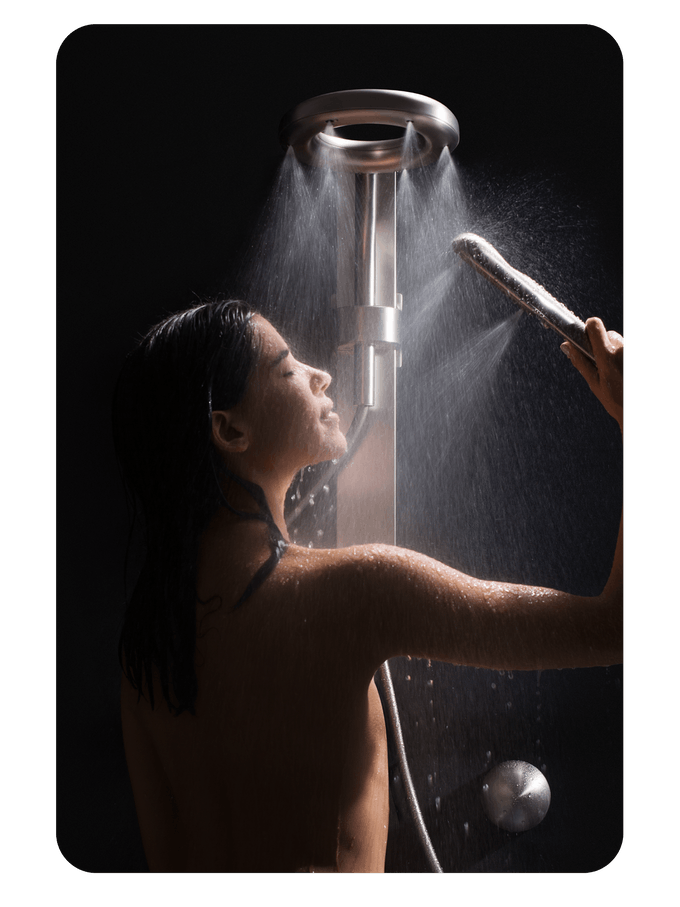 It uses less water through atomizing the water droplets through its patented H2Micro technology so the water is smaller but the coverage is about two times that of regular shower heads, the company says on its Kickstarter campaign. It uses a pressure regulator to control the nozzle array. It takes only 15 minutes to install and its new model includes a European-sized waist-high water outlet, making it more marketable outside of the U.S. The company also claims that the model creates its hottest water but uses less energy due to the droplet size.

Its third model is not only cheaper than its prior models (which started at $499) but it also is smaller than in years past.

The shower head starts at $160 on Kickstarter and the head and wand will retail for $269 after the campaign ends on February 29. It comes in matte black, spotless nickel or white chrome.

Nebia was founded seven years ago by Philip Winter and Gabe Parisi-Amon to find a way to decrease water usage in homes. Its first shower head sold 20,000 units at $500 each.

Winter served as CEO but recently stepped down into CMO and president, with Parisi-Amon taking over as CEO.

The San Francisco-start up decided to work with Ohio-based faucets designer Moen two years ago to design its latest model.

“On a planet growing towards 10 billion people, it’s imperative that we conserve water and build innovative solutions,” Winter said in a press release. “Our partnership with Moen is about doing something on a massive scale to contribute to this solution. Together, we believe that great products can, and must, be better for the planet too.”

Should you back the Nebia?

Reviews of the Nebia have been positive. It seems to use less water than conventional showers, which make it a great choice for places where water is a scarce commodity.

While it’s cheaper than its prior models, it’s still on the pricy end for a shower. There are other water-saving shower heads out there for much cheaper.

The High Sierra shower head is only $40 on Amazon for a 1.5 GPM flow rate that saves 40% more water according to its WaterSense certification. And for those who want multiple settings, the ShowerMax retails for $45 and offers a water-saving feature, along with five other water settings.

Bottom line, while the Nebia uses less water and seems to provide a luxurious showering experience, it will need to become a lot cheaper for it to be used in most homes.