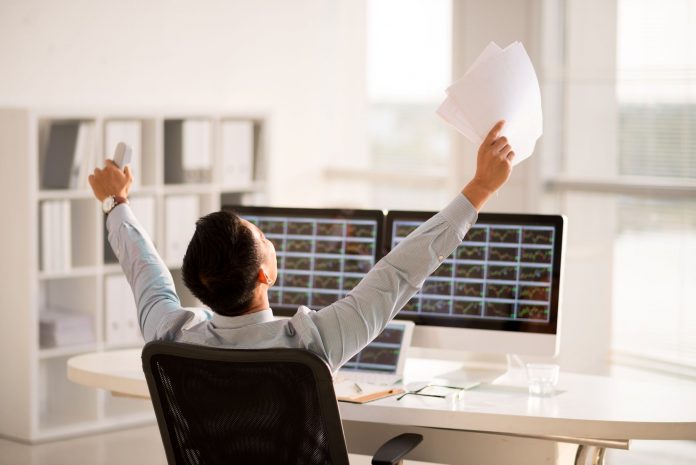 The crowdfunding industry has taken the world by storm, setting up the primary source of financing for individuals, entrepreneurs, and project managers to take their projects to the next level. In addition, crowdfunding is a feasible, accessible, and more reliable funding option than the traditional models such as banks. What’s more, its adaptability and flexibility are yet another assurance why the crowdfunding market continues to exceed expectations and is here to stay.

Due to crowdfunding’s prodigious success and popularity, the number of campaigns launched in top crowdfunding platforms such as Kickstarter and Indiegogo has skyrocketed. In fact, at any given point, the two crowdfunding giants boast 3000 + and 1200 live campaigns, respectively.

Crowdfunding campaigns exhibited their resilience the past year and are still excelling and promoting innovation. Regrettably, the harsh truth is that the impressive numbers crowdfunding platforms boast only account for less than half of the entire campaigns. In addition, lack of pre-launch strategies, selecting the wrong venue, and other factors have made many innovative and promising projects fail to achieve their goals.

Creating crowdfunding videos that sell your story, incorporating the relevant social media networks, an alluring reward strategy and a well-curated pitch story are the cornerstones of a successful crowdfunding campaign. Not to mention unique, creative, and innovative products that are appealing and can offer whole new experiences to the masses. All the following campaigns had these in common, hence their tremendous success.

The sensational Lomi project, which turns waste to compost, reached incredible highs on the Indiegogo platform, becoming the most successful campaign of 2021. Lomi amassed more than 19000 backers, raising an incredible $7,235,799.00.

Lomi handles several biodegradable items such as fruits, vegetables, and compostable cutlery. It then turns these items into usable soils with just a button push, saving users the hassle of watching food scraps attract flies on kitchen counters. What’s more, Lomi wipes out odor and is easily washable.

Lomi’s innovative technology turns bioplastics and table scraps into fresh organic compost in less than 24 hours. Even better, the Lomi composter is adaptable with various operational modes having different results and can be optimized for relevant conditions. For instance, the Eco Express mode takes less than five hours to break down small batches into compost starter material and provides users with perfectly balanced compost. On the other hand, the more extensive Grow Cycle option runs for 20 hours, breaking down biodegradable items into fully developed compost.

The gaming industry has had immense success, with Kickstarter becoming the most popular category on the platform. So it’s no doubt why ChessUp by Bryght Labs leveraged these robust statistics to become the most funded chess campaign on Kickstarter. Jeff Wigh is the mastermind behind this innovative tech product.

From their initial target of $30,000.00, ChessUp has raised $1,703,168.00 from 5657 backers on Kickstarter. The AI-powered board helps users level up their chess game. It’s an intelligent connected chessboard that operates similarly to a personal instructor. It gets better, considering ChessUp can still work as an analyst and a fierce opponent.

Another exciting feature of ChessUp is that it allows users to play against opponents around the globe by integrating with chess.com and Lichess.

Yet another gaming project from Kickstarter, Frosthaven, has astoundingly raised $12,969,608.00 from more than 83,000 backers. The sensational board game is a sequel to 2017 smash-hit Gloomhaven with much-enhanced features, characters, and a better experience.

Frosthaven designer Isaac Childres launched the game on Kickstarter, allowing backers to pledge more than $100.00 plus shipping costs to obtain a limited copy of the board game. In addition, backers who pledged substantial funds were eligible for more favorable incentives and gaming experiences.

KEY Coffee Grinder by Weber Workshops was an Indiegogo campaign that raised $3,500,393.00 from their intended $20,000.00 target. With more than 2,673 backers, the conical burr grinder was a top Indiegogo success in 2021. Moreover, it’s the most successfully crowdfunded coffee project ever.

KEY Coffee Grinder’s goal is to offer an exceptional coffee extraction model for a smoother flavor. According to their perfect well-curated story, the KEY grinder delivers the best morning cup of coffee thanks to its conical burr single-dose grinding that can alternate between espresso, pour-over, French press, or AeroPress.

Weber further explains that his product doesn’t hold on to any coffee grounds, ensuring every cup has a fresh, unique flavor. Also, clients don’t have to worry about constantly cleaning the appliance and can get on more essential things like relishing the brewed coffee before it gets cold.

The fascinating GoFundMe fundraiser Flying Farage was organized by Simon Haris to acquire a new RNLI Hovercraft. Harris initially set an ambitious target of £100,000.00 but later updated it to £150,000.00 due to the incredible response in a short duration. At the end of the campaign, the Flying Farage fundraiser had raised £139,198.00 from more than 8,500 people. Also, it was among the most shared GoFundMe campaigns in 2021, with more than 11,000 followers.

Subsequently, due to the massive success of the Flying Farage, Harris set up another fundraiser, ‘Help Are Own First,’ in support of Afghan refugees. Both campaigns attracted mainstream publicity, hence their impeccable success.

This innovative tech enhances your home movie experience making it feel like you have a theater in your living room and even better. Also, it has built-in voice control (Alexa Voice Control) to make users’ cinematic and game experiences more seamless. VAVA Chroma Triple Laser Project’s impeccable technology and built-in features were the primary reason for the immense crowdfunding success.