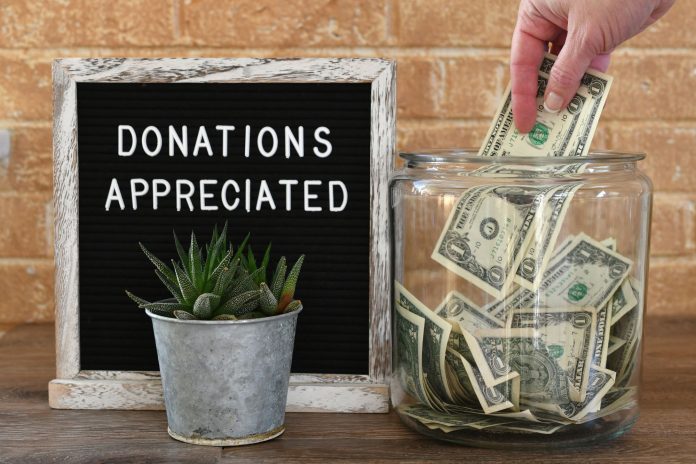 Thanks to the immense power of crowdfunding, inventors, entrepreneurs, and creatives can source funding to get their venture off the ground. Even better, it’s not only business-minded or project-minded individuals who can benefit from or solicit funds across the web.

Essentially, there are four types of crowdfunding. We have shed many insights on reward-based crowdfunding and equity crowdfunding. Despite the few dissimilarities the different forms of crowdfunding exhibit, they all involve soliciting funds from many people through an online platform. Thanks to the internet, crowdfunding has risen to be a lucrative activity, both commercial and nonprofit.

In most countries, donation-based crowdfunding has been set up to be the top-ranking way of fundraising. Charity crowdfunding has zero overheads and offers you the freedom to share your cause with just a few clicks.

While the number of dedicated donation-based crowdfunding platforms is soaring, not all are free or cost-effective for charitable causes. Also, some have unreliable customer support and might be complex in setting up and navigation. In short, there are a lot of considerations you ought to weigh before settling for the perfect website. But, don’t worry, we have researched and picked the ideal options.

With over $9 billion being raised in the last decade, GoFundMe is among the most potent and prevalent fundraising websites in the crowdfunding arena. Individuals can raise money for various purposes like celebrations, medical bills, accidents, illnesses, and business causes.

The most attractive feature of GoFundMe is that it charges no platform fee for organizers. Setting a campaign on the platform is free, but campaigners are liable to a processing fee of 2.9% plus $0.30 per transaction. Donations received go into the organizer’s bank account, and if it’s a campaign to support a nonprofit, the donations go directly to the organization. Therefore, you don’t have to worry about withdrawing or managing funds yourself.

With a few guided prompts, it’s streamlined to launch a fundraiser on the website, and individuals can complete donations with a few clicks. Even better, it allows users to share their projects through integrated social networks such as Facebook and Twitter. In addition, GoFundMe customer support is top-notch and readily available for any queries.

GoFundMe is ideal for small organizations or projects with a ‘slim’ fundraising infrastructure, hoping to raise funds promptly and effectively.

Yet another versatile website for individuals to raise funds for nonprofits, charities, politics, personal reasons, and other causes. Having raised more than $330 million, Fundly allows campaigners to raise funds through email and social media networks. Even better, Fundly has an application for social media platforms such as Facebook and LinkedIn.

Primarily, the charge fee depends on the scale of a campaign. For instance, the platform charges 4.9% of the funds collected plus 2.9% credit card fees and $0.30 per transaction for payment processing. Some campaigns after reaching certain donation levels might receive discounts on the outlined fee percentage.

Fundly can be the perfect option for individuals or organizations looking for a full-featured service at affordable pricing. Also, the website is elaborate with a lot of guides for navigating effortlessly.

Purportedly, FundRazr is Canada’s most prevalent and free crowdfunding platform operating in more than 35 countries, including the USA, Australia, and the UK. FundRazr hosts a broad range of crowdfunding campaigns for nonprofit organizations, personal and business causes. Users can share their campaigns via email, social media networks, messaging apps, etc. In addition, users can deposit and withdraw funds through PayPal.

Nonetheless, even for the free plan and similar to the most alluring feature of GoFundMe, a 2.9% plus $0.30 per transaction is deducted as a payment processing fee.

Founded in 2001, JustGiving is among the first online fundraising platforms. With its headquarters in London, JustGiving has helped individuals in more than 164 countries raise more than $4.5 billion. Allegedly, the site has more than 22 million visitors.

It’s free to sign up on JustGiving. However, you are liable to a 5% fee on your donation to sustain the organization’s expenses. Also, JustGiving has remarkable customer service support who respond to queries, concerns, or complaints promptly.

JustGiving is an influential and positively acclaimed crowdfunding site for charity. A notable fundraiser and the most ever raised amount on the platform happened in April 2020. Captain Tom Moore, a former British Army officer, raised more than $45 million in his 100 birthday to aid the fight against the Covid-19 pandemic in the United Kingdom.

Classy is a fundraising software company founded in 2006 in San Diego, California, purposely for nonprofit organizations. Primarily, Classy focuses on peer-to-peer fundraising, crowdfunding, events, and supporter management. In addition, it’s user-friendly with various options such as Wepay, Authorize.net, and better, major credit cards for which individuals can channel their donations.

Over 30,000 nonprofit organizations have used Classy to raise lump sums and to manage all of their online fundraising under one roof.

Again, crowdfunding is potent, and there is no doubt this trend will keep rising. It’s almost impractical to highlight all the platforms for donation-based crowdfunding. Instead, we have pinpointed the top crowdfunding sites for charity. Regardless of their cause, individuals and nonprofits can capitalize on such goodwill to launch campaigns and pool small donations from the masses that visit these websites.