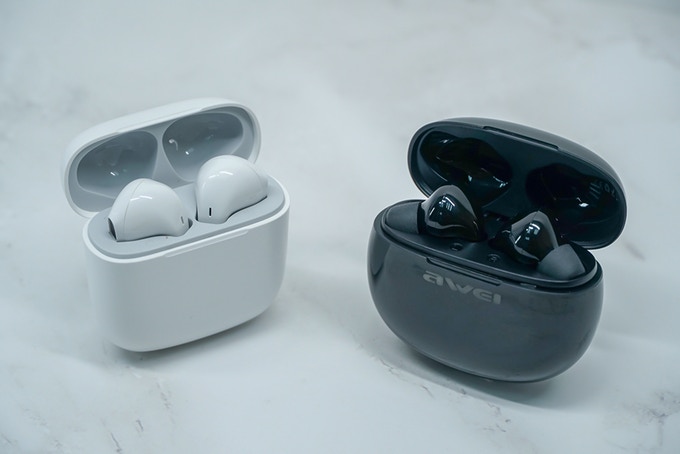 Tech companies are finding more ways to compete with Apple these days. Headphone company Awei launched a Kickstarter campaign for its Bluetooth LED headphones that look a lot like Apple’s AirPods but for a fraction of the price.

The headphones include Bluetooth 5.0, so you can connect with your smart devices. It boasts an LED power display to check how much battery is left and includes touch technology to easily adjust volume, switch music, or answer calls by tapping or pressing various commands. 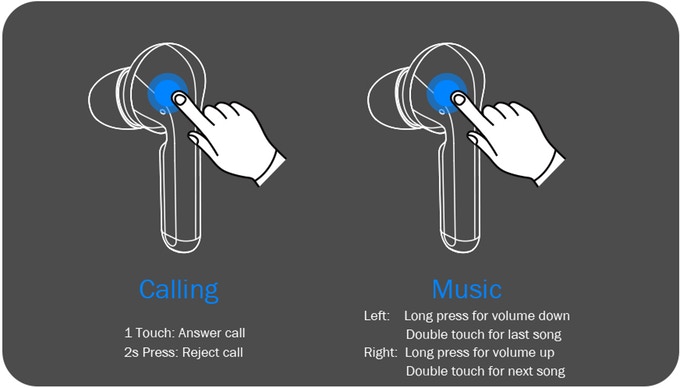 The earbuds are also great for runners and sports enthusiasts with IPX5 waterproof technology. And its noise reduction binaural mode is excellent for workers and others who need their own space in an otherwise noisy environment. The T15 also has a monaural mode for those who need to be aware of their surroundings.

It comes with a case that also acts as a charging station, with a built-in 390mAh battery that can charge the headset three to four times before needing to be recharged. The headset has a playtime of four hours, with a standby time of 300 hours, the company claims.

The earphones have an angle of 30 degrees to fit against the auricle, which the company says provides wearing comfort and better noise reduction. The earbuds weigh only four grams each, while the carrying case only weighs 38 grams.

Backers can choose between different models, including the headphones without the LED display and a choice between white or black headphones.

The team behind Awei

Awei is a Shenzhen-based headphone company that has been making Bluetooth earphones for over 10 years. Its other wireless headphones have decent reviews on Amazon, and it has a rather impressive collection of different headphones.

The company was first founded in Seoul in 1993 and acquired by HK Yale International in 1999 before rebranding as Shenzhen Yale Electronics in 2002.

Without testing, it’s unclear if the technology is up to par with that of Apple’s AirPods or Samsung’s Galaxy Buds. hipping is expected for April 2020, which means the product is either already made or in production.

While Awei’s low price makes it appealing, it’s unclear how long the product would last without testing them first.

For consumers who want earbuds without the high price, there are other options out there. The Card20 is another campaign on Kickstarter for thin wireless earbuds for $69. Meanwhile, the Creative Outlier Air is a high-quality option for half the price of Apple or Samsung’s wireless earphones. It boasts playtime of up to 30 hours, is sweat-proof making it a great choice for runners, and supports Siri and Google Assistant.