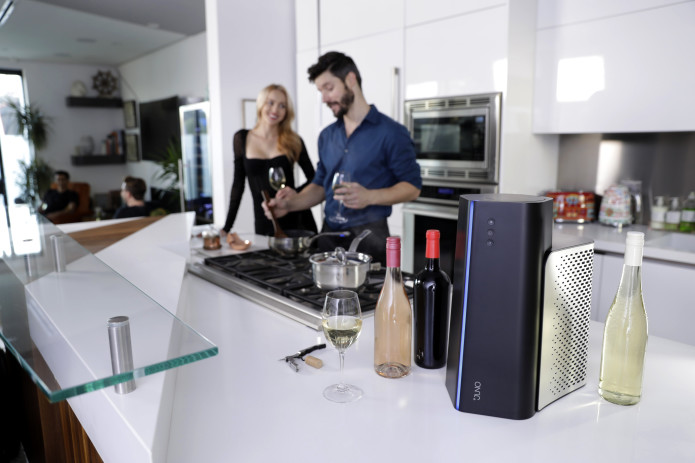 Need an ice-cold beer or want a cup of cold coffee on a hot summer day? The Matrix claims its Juno product is a fast-acting cooler that can cool down beverages in under a minute.

What is the Juno? 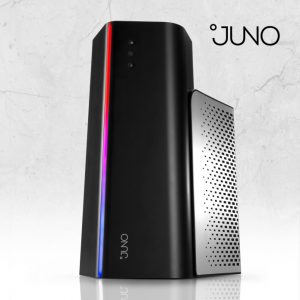 The Juno is a cooler that uses thermoelectric cooling combined with Matrix’s mixing mechanism. The drink containers are placed in a type of liquid bath, which whirrs around the drink and gets rid of heat. The cups will come out somewhat wet.

Matrix claims a can of beer can be chilled from 72 degrees Fahrenheit to 39 degrees in two minutes, while a bottle of wine takes 5 minutes to cool.

Its universal design means pretty much any type of bottle or can will fit. The LED status bar lets you know when your beverage is ready, and it comes prefigured for the perfect temperature for red and white wine. You can also customize the controls to your preferred chill level. It’s also a bit more eco-friendly than your average cooler, as it doesn’t rely on chemicals or refrigerants. And because it cools so quickly, sodas and other beverages don’t need to be continuously stored.

Its small size makes it easy to fit onto a counter, and it weighs just 15 pounds, although the design is just a prototype at the moment, the company says. You can get a device starting at $249, with delivery in August. The company plans to make the devices publically available in October, but the devices will retail for about 40% more than the campaign price.

The Team Behind the Juno

Menlo Park, California-based Matrix, was founded by Akram Boukai and Douglas Tham, who both have a Ph.D. in chemistry. The company is best known for its thermoelectric PowerWatch, which raised $1.6 million on Indiegogo in 2017.

Should you Back the Juno?

The Juno is a bit pricey for the perk of a cold beer at home, especially when you could easily just put it in the fridge for an hour and get the same results. If you’re looking to cool wine, there are other chillers designed to cool down and even store wine, like the Albicchiere.

The Cooper Cooler claims to also chill cans of beverages in under a minute using ice cubes and rotation, and it retails for only $90. It’s available on Amazon, Bed Bath & Beyond and Crate and Barrel, meaning you don’t have to wait until August for it to be delivered.

On the other hand, the Juno doesn’t use harmful chemicals, so its technology could be useful for commercial companies and restaurants that need to free up space and save on energy.