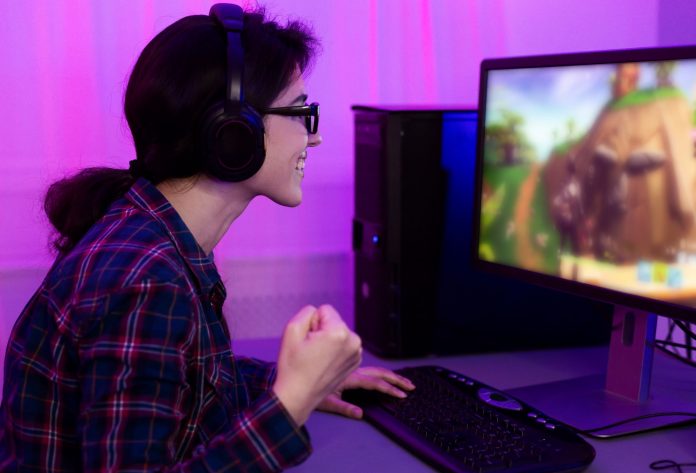 The crowdfunding market continues to transcend expectations. It’s not complex to gather why most individuals opt to solicit lump sums to fund their project or venture from people across the internet in lieu of traditional finance sources. It’s almost impractical to pinpoint the immense benefits crowdfunding accords inventors, creatives, and entrepreneurs in the current digital era.

The most notable success that brought significant attention to the crowdfunding mechanism for video games was a point-and-click adventure game, Double Fine Adventure – later renamed Broken Age in 2012. The blockbuster garnered more than $3 million, surpassing the initial $400,000 to become the highest funded project in Kickstarter at that time. The trend never stopped considering that currently, there is an ongoing video game campaign by Star Citizen that has raised more than $ 400 million from the initial $2 million targets.

As you can imagine, the gaming category in crowdfunding is highly lucrative. Nevertheless, crowdfunding for games isn’t a walk in the park. More than half of video game crowdfunding projects fail to raise their target fund successfully. Unfortunately, this can be attributed to individuals launching their campaigns in not ideal platforms.

This masterpiece pinpoints the top crowdfunding platforms for gamers to boost the community’s numbers.

Kickstarter has made it possible for several gaming projects to come to life. Subsequently, motivated by this viable trend, other crowdfunding platforms have emerged with a specific focus on video games. In addition, some platforms are designed exclusively for the gaming industry. Consequently, they better comprehend the game development process, which avails more options specifically geared towards game developers.

Good Shepherd Entertainment, popularly known by its former title Gambitious Digital Entertainment is an Amsterdam-based video game publisher dedicated to the gaming community. The company that launched its equity crowdfunding platform in 2012 allows developers from different countries to raise up to 2.5 million Euros and offers investors benefits from future sales a game will generate.

The platform allows large and small investors to back various game projects. Still, Good Shepherd Entertainment doesn’t let direct investments. Instead, investors must sign a letter of intent with the platform’s administration to support a campaign.

Upon gleaning appropriate funding, the platform finalizes the investments of the website, and the campaigners and the platform’s administrators decide the revenue percentage each investor will receive.

LookAtMyGame is a France-based company focused on producing and publishing video games from different developers by allowing individuals to select the projects they would like to fund and support. With $35, investors can have a share of the game’s future profits. In addition, for an additional sum, you can have your name featured in the game’s credit. Alternatively, you can get access to exclusive media.

LookAtMyGame is an ideal platform for gamers for developers to acquire funding. Due to the platform’s strong media relationship worldwide, their game to attain ample notice and reviews in various countries. The platform charges 30% of the profits generated by a successful project.

Having been launched in 2015, Fig is a video game-centric crowdfunding platform. The site, which is different from the typical crowdfunding processes from Kickstarter or Indiegogo, operates on a mixed model that includes individual backing and accords uncredited investors the opportunity to invest. Furthermore, Fig allows individuals to invest a minimum of $1000, and in return, they acquire a share of future revenues for successful campaigns. In sum, it constitutes reward-based crowdfunding and investing, consequently creating a balanced and tenable approach to game development.

Still, due to this approach, prospective investors have to scrutinize a project’s viability primarily depending on the number of investors a campaign has accrued. Also, Fig’s system allows the platform to support a maximum of two campaigns at a time in contrast to the variety offered by most crowdfunding platforms.

Besides the funds raised from crowdfunding, Fig avails extra funds through the platform’s Fig Finishing Fund to successful projects to help with any late-stage development mishaps, final publishing, and marketing efforts.

As already outlined, Kickstarter is the most prevalent and potent crowdfunding platform. However, unlike the pinpointed sites, Kickstarter isn’t a game-dedicated platform. Instead, it allows several other categories such as food, film, art, comics artists, and creatives. Still, games are the most popular category on the platform. More than 4000 games have found their footing in Kickstarter, raising more than $1.6 billion, with a 40% success rate.

Kickstarter is the ideal platform for developers to sell their ideas to the vast visitors who visit the site daily. They can solicit lump sums to take their project to the next level. Still, Kickstarter employs an all-or-nothing funding model where campaigners receive nothing of the raised amount if they fail to hit their funding target.

Indiegogo is also another powerhouse in the crowdfunding arena, only behind Kickstarter. It’s also not a gaming dedicated platform, since it has several categories. Still, the gaming category has off-late attracted immeasurable attraction in the platform. There are several creative, cool, funny, and promising projects in the gaming category.

Also, Indiegogo uses a flexible funding method that allows campaigners to retain the funds even if they don’t hit their target goal. Even better, Indiegogo has an Indeman feature that makes it possible for inventors to continue acquiring funds and building their community after the end of their campaign.

Crowdfunding is a viable and effective channel for game developers to raise funds and acquire investors for their projects. The emergence of game-dedicated crowdfunding platforms such as Fig offers significant professional support to game developers and various options geared to create the best experiences globally for gamers. Also, we can’t overlook the power of crowdfunding industry leaders Kickstarter and Indiegogo that continue to be the root of numerous successful games.