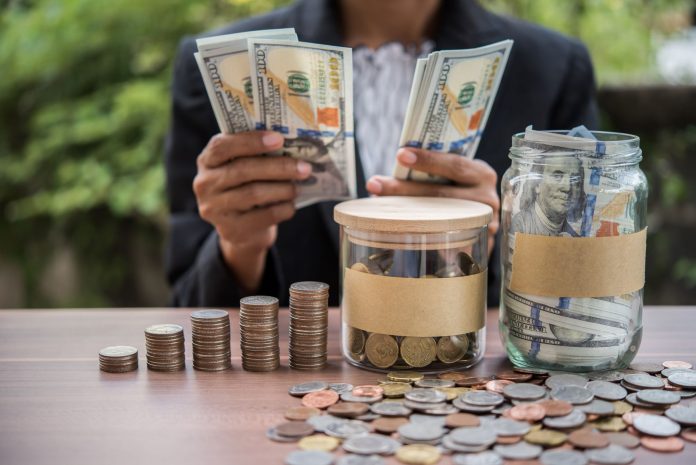 It’s not complex to gather why most individuals turn to crowdfund in lieu of traditional funding methods. The crowdfunding market’s success continues to transcend expectations. Moreover, the ability of crowdfunding to embrace new technological perks is assurance this phenomenon wave is here to stay.

Thanks to crowdfunding, individuals, regardless of their cause, can solicit lump sums from a vast pool of individuals across the web. It gets better for creatives and artists, considering crowdfunding began as a way for fans to engage with artists they are fond of.

What’s more, the first-ever successful incident of modern-day crowdfunding happened in 1997 where a British rock band solicited funds through online donations from their fans for their reunion tour. Subsequently, motivated by this innovative and viable financing method, ArtistShare emerged as the first dedicated crowdfunding website in the early 2000s. That hasn’t changed. Most crowdfunding platforms offer immeasurable support to artists and creatives.

While the number of crowdfunding platforms for artists and creatives is soaring, not all might be right for you. For example, some sites don’t allow contributors to make tax-deductible donations, some charge exorbitant platform rates, and some might have several days of processing, consequently delaying the disbursement of your funds. In sum, there are several considerations you ought to weigh before settling for the ideal platform that aligns with your objectives. To help you narrow down your choices, here are the top five crowdfunding sites perfect for artists and creatives.

As already outlined, ArtistShare has been a pioneer in crowdfunding since its founding in 2001. Also operating as a record label and business model for artists, ArtistShare is an ideal platform for artists to fund their projects while connecting with fans to share the creative process.

ArtistShare projects have garnered significant accolades, including 29 Grammy nominations and 10 Grammy awards. It operates as a reward-based crowdfunding platform where individuals appreciate their favorite artists by contributing to their projects. In return, they get access to the creative process or, in some instances, sublime and unique experiences such as attending a recording period.

Artists and creatives launching a campaign in ArtistShare mean that they won’t compete with other categories such as tech and design. Instead, the platform is specifically designed for artists to raise money for their projects while building a solid and loyal fan base.

Undoubtedly, Kickstarter is the most prevalent and potent crowdfunding platform. Since its launch in 2009, Kickstarter has received nearly $6 billion in pledges from 20 million backers. As a result, Kickstarter is an ideal platform to fund creative projects such as music, films, arts, publishing, games, food, design, and technology.

Although Kickstarter’s headquarters is based in Brooklyn, New York, US, it’s open to backers and creatives anywhere in the world. The most attractive feature of Kickstarter is that due to its immense popularity, it has a solid editorial framework that enhances the discoverability for artists and creatives. More than 65000 artists have launched a crowdfunding campaign on Kickstarter and have garnered over $262 million. In addition, creative and music categories boast incredible highs on Kickstarter, only behind games and designs.

Kickstarter is an ideal platform for artists and creatives to solicit funds from backers. In return, they can offer incentives such as merch, personalized notes, and album credits. However, Kickstarter deploys an all-or-nothing funding model. Campaigners receive the raised funds only after hitting their funding goal. In addition, akin to most crowdfunding sites, campaigners are liable to a 5% platform fee and 3% payment processor fees.

Yet another prevalent and potent platform in the crowdfunding arena, Indiegogo, is an American crowdfunding website that supports various projects, including music. With more than 15 million website visitors every month, Indiegogo has allowed creators and companies to raise more than $1.5 billion.

Unlike Kickstarter, Indiegogo uses a flexible funding option whereby you retain whatever funds you have raised even if you don’t hit your target. Also, it provides an InDemand feature that allows creators to continue raising funds and building their backer community even after the end of their campaign. Indiegogo also runs on a reward-based system and offers educational resources for running campaigns.

Still, Indiegogo is a powerhouse for global, tech, and entrepreneurial categories. As such, artists and creatives have to beat the stiff competition for their campaigns to garner high visibility.

Having been launched in 2012, Seed&Spark is a film-centric crowdfunding platform. It’s ideal for creatives to fund documentaries, short films, movies, and shows. Even better, creators can build audiences to watch movies and shows through on-demand streaming.

Seed&Spark is specifically designed for film and TV. Creators can create a campaign on the platform, and backers can contribute money or loan specific items to the project. In return, creators provide perks for their campaigns. Also, upon hitting 80% of their funding goal, campaigners can keep all the raised money. Still, the platform deducts a 5% fee from successfully funded campaigns.

Seed&Spark boasts a 75% success rate for its projects, with an average raise of $14,700 per project. Also, the platform provides educational resources and other resources such as distribution to fund filmmakers.

Patreon is an American company that was launched in 2018. It’s different from most crowdfunding platforms since it doesn’t allow creatives to raise funds for a specific project. Instead, artists and creatives fund their careers by providing monthly subscriptions to their fans. As a result, creators and artists can earn a monthly income, and in return, they offer perks to their subscribers.

Patreon is ideal for creatives and provides resources specific to musicians, visual artists, video creators, and many more. The platform charges 5-12% commission to creators’ monthly income based on their service tier (lite, pro, and premium). Over 200,000 creators use Patreon, and the site garners more than 3 million monthly active users.