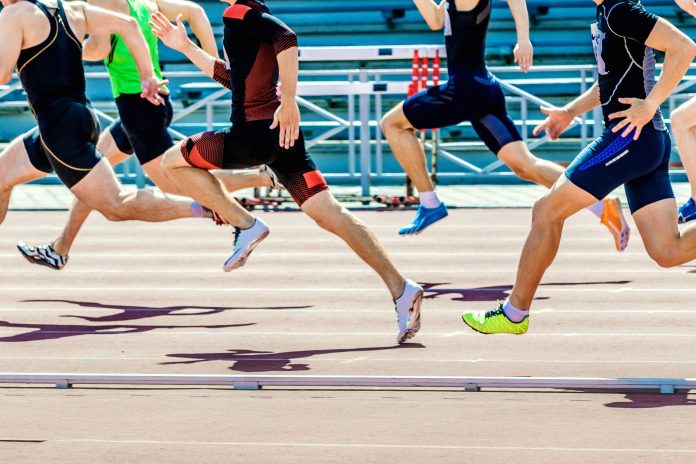 The internet and the ability of crowdfunding to embrace new technological perks make this phenomenal wave a more viable and streamlined financing method for individuals to solicit lump sums and take their projects to the next level. As a result, the crowdfunding market transcends expectations in various categories and industries.

The gaming industry is a crowdfunding powerhouse that has garnered immense attention and has helped many game developers bring their projects to life. Artists and creatives are also riding on this lucrative bandwagon, and it’s not complex to gather why many individuals are opting for crowdfunding in lieu of traditional financing methods.

Sports and athletes also have a piece of the pie in crowdfunding success. Thanks to the extreme adaptability and flexibility of the crowdfunding market, sports teams and individual athletes can raise necessary funds to train, travel, and compete in global and local stages.

The Sochi 2014 Olympics brought significant attention to the crowdfunding mechanism for sports and athletes, whereby several teams and athletes turned to crowdfunding to help realize their dreams. That hasn’t changed. Several crowdfunding platforms have emerged to offer immeasurable support to not only famous and highly skilled athletes but also relatively unpopular athletes or second and third-tier teams.

Here are the top crowdfunding platforms for sports and athletes to help realize their dreams.

With a plethora of crowdfunding sites up and running, it can be pretty overwhelming to pick the ideal platform for athletes to further their careers. For instance, some websites are suitable for athletes and teams with an existing fan base and solid support. Others only allow individuals to solicit funds for training and traveling.

All in all, and akin to any crowdfunding project, there are many factors you have to weigh before settling for the ideal platform. First, and importantly, scrutinize each platform’s description to select the perfect fit that aligns with your objectives.

To help you narrow down your search, here are the 5 top crowdfunding platforms for sports and athletes:

Sports Engine, which acquired RallyMe is considered the first athlete-centric crowdfunding platform. The organization launched by Bill Kerig in 2012 and subsequently sold to NBC’s SportsEngine in 2016 is the official crowdfunding platform for multiple athletic organizations. The US Ski Team, US Cycling, and US Bobsled team are prevalent organizations that create crowdfunding campaigns or rallies on the platform. In return, they achieve the intended financial goals to propel their cause to scalable heights.

Moreover, SportsEngine makes it feasible for thousands of sports teams to find sponsors. The platform offers several features to help sports individuals and teams raise money. For instance, teams can raise money by selling their apparel directly to app users. The SportsEngine application has more than two million users and is ranked as the number one youth sports mobile app.

Sportfunder is an international crowdfunding website for fundraising all sport-related activities. Having been launched in 2012 by New Zealander Craig Williamson, Sportfunder is available to thousands of athletes in more than 52 countries. The platform allows athletes and teams to raise money, share their story and grow their fan base.

The platform has helped athletes all over the globe raise more than $2,200,000 by providing appropriate tools to harness the full potential of crowdfunding and the internet. Sportfunder.com is user-friendly with futuristic technology that simplifies and automates fundraising. What’s more, they offer practical and relevant tips from crowdfunding aficionados to help individuals reach the crowdfunding goal.

Despite being a global platform, Sportfunder provides local payment methods.

FundRazr is a free crowdfunding platform that operates internationally in more than 40 countries. The platform allows users to create various crowdfunding campaigns, including sports fundraising, which is impeccably effective and easy for athletes and teams.

A pioneer in fundraising launched in 2009, FundRazr has supported more than 3500 sport-related fundraisings, consequently donating more than $7 million to support teams.

FundRazr helps individuals and teams organize their sports fundraiser by providing a fast and easy setup, a user-friendly page, various promotion tools, including built-in social media and email tools. Even better, the platform secures and avails the raised funds right away. Also, despite being global, FundRazr accepts payments in multiple currencies through Paypal, Stripe, bank payments, and credit/debit cards.

MAKEACHAMP is a Canadian sports crowdfunding platform started by judokas Michael Shpigelman and David Ancor in 2012 to finance their athletic goals. Subsequently, the platform has risen to be a leader in crowdfunding for competitive sport.

More than 18,000 athletes and teams from 52 countries have leveraged the immense power of MAKEACHAMP to raise funds while communicating directly to their supporters throughout their campaign. Moreover, six athletes made it into the Sochi 2014 Olympics and became champions thanks to their crowdfunding success on the MAKEACHAMP platform.

The most lucrative feature of MAKEACHAMP is its solid social media and messaging component to its service that allows campaigners to communicate with their backers through their sports fundraiser directly. Not to mention how they equip athletes with innovative micro-sponsoring and self-marketing tools.

A volunteer, non-profit crowdfunding platform, Pursuit, was launched in 2012 by Julia Rivard, a former Olympic kayaker, and Leah Skerry, a former gymnast. Pursuit has its headquarters in Canada and has raised millions of dollars for sporting individuals and teams across the globe. Akin to MAKEACHAMP, Pursuit boasts of sending eight athletes in various sporting categories to the 2014 Sochi Olympics.

The sport funding industry in the crowdfunding arena has created myriad opportunities for a constant revenue-generating process. Consequently, this has made it more viable for emerging and established sporting individuals to realize their dreams and thrive in their sport. Still, it would be better to have a social network to support you and significantly offer appropriate incentives to your backers. These top crowdfunding platforms for sports and athletes provide practical and effective features to raise lump sums and grow their fan base.