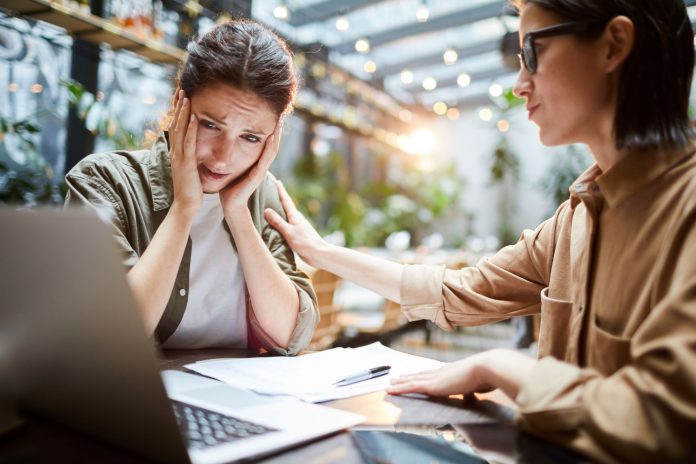 Unfortunately, even with suitable measures, a crowdfunding campaign might bite the dust. One top attribute to this is campaigners failing to reach their desired target. Or, in another term, setting an unrealistic funding goal. So, let’s say you had raised $900,000 from your targeted $1m; what will happen to the already raised cash. Or, even after meeting your goal, what happens if you fail to deliver your project?

This, among many more, is the top concern for most aspiring entrepreneurs turning to the crowdfunding market as their primary funding source. As you can expect, we have all the details to help you make an informed decision.

What Happens To My Money If a Campaign Fails?

First and foremost, after the end of a campaign, it’s not unheard of for some pledges to fail to collect, even in the most prominent crowdfunding platforms such as Kickstarter and Indiegogo. As a result, the platform reaches to the backers reminding them to honor their pledges. However, if they don’t fix the promises within a week of your campaign’s deadline, the pledge is annulled, and the individuals won’t be considered backers of your project.

So what happens if You Fail To Hit Your Target?

Primarily, it depends on the platform of your choice and, significantly, the financing model they employ. For instance, Kickstarter utilizes the all-or-nothing model. As such, if you fail to hit your target at the end of your crowdfunding campaign, the raised funds will find their way back to your backers pocket. That is, you get nothing. Sounds harsh, right?

Note that it’s impractical for investors to continue contributing to your project after the deadline day. Also, it’s impossible to extend the timeframe to fix a pledge.

On the contrary, Indiegogo employs two funding options. One is akin to that of Kickstarter and the flexible funding option. As you can expect, with the flexible method, you will receive the funds raised even if you fail to hit your target. Still, you have to deliver the perks you had promised.

A much more complex situation might arise even after hitting your target. Bear in mind, most crowdfunding platforms, if not all, deduct a percentage of your raised amount as platform fees and payment processor fees. In that case, if you receive the balance of collected funds which might be lower than your project’s funding goal after the platform has deducted its fees, you will still be accountable for completing their project and honoring the promised perks.

What if You Hit Your Target but Fail to Deliver The Project?

Yet another complicated scenario. It could be attributed to the just outlined situation, incompetence from the project creator, missing the first deadline, or worse, though rare, fraudulent campaigners.

Essentially, it would be best for investors to scrutinize a campaign and assess all possible risks before backing it.

If a project delays, fails to deliver, whatever the fault, campaigners ought to communicate with their backers and offer a lucid explanation promptly. Worst-case scenario, if campaigners cannot implement the rewards they promised, it would be best to provide alternatives to their contributors.

For instance, you can offer partial or whole refunds, discounts on similar products, or different rewards. This is the best course of action instead of the disputes or litigations that may arise from both parties. Backers can sue campaigners if they are not satisfied with the campaigner’s options. Primarily, this is the case for Indiegogo, which has the InDemand feature that highlights your campaign on the platform even after the final day.

On the other hand, it’s also possible for campaigners to receive the raised funds, fail to deliver their promises, and the crowdfunding platform can make no follow-up. Yes, campaigners will tarnish their reputation, but it’s also misusing the platform for personal gains.

Consequently, future projects might find it challenging to acquire funds to bolster their project. Nevertheless, backers should invest in authentic schemes, preferably with prototypes or legitimacy supporting their validity.

Again, it’s not uncommon for promising and creative ideas/projects to go down the drain even after the proper measures. Nevertheless, you shouldn’t discard your objective of launching your project. The following are some feasible alternatives you can consider when your crowdfunding campaign fails:

As already outlined, flexible funding is less risky and more alluring than the all-or-nothing financing model. Therefore, you can opt for platforms that employ flexible financings, such as Indiegogo or RocketHub, and still receive a portion of your funds even if you fail to hit your target.

Failing for the first time doesn’t imply the same results after trying again. Even better, individuals will be familiar with your project. But you ought to understand and optimize from what you didn’t do right with your first trial.

There is stiff competition from prevalent sites such as Kickstarter. Maybe your project didn’t garner enough traffic because you launched at the same time as other projects. However, there are several popular crowdfunding sites you can choose from and still hit your target. Also, factor out if the site is well suited for your niche.

Try Other Sources of Funding

There are numerous lending options in the market. Rather than relying on online strangers to take your project to the next level, you can opt for the more traditional sources of financing. For instance, invoice financing is quick for attaining instant cash and is less of a loan or credit.

Also, angel investors and venture capitalists can play a viable role in charging your venture for success.

Although they are more stringent and may not offer a lucrative and feasible alternative than crowdfunding, it might be the best way to inject cash into your project.