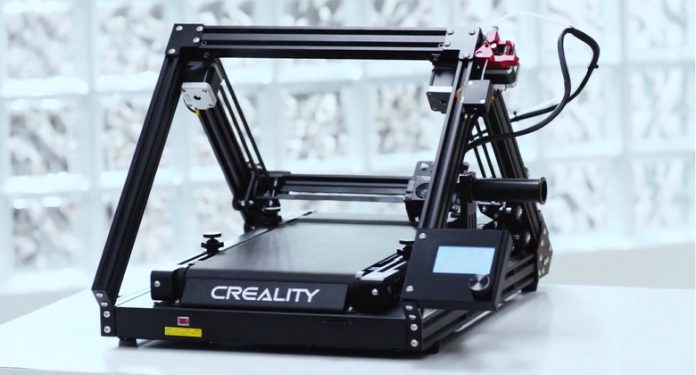 Creality, a leading 3D printing manufacturer and supplier in China, announced it had something cooking. The company worked on an infinite 3D printer that used a conveyor belt rather than a printing bed. True to their word, the company’s crowdfunding campaign hit the Kickstarter platform in mid-November.

In partnership with popular YouTuber Naomi Wu, who also doubles as the head of the project, the group managed to design, engineer, and launch a 3D printing belt on Kickstarter, the 3DPrintMill.

What You Need to Know About 3DPrintMill

This 3D printer combines the features of the traditional 3D printer and a conveyor belt. Simply put, it offers continuous printing and infinite or extremely long 3D prints. What this means is that you can print your items, even a 10kg roll of plastic, without any close supervision. Second, if you tilt the bed by 45-degrees, the back of the object you are printing will advance outwards while the front side is still printing inside the printer.

Its main features include:

The 3DPrintMill key parameters are:

So, who benefits from this printer?

While this printer seems to offer all the goodies its competitors do not provide, one can spot some cons.

First, the equipment’s calibration process is quite complicated and requires plenty of experience in handling previous Creality 3D printers, like the CR10-S.

Though not a novice idea and is still not available in the market, the infinite printing option can be a slow process when printing long items. This beats the essence of a 3D printer as you waste time waiting for the 3DPrintMill to print only one time.

The 45-degrees printing angle also poses a problem when printing some objects. While it might enhance the creation of some items, in others, it completely distorts the creation of some parts. For example, some boats created using this technology have distorted tails, which is not seen in boats printed from a traditional 3D printer.

Should You Back The Project?

If you are willing to overlook these cons and try out new technology in 3D printing, then maybe you can back the project. With a retail price of about $999.00, this sounds like a fair deal. Some of the competitor’s 3D printers cost more than $1,000. The Dremel 3D45 printer, Ultimaker S5, and MakerBot Replicator+ are excellent examples of this.

Still, saving some bucks while ignoring the complicated technicalities of operating the equipment and the fact that no other manufacturer has tried this technology and succeeded might not sit well with others.

Whether you should back the project depends on your ability and willingness to take a risk and have faith, or none, in such products.

Creality Ltd is a Chinese-based company that was founded in 2014. It focuses on designing, researching, and producing 3D printers and 3D-related printing products. For this project, the company has partnered with engineer and YouTube sensation Naomi Wu.

MoEa Is Bringing Sneakers From Fruit Based Materials