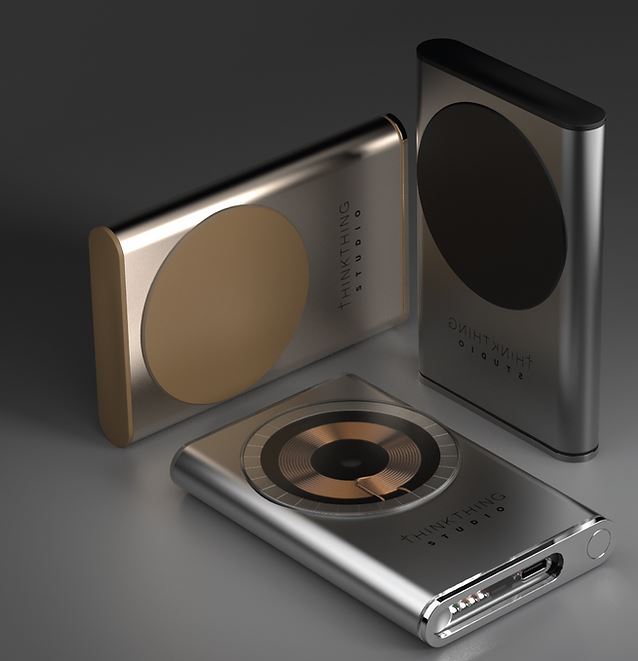 ThinkThing Studio is back on Indiegogo. This time, it’s crowdfunding for a power bank, MagSafer 2.0. Its last successful campaign was for a foldable, reusable vegan-friendly straw. The current crowdfunding project looks like a success, having hit its funding goal.

MagSafer 2.0 promises to be a versatile power bank as the ultimate wireless charger for universal phones. For starters, both the input and output of the power bank are wireless, with a 15W output.

Second, you can charge both the phone and the MagSafer 2.0 simultaneously. This double-sided design also allows you to charge two devices at once.

Third, it has faster heat dissipation, thanks to its aluminium casing. If you are using the latest smartphone models, you can rest easy. Mag Safer 2.0 input and output use Type C plug.

You can also attach it to any surface with the MagSafer 1.0, ThinkThing Studio’s existing wireless charger. Plus, the design, with a phone stand, allows it to stand at multiple angles, allowing you to charge your devices at an angle that gives you easy access.

Most importantly, it is waterproof. From the available videos on the crowdfunding campaign, you can charge your devices underwater. Unfortunately, the waterproof function is not available to all MegSafer 2.0 power banks, only a select few.

While the Super Early Bird offer is already sold out, you can still pre-order the Plan D Early Bird at $35.00, 14% off the RRP.

Are there other options in the market? Certainly. For instance, Techsmarter and Maxbear are all available on Amazon. However, these seem heavier. The former is also closer to the best alternative since it has a waterproof feature that the former one lacks.

ThinkThing Studio is a Hong Kong-based design company. It was founded in 2011 as a design and consulting firm. It has since evolved into a design brand with several unique products under its wrap. So far, the company has a reusable & foldable straw, Ztraw; a bookmark that doubles as a pen, Flipen; and a magnetic accessory attachment and wireless power transfer device, MagSafer.