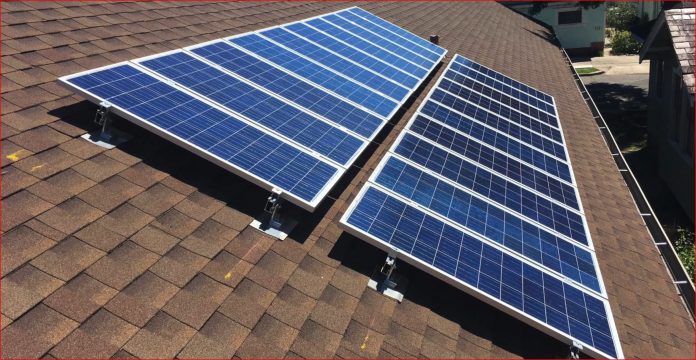 Solar energy provides power by renewing the energy from the sunlight using solar panels. The usage of solar energy has gained traction over the last decades, especially since it has low maintenance costs, lower electricity bills, and is a renewable source of energy. So, what is Legion Solar doing differently? Legion Solar 5 is a simple DIY solar system that uses AI, with an off the grid power system that your utility company does not control and durable battery storage.

Legion Solar 5 uses an AI computer, SolarRegulator™, created by Legion Solar, which contains energy generated behind your power utility meter. The regulator is all yours, and the utility company does not own it. There is control of all the energy produced by every Micro-Inverter, ensuring the produced energy is equal or less than your energy consumption. Also, the Micro-Inverters work independently for maximization of energy, unlike traditional solar ones that rely on each other. This allows you to generate your electricity without any restrictions or downtimes.

With Legion 5, your utility company does not see a solar system tied to any grid, meaning they will also see less consumption from you. According to Legion Solar, you do not have to seek approval for any interconnections.

You can start with the Starter Set and upgrade once you are familiar with the system and its components. By upgrading to stage 2 with the expansion sets, you can offset your daytime power usage. Stage 3 expansion sets have the BatteryCommander™ that allows you to store energy during the day for consumption at night. The last stage, stage 4 expansion set, has Off Grid Controller™ and Off Grid Inverter for emergency power when there are power outages.

Legion Sollar 5 has Bluetooth connectivity for easy monitoring of your energy consumption and production. You can also perform diagnostics, check the performance of the system, and much more from the app, available on Android and Apple.

Pros and Cons of Legion Solar 5

First, it uses sun rays, which is a renewable energy source. Solar energy is also cheaper, and Legion Solar 5 promises to reduce the costs by at least 30% of the traditional solar systems. It’s an easy DIY installation and involves no further costs like resellers markups and permits.

Legion Solar 5 panels are also lighter, about 50%, than the traditional solar panels. The design is also specific to Legion Solar’s Micro-Inverters, enabling them to match for high-efficiency conversion of DC to AC.

The Lithium batteries are maintenance-free and long-lasting, with a life span of up to 10 years.

However, the issues of not requiring any permits from your government or utility power company to install Legion Solar 5 might not be an option for every country. In that case, you might incur extra costs for government permits or fines for illegal installation. Also, upgrades will cost you some extra money.

Legion Solar is a product of PLX Devices, Inc., which is located in Silicon Valley California, and was founded in 2013. Legion Solar was built to reduce the usage of fossil fuel and increase the use of renewable energy from the sun.

Legion Solar has raised more than $3.2million through crowdfunding since 2013 and fulfilled over 27,000+ of the backpacker’s rewards. Other previous crowdfunding projects include the Legion Solar 4 on Kickstarter, which had 592 backers and raised $577,779.

Is it a wise decision to back Legion Solar 5? The answer lies in how much risk you are willing to take. From the comment section, there are positive comments from previous backers who backed Legion Solar 4. The upgrade on Legion Solar 5 seems promising, with a longer-lasting battery. However, it also depends on whether your country allows the installation of Legion Solar 5 without any permits or inspections.