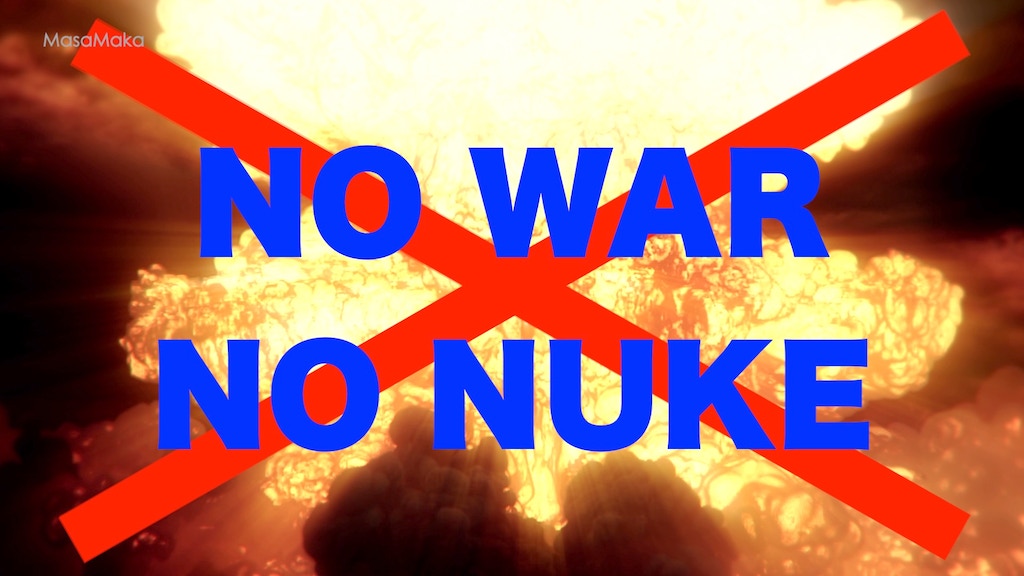 Most peaceful way to stop the war is to persuade the government by Russian citizen.

At this rate, sooner or later there will be a nuclear war. In order to avoid using nuclear weapon, the war using conventional weapon must be stop soon, because nukes will come after conventional war.

However, If other countries enter the war, it will be World War III, and the danger of a full-scale nuclear war will be greatly increased. Most peaceful way to stop the war is to persuade the government by Russian citizen.

So, to encourage Russians against the war,  I started producing a music video as a guide vocal karaoke (which is a cover “Street Fighting Man” The Rolling Stones)to send ale to anti-war movements.

I didn’t know “KICKSTARTER” yet at that point.So I had no choice but to upload the draft to Youtube and then randomly send it to famous persons, anti-war web site, Government relations, e.t.c. and beg for help in spreading it, but it didn’t work.

But, now I know “KICKSTARTER” such a great system. Please support me, if you believe the potential of Russian citizen, and dislike nuclear war.

The money you provide will be used for YouTube’s TrueView Discovery ads,  the exception of Japan’s TAX, and replenishment of payments made to stock photo or stock footage.

Even in a nuclear war in a limited area, the dust raised into the air from the explosion blocks the sun’s rays, the earth cools, crop failures, countless deaths from starvation occur. Of course, in a full-scale nuclear war, not only humanity, but most lives will be destroyed. It is no longer a matter of conflict between the two countries. May the peace will come soon.