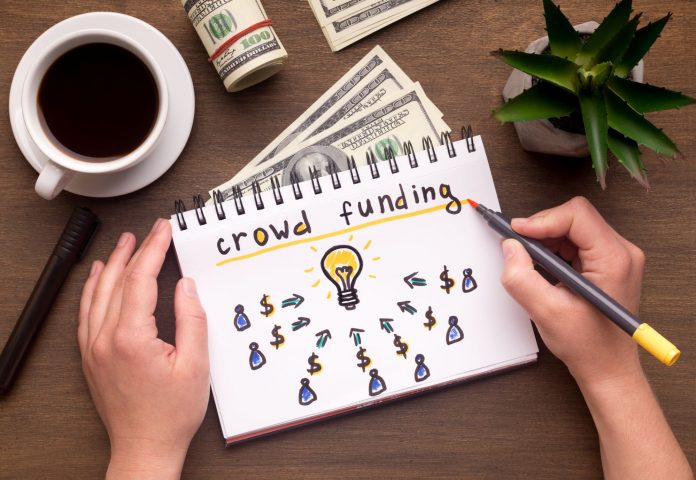 Gone are the days’ entrepreneurs and inventors had to dip into their savings to launch new entities. Alternatively, ensured they met the stringent and lengthy applications to qualify for bank loans or disseminate their ideas to a flock of investors, hoping one would pitch in and get their project off the ground. Instead, thanks to the immense power and success of the crowdfunding market, many individuals have turned their creative ideas into innovative products.

Crowdfunding websites such as Kickstarter and Indiegogo have risen among the primary funding sources for various projects. For instance, individuals have raised more than 5.94 billion U.S dollars in Kickstarter in the last decade. As you can imagine, the adoption of crowdfunding is skyrocketing, and there is no doubt this trend will continue rising. It’s almost impractical to elude the immense power of crowdfunding. And it’s not our priority at the moment.

In this masterpiece, we will be highlighting five businesses that found their footing through crowdfunding and set up multi-million dollar brands.

A 20 years old Palmer Lucky, the founder of Oculus Rift, alongside three others, announced a virtual reality headset purposely for video gaming. In August 2012, Palmer and John Carmack launched Oculus Rift on Kickstarter, intending to raise $250,000 further to develop the product. To lure more backers into their campaign, Palmer and John announced that they would reward backers who pledged $300 or more with a “dev kit” version.

Within 24 hours after the campaign launch, Oculus Rift surpassed their goal of $250,000 and raised an incredible high of $2.4 million within 30 days. The core attribute to this milestone was that this was a unique product, better than the existing products in the market, and still affordable. In general, Oculus Rift garnered more than 9500 backers.

In 2014, due to the mass awareness and success Oculus Rift had garnered through crowdfunding, Facebook acquired it for $2 billion. Still, there was a lot of controversy surrounding the acquisition since the original backers wanted to profit from the company’s achievement. However, subsequently, the company has seen tremendous growth and is among the biggest crowdfunding stories.

Yet another Kickstarter success. Although a discontinued smartwatch at the moment, Pebble watch raised $10.3 million through its crowdfunding. At the time, it was the most funded project in Kickstarter history.

Moreover, by promising its backers wearable smartphones for less than $100, Pebble delivered its perk in 2013. In particular, they provided the first smartwatches compatible with Android and iOS.

Eric Migicovsky, the founder of Pebble watch, pursued crowdfunding in April 2012, intending to raise $100,000. Considering how alluring the rewards were, the campaign had met its goal within two hours after the launch.

Despite Pebble Watch’s enormous success through Kickstarter, the company launched yet another campaign in 2015 for its second-generation product. The campaign was also successful. But, unfortunately, 2015 was still the year Apple Watch broke the ranks changing the standards of smartwatches.

Ultimately, Citizen, a Japanese watchmaker company, wanted to acquire Pebble for $740 million, but Migicovsky rejected the offer. It turned out to be a blunder. A year later, Fitbit acquired the Pebble watch for less than $40 million.

All in all, the Pebble watch was a significant Kickstarter breakout success.

Yet another creative success story in Kickstarter. Contrary to the above options, PopSockets isn’t a tech company. Instead, it’s an accessory company that produces removable grips for smartphones. PopSockets founder David Barnett, a professor of Philosophy in Colorado, created the first version of the product in 2010.

The core attribute of his discovery was finding an alternative to stopping his headphones wires from getting tangled. As a result, he came up with what seemed a peculiar solution by sticking two buttons at the back of his phone and wrapping the headphones wires around them. And it worked.

Barnett enhanced his discovery by learning 3D CAD software and creating 60 prototypes within 15 months. Subsequently, he launched a Kickstarter campaign in 2012 and raised more than $13m.

PopSockets is among the best-selling products on Amazon, with a revenue of over $200million. It’s a success story all prospective campaigners have to emulate to take their creative and innovative products to the next level.

Allegedly, Allbirds is the world’s most comfortable and convenient footwear. As you can imagine, they are all-natural sneakers (made from wool and eucalyptus) that found their footing through crowdfunding. With a valuation of $1.7 billion as of 2021, Allbirds co-founder Tim Brown opened a Kickstarter campaign in 2014 to make wool shoes. He went on to raise $120,000 in five days from 970 backers. Initially, Brown intended to raise $30,000.

Brown ended the campaign after the feat and began developing the product. After two years, they officially launched the Allbirds Wool Runner sneaker and sold more than a million shoes within two years.

Allbirds was able to garner media exposure on the first day of its launch. Great and innovative products such as Allbirds can be an immense success on most crowdfunding platforms.

Danish entrepreneur Nikolaj Hviid founded Bragi in 2013. With a target of raising $260,000 through crowdfunding, Bragi raised $3.4 million. They surpassed their initial mark in less than 48 hours and became the most successful crowdfunding campaign in Europe.

From the publicity, success, and significantly the innovation of Bragi, Nikolaj grew the startup to a multi-million dollar business.

The above 5 successful businesses that crowdfunded are remarkable proof that with a great idea/product, the perfect pitch, zest, and appropriate measures, you can build or boost your startup to a profitable venture. Check out our top post, Elements of a Successful Crowdfunding Campaign, and gather practical and productive insights to make your project the next success story.