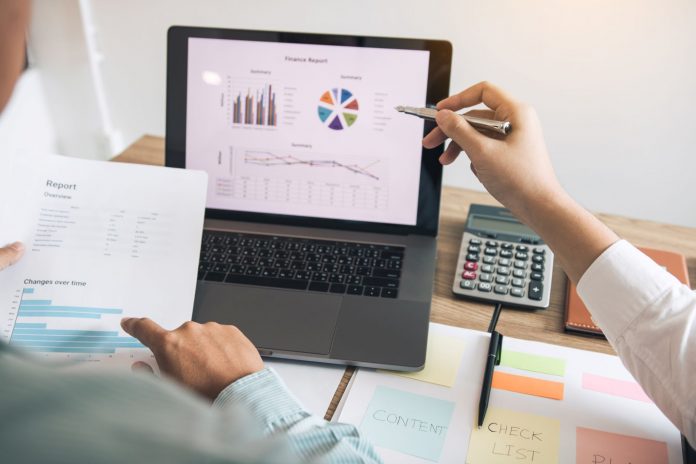 Crowdfunding continues to be an accessible and feasible alternative for business-minded individuals, nonprofit causes, and people with personal needs to raise lump sums. Thanks to the digital era and significantly the extreme adaptability and flexibility of the crowdfunding market, this phenomenon wave is here to stay. In fact, statistics show that the crowdfunding market is projected to grow to $300 billion in the next eight years.

Unfortunately, not all platforms are ideal for soliciting lump sums, offering visibility, and in general, taking projects to the next level. It worsens, considering some individuals have capitalized on crowdfunding’s goodwill to create phony platforms that prey on susceptible individuals. We are trying to say that choosing the perfect platform can be intimidating. Before launching your project or cause on any website, you must consider several factors.

To help you get started, we’ve reviewed, researched, and gleaned insightful data to create this masterpiece that pinpoints the top 5 crowdfunding websites of 2022.

The following list is based on a platform’s ease of use, friendly processing fees, ability to integrate with social media sites, prior fundraising success for their customers, and other considerations.

Undoubtedly, Kickstarter is the most prevalent and potent crowdfunding website. Its immense popularity has led to crowdfunding being synonymous with Kickstarter. With its headquarters in Brooklyn, New York, U.S Kickstarter has received nearly $6 billion in pledges from backers worldwide. Since its launch in 2009, Kickstarter has hosted more than 205,000 projects with film, video, and music categories boasting tremendous success.

Kickstarter supports many creative projects, and individuals can raise money for art, journalism, food, publishing design, and technology. The most attractive feature of Kickstarter is its immense popularity, which enhances the discoverability for creatives and project managers. Several innovative features such as the gaming sensation Star Citizen (an ongoing campaign that has raised more than $400 million from the initial $2million target) have found their footing through Kickstarter.

As you can imagine, Kickstarter boasts incredible numbers and is a powerful crowdfunding platform. Nonetheless, it’s not a walk in the park to successfully run a campaign on Kickstarter. The majority of projects launched on the website, 60%, bite the dust, with only 38.92 campaigns being successful. The significant attribute to these statistics is that Kickstarter employs an all-or-nothing model whereby individuals only receive their funds after hitting their target.

Launching a campaign on Kickstarter is free, but at the end of every successful project, the platform deducts 5% of the funding total plus an extra 3% payment processor fee.

Yet another powerhouse in the crowdfunding arena, Indiegogo is the second most prevalent and potent crowdfunding website. It’s more liberal and flexible than Kickstarter since it allows a broad collection of projects and ideas, including nonprofits. Moreover, it boasts many categories and extensive features and is less stringent than Kickstarter.

Indiegogo is also an American crowdfunding website available in more than 200 countries. With more than 15million monthly website visitors, Indiegogo is an ideal platform for tech creators and entrepreneurs to launch their campaigns. The website hosts more than 19000 campaigns every month. Unfortunately, and similarly to Kickstarter, not all campaigns become successful.

Indiegogo rarely discloses its data, so we can’t state its success comprehensively. However, as of January 2019, the platform had raised more than $1.6 billion and has helped bring over 800,000 ideas to life.

As already outlined, Indiegogo has several features, such as the InDemand feature that allows creators to continue raising funds and building their backer community even after the end of their campaign. Moreover, you can integrate Indiegogo with other platforms like Meta and Google to enhance your campaign’s visibility. It uses a more friendly and flexible financing model, whereby you can retain whatever funds you have raised even after failing to hit your funding goal. The platform charges 5% of the raised funds plus a 3% payment processor fee.

Having raised more than $9 billion in the last decade, GoFundMe is undoubtedly the most popular crowdfunding website for personal projects and donations. Individuals can raise money for various purposes such as medical needs, emergency relief, celebrations, volunteer services, or business needs. However, the latter may fail to raise much capital.

GoFundMe has many donors, making it an excellent option for individuals and nonprofits to raise awareness and money for charitable causes. For example, several fundraisers such as Las Vegas Victim Funds ($11,8 million) and America’s Food Fund ($45.1 million and counting) have received millions in donations globally, thanks to GoFundMe.

Setting a campaign on GoFundMe is free, and even better, the website doesn’t charge platform fees for organizers. Still, campaigners are liable to a processing fee of 2.9% plus $0.30 per transaction. Moreover, backers can donate to GoFundMe when contributing to a campaign.

SeedInvest is a leading equity crowdfunding platform connecting entrepreneurs and startup owners with individual investors. With its launch in 2013, SeedInvest has built liquidity by attracting wealthy individuals and venture capital firms. This is a perfect platform for startups and SMEs sourcing for funding to get their ventures off the ground.

However, SeedInvest has a stringent vetting procedure, as it only allows entities in their early stages with a high potential growth to launch on the website. Creators offer equity or convertible notes to their backers in return for funding. SeedInvest also boasts incredible numbers, having funded more than 250 companies and a rapidly growing network of over 575,000 accredited and non-accredited investors.

Patreon is different from the typical crowdfunding websites since it doesn’t allow individuals to raise funds for a specific project. Instead, it offers a subscription model whereby patreons or fans contribute to their favorite creators monthly. Patreon enables artists and creatives to monetize their craft and content while maintaining artistic freedom. Moreover, the platform allows creators to form relationships with their fans and create a solid and loyal following.

Jack Conte, a YouTube musician, created Patreon in 2013, and since then, it has attracted more than 200,000 creators helping them earn more than $2 billion. In addition, Patreon boasts more than 5 million monthly active users. The platform charges 5-12% commission to creators’ monthly income based on their service tier (lite, pro, and premium)